In Giro by Design & Other at Perimeter

Melbourne-based collaborators Design & Other explore the relationship between travel and memory with their debut Australian exhibition at Perimeter Books. 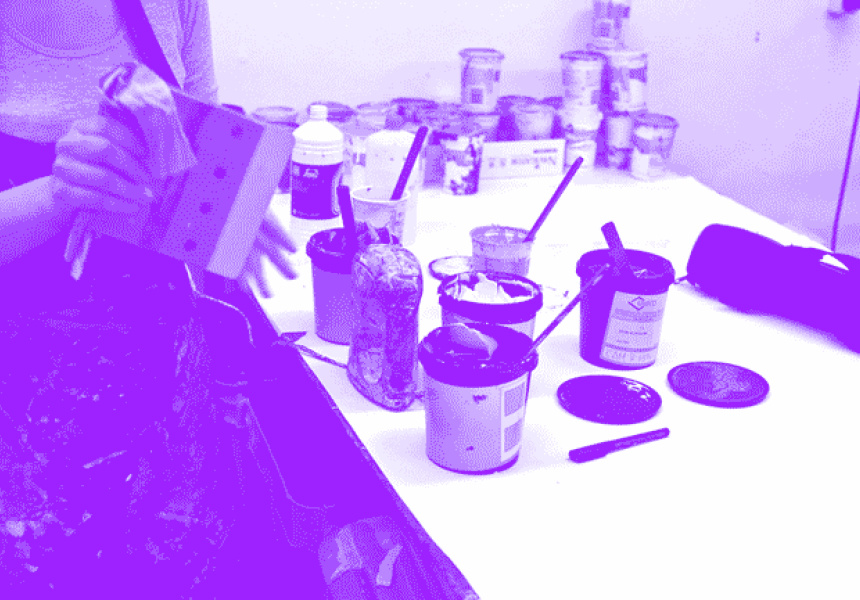 Our experiences of place can often be more powerful in retrospect. Sometimes creating an image or telling a story can evoke a technicolour version of the past, bringing new depth to old travel encounters or casting a well-worn memory in a different light.

In Giro, a new exhibition by Design & Other – the collaborative vehicle of Cameron Lofthouse and Monica Placella – sets out to explore exactly this notion. The collection of silkscreen prints produced by the Melbourne duo during a residency at Amsterdam’s Graficsch Atelier re-imagines the moments that defined a journey through Asia and Europe as a series of angular compositions and colour-bursts.

In Giro recounts the neon energy of Hong Kong with concentric circles and swathes of hot pink, and an encounter with the aurora borealis in Reykjavik via immersive green and grey forms. It’s an approach that rejects the trope of the postcard-perfect image in favour of travel’s assault on the senses.

In Giro shows at Perimeter Books until March 30.