The Fitzroy gallery and Melbourne art institution is moving. But there’s time for one last show, presenting work old and new. 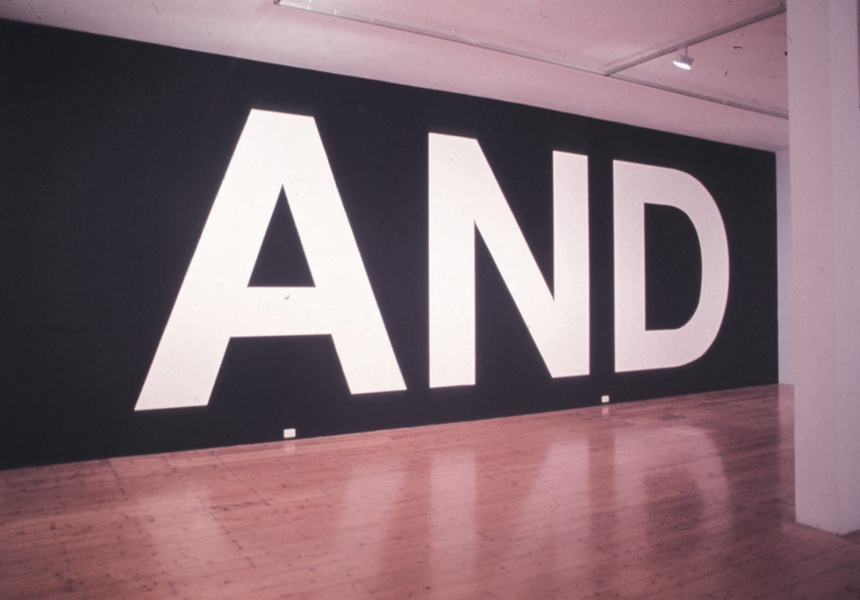 The End of Time, The Beginning of Time exhibition installation shot at opening event, 2017 In the shopfront window of Fitzroy gallery Gertrude Contemporary a real estate advertisement extols the virtues of the site. “Its vogue Manhattan loft-like interiors have been tastefully restored with soaring ceilings,” the sign reads, “adding a touch of class to the charm of yesteryear.”

This isn’t the real deal. It’s a 1994 artwork called Best kept secret by Sydney artist Danius Kesminas, which appeared in an earlier Gertrude exhibition and is re-showing as part of the gallery’s farewell.

Gertrude Contemporary is leaving Gertrude Street after 30 years. In that time it’s hosted more than 300 artists in its upstairs studios, and thousands more in the gallery itself. But nothing stops the march of gentrification, and 200 Gertrude Street is prime real estate.

The gallery is signing off with one final show before they relocate to a shiny new space in Preston. The End of the Time, The Beginning of Time is a beautiful send-off, reuniting 20 artists from across the gallery’s history with works old and new.

There’s a sense of playful irreverence and self-awareness to all the work chosen. Mark Hilton’s Shit happens is a busted ladder propped up over a doorway. Rose Nolan's hessian banner reminds us that “It's not good to worry about space”, and Reko Rennie’s site-specific new work bemoans: “There’s only so much white guilt you can trade on.”

Seen together, it’s somewhere between a collective celebration and a shrug of resignation. Noriko Nakamura, for instance, has cut a big hole in the wall, exposing the wooden beams and the original gallery wall from 1986, and called it Ready to walk away.

But it’s not the end. As we’re reminded by Mutlu Cerkez and Marco Fusinato’s wall-sized piece in the main gallery – which simply reads “AND” in letters as big as feasibly possible ¬– this is a comma in the history of Gertrude, not a full stop.

Gertrude will be keeping a presence in the neighbourhood – the sister gallery Gertrude Glasshouse, just around the corner on Glasshouse Road, isn’t going anywhere. The first major exhibition at the new Preston gallery opens in July.

The End of the Time, The Beginning of Time is on at Gertrude Contemporary until June 10.