Brunswick Street’s humble textile and design hub, Ganim’s Store, will be closing its doors this weekend, but not without a thank-you-for-having-us sale to go out on. 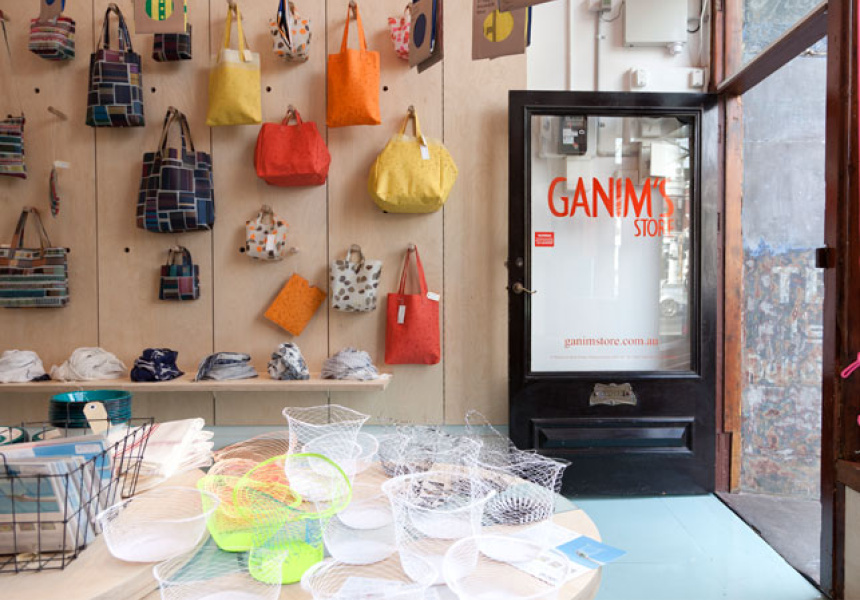 The news comes as a surprise, but lacking the time, physical space and energy needed to maintain the store and all of its curiosities, owner Rae Gamin knew that “the jig was up”.

“When we began Ganim Store two and a half years ago, we never knew quite what it might be, and also when it might not be,” says Ganim.

“When I opened, I suppose my ideas were a lot bigger than what I was physically able to achieve.”

Ganim’s Store will cease trading at the end of Saturday February 15 and it remains uncertain whether she will pursue a similar venture.

“At the moment, no. But that’s not to say we won’t continue it in another way. I’m just not sure.”

It’s sad to say goodbye, but the team is doing it with gusto, offering 40 per cent off a range of items from today (Tuesday February 11) until Saturday February 15.

“We’ve got a lot of tableware, ceramics from France, from the Netherlands, from Shanghai. We’ve got quite a lot of products from Japan, fantastic dolls from France by a designer called Nathalie Lètè; just a lot of very useful things from all over the world, with prices from $5 to $300.”

You’ll also still be able to get your hands on a range of design pieces by visiting the online store, which Ganim plans to transfigure in a slightly different way once closing up shop.