A new group show at Heide Museum of Modern Art considers contemporary art’s engagement with cultures other than its own. 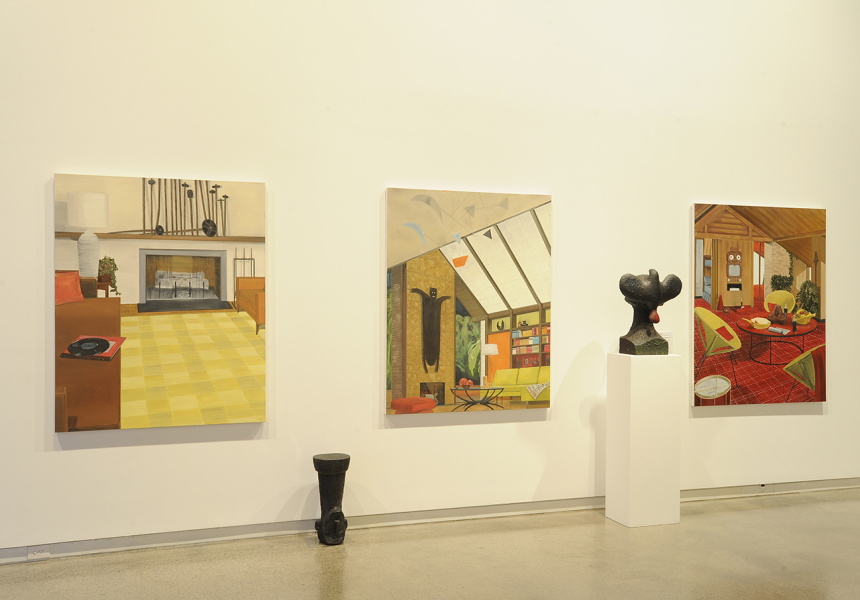 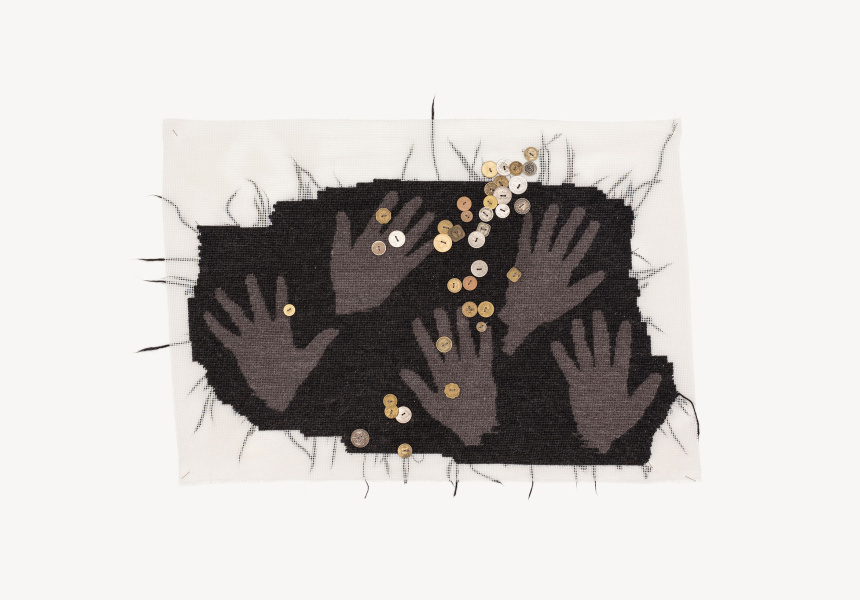 Wandering the Heide project space, it’s not hard to imagine that you’ve entered something of a parallel existence. Featuring the work of young Sydney artist Sarah Contos, the space – which flanks the main entrance to the gallery and acts as something of a precursor to the collection of work that populates Future Primitive – is an amalgam of freeform kitsch, skewed classicism and alien punk.

Contos’s “fictional primitivism”, as she calls it, acts as a playful preface to the main body of Future Primitive, which features the work of Narelle Jubelin, Mikala Dwyer, TV Moore, Michelle Nikou, David Griggs, Alasdair McLuckie and Fiona Hall among several other Australian and New Zealand artists. Curated by Linda Michael, the exhibition treads a thorny and culturally loaded terrain tracing contemporary artists’ re-engagement with notions underpinning modernist primitivism (especially the work of Picasso and Matisse) – a mode that saw Western artists assume and appropriate elements of tribal and so-called ‘primitive’ art, often with little knowledge of its implications.

Making your way around Heide’s various spaces, Michael’s idea of “future primitivism” is far less of a one-way street. Sydney artist Daniel Boyd is of Aboriginal and Vanuatun descent and his series of glue-dotted oil paintings address modernist primitivism head on. His painting of an iconic photograph capturing Picasso wearing a Native American headdress is of particular importance. It is at once venerating and mournful; it celebrates the great artist and questions his consciousness of the implications of posing in such an artefact. Wearing a headdress for fun doesn’t free the object from its history, significance and cultural meanings. New Zealand artist Graham Fletcher’s stunning suite of architectural paintings, meanwhile, captures the handsome interiors of modernist homes – walls, floors and shelves littered with meticulously arranged Maori artefacts. It articulates the great conundrum and disparity of the primitivist urge: cultural resonance and substance dissolves into fetching decoration.

There are further tactics at play. Newell Harry’s wall sculptures – vast orbs woven with thread and cloth – resemble appropriated Pacific objects, yet they are in fact the outcome of sustained cultural contact and exchange. Made in collaboration with artisans from the Pacific region while Harry lived amid various island communities, the works are woven from the clothing, junk and debris that arrived in the wake of colonialism. They represent the knots, weaves and tangles of history.

Ricky Swallow’s stunningly concise series of sculptures are primitivistic in their formal and material trace. They take the form of bronze jugs, vases and vessels, yet they are cast from rudimentary arrangements made with cardboard tubes. Sanne Mestrom’s collection of sculptures, too, complicates its formal bearings with its material echo. Her raw, animalistic and human forms are cast in brass from cardboard.

Importantly, the future is implicated in countless of the works too. Rohan Wealleans’ vast, painted relief sculptures and photographs of painted and bejewelled vaginas make for a kind of hyper-sexual, psychedelic, imagined wonderland. They read like cosmic artefacts and mutations from another dimension. Jess Johnson’s fastidiously realised, optically complex drawings, meanwhile, assume elements of comic and lowbrow art to create tableaux of foreign, mutant future worlds.

Dylan Martorell’s interactive installation – which allows participants to make their own primitive electronic music by completing the circuit between various sensors and objects – perhaps offers the most telling summation of Future Primitive’s missive. Using domestic junk and street-side detritus collected the world over to build a kind of musical shrine, it cobbles together what is readily available to forge a different set of possibilities.

Martorell’s cooption of supposedly primitive techniques is of social and political resonance. Strung and taped together, the work offers cues, clues and directions as to how we can move forward in an age of mass consumption, waste and excess.