Smith Journal, the little brother of Melbourne-based publication Frankie, is finally out this week. 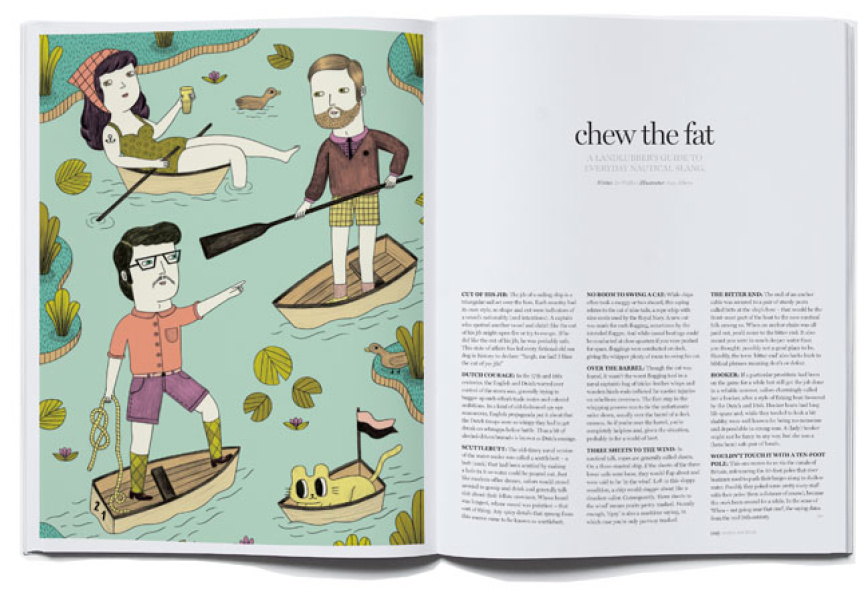 Smith Journal is a twice-yearly publication targeting the manlier of the sexes. Tired of there being little suitable reading material available for the men in their lives, the Frankie team decided to create Smith Journal – a magazine for discerning lads who don’t mind a bit of culture. There’s less exposed flesh and more substance than most of the other options it sits alongside on the magazine racks and, unlike many, it’s a publication men can proudly read in public.

“Smith has lots of stories about men in it but we think ladies will like it too,” says Frankie publisher Louise Bannister. “It’s very lady friendly. It’s for anyone who is interested in the world and the people in it.”

The first edition, which hits stands on Friday, is packed full of interviews, profiles and a good spread of witty opinion pieces. “If the issue isn’t profiling someone inspiring and interesting, it’s questioning and delving into everyday stuff,” says Bannister.

There are interviews with men who build things, a profile on a guy who lived in the wilderness for 30 years by himself, as well as some interesting features on banjos, chess and a mind-bending look at quantum physics thrown in for good measure.

Smith Journal retains the same familiar charm of its older sister, but certainly has its own style.

“You could say they’re from the same family – lots of white space…but the treatment of pictures and text is a little different,” says Bannister. “Smith is its own thing.”

And like Frankie, Smith Journal claims it’s not particularly concerned with being the coolest, the biggest or the first in line. It is, however, interested in making things that last. And we like that.