The Force Behind Flume

Ahead of a sell-out national tour, Sydney-based electro wiz Harley Streten talks stage tricks, stalkers and shooting straight to the top of his game. 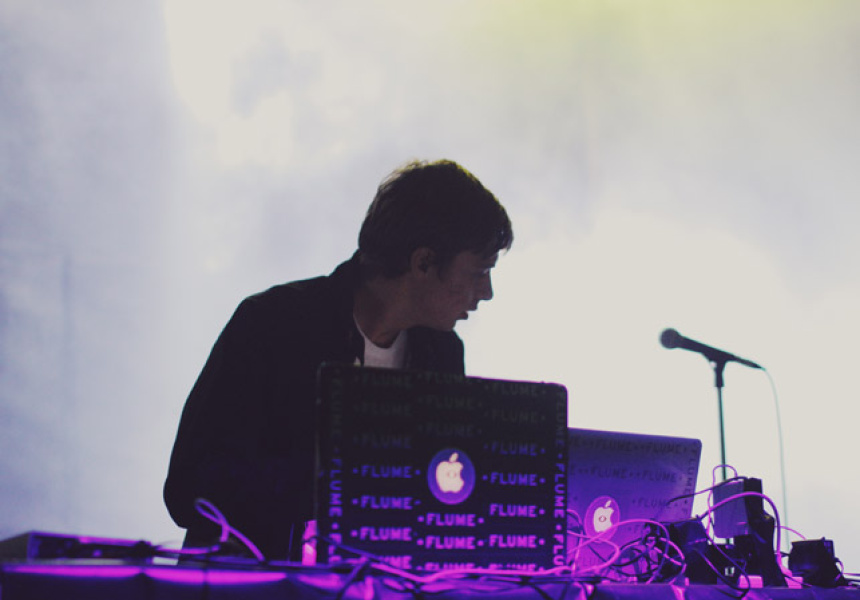 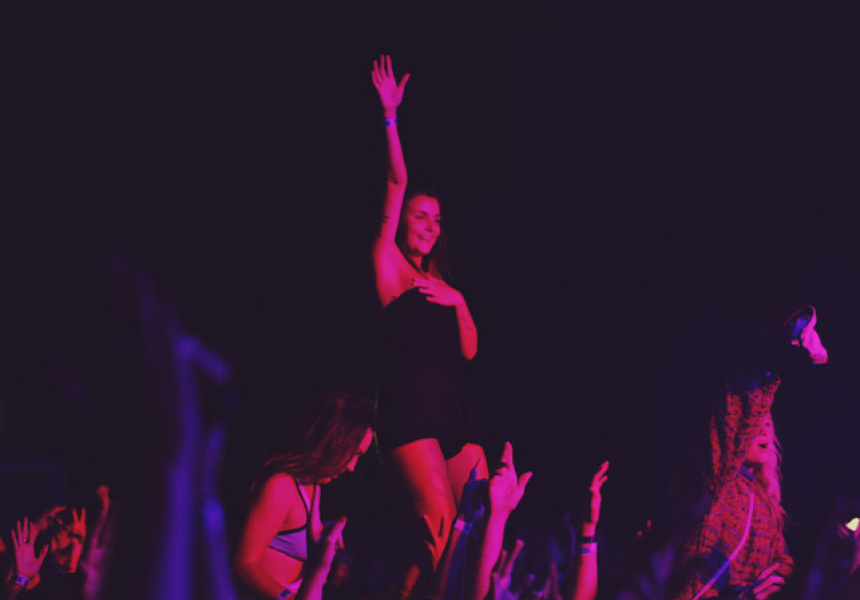 Currently enjoying a career trajectory most astronauts would be proud of, 21-year-old Harley Streten, aka Flume, has gone from Sydney studios to storming SXSW – via sell-out dates across the States and the UK – all in the past six months.

With his self-titled debut record going platinum in Australia and winning over fans and critics worldwide with its glitchy, genre-defying electronica – which skirts chillwave, EDM and R&B without a second thought – the future’s looking bright for Streten. Back in the country for the start of his Infinity Prism tour, which kicks off in Sydney next week, we caught up with him to chat over his recent successes.

Ben Olsen: You’ve had an incredible 2013 so far. What have been the highlights?
Harley Streten: I’d say hitting the States was a highlight. While travelling from LA to New York it was crazy to see how different the cities there were across the country.

BO: How has touring overseas affected you?
HS: It’s given me an opportunity to get outside Australia and travel and see things. You don’t get a lot of time to explore when you’re touring, as you’re in one place for a night, you pack up and move on. But it’s a lot of fun cruising around and seeing things – I’ve been enjoying it a lot.

BO: What can we expect from the upcoming Infinity Prism tour?
HS: I’ve got a lot of different versions of tracks I’ve been working on. As we never have time to play everything, I’ve done a medley of some of the smaller songs, just like Daft Punk would mash up a few songs into one. I’ve got a bit of that going on. We’ve also created specially made visuals for each show; the team have been working away at it for a little while and I think we’ve got something really special, which I hope will come across well.

BO: Do you have a favourite track to play live?
HS: I really enjoy playing Higher. It has a really heavy kick-off element that I like about it, which makes it fun to play live. It’s a super-fun party tune and gets a great response.

BO: When are you happiest: performing, producing, writing or recording?
HS: The best part for me is the creative stage at the beginning. I’ve got so many unfinished tracks, which are just ideas for now. And although I hadn’t liked the fine-tuning part so much, I’ve worked through that and it’s gotten a lot better. Performing live was very different to what I was used to, but now I’ve started to tour I’m getting a lot more out of it.

BO: How have you enjoyed your newfound fame?
HS: I’ve had crazy notes left on my doorstep at home, which is kind of weird. Creepy love notes, which is kind of fucked up. Shoot me a Facebook message, that’d be nice, but don’t rock up at my door!

BO: As a Sydneysider, how would you spend an ideal day in the city?
HS: I live around Manly so it’d have to include the ocean. It would start with a really good night’s sleep and getting up at 7am to go down for a surf. Then I’d have a coffee and head to the studio and meet Chet Faker – who’d happen to be in town.

BO: Sydney’s mayor is keen to encourage more creativity in the city. What would you want to change?
HS: I’d like the city to be more relaxed on licensing when it comes to alcohol – that would help small businesses survive and encourage more small bars to open.

BO: Who else should we be looking out for this year?
HS: The band Jagwar Ma are going to be doing big things this year. Then there’s Chet Faker, who’s supposed to be putting an album out. And Ta-Ku, too, he’s been on fire lately with some really good stuff so hopefully he’ll break though this year.

Flume plays in Melbourne on May 2 at Festival Hall.