Five Art Exhibitions to See in Melbourne This Week

From millennia-old Greek artefacts, to cartoons, slinkies and GIFs. 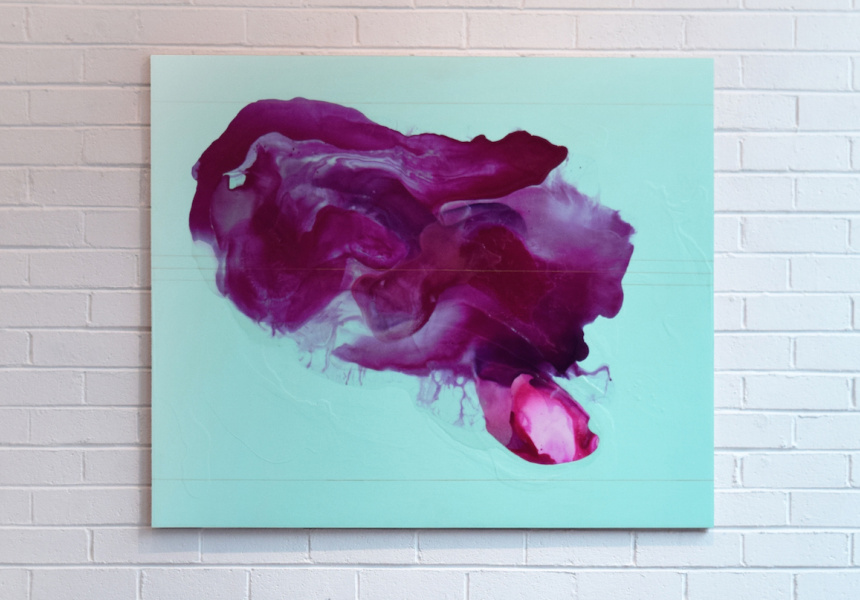 Got some free time coming up? Here are five shows worth checking out in Melbourne right now. Some even share a gallery, or are next door to each other, so you don’t need to travel far.

These two colourful, brash shows open this Friday night in two galleries a stone’s throw from each other in Brunswick.

Up the road at Tinning Street, Claire Lefebvre’s work is a calmer experience: all silken lines and flowing, warm, velveteen splashes of colour made by pouring paint straight onto the canvas.

The big show is Dancing Umbrellas, a dazzling show spanning decades of Australian artists and turns the white-walled gallery into a clash of colour, light and movement. The first thing that strikes about Dancing Umbrellas is how raw and DIY it is. The artists revel in ordinary objects and light sources: paper, foil, cardboard, slinkies, GIFs, fluorescent light bulbs, turmeric, coffee – all are mined for their colour and texture.

Meanwhile, Making History: Angry Penguins draws on the gallery’s own history. In the first half of the 20th century, Heide was a hotbed of revolutionary painters including Arthur Boyd, Joy Hester and Sidney Nolan – a movement known collectively as the Angry Penguins. This retrospective is a strong record of a big part of our art history.

Making History: Angry Penguins runs until November 6 at Heide I.

Downstairs in the museum, items from antiquity are encased in glass. But upstairs in a darkened room, Henson takes artefacts out of quarantine and returns them to their original purpose through a series of atmospheric photographs. A pair of earrings is to be hung from ears, a golden crown is to be worn, and a cup is to be drunk from. Henson has photographed these moments in rich golds and blues, intimate, passionate and compelling. The title, Oneiroi, is a reference to dreams in Greek mythology, and the photos project an incomplete, dreamlike world.

Bill Henson’s Oneiroi opened on Friday April 8 at the Hellenic Museum as a permanent exhibition.