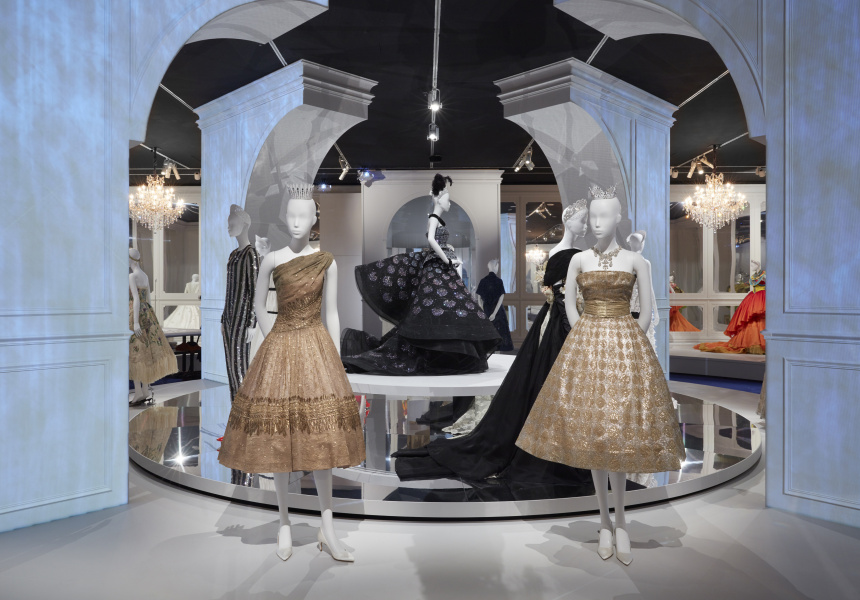 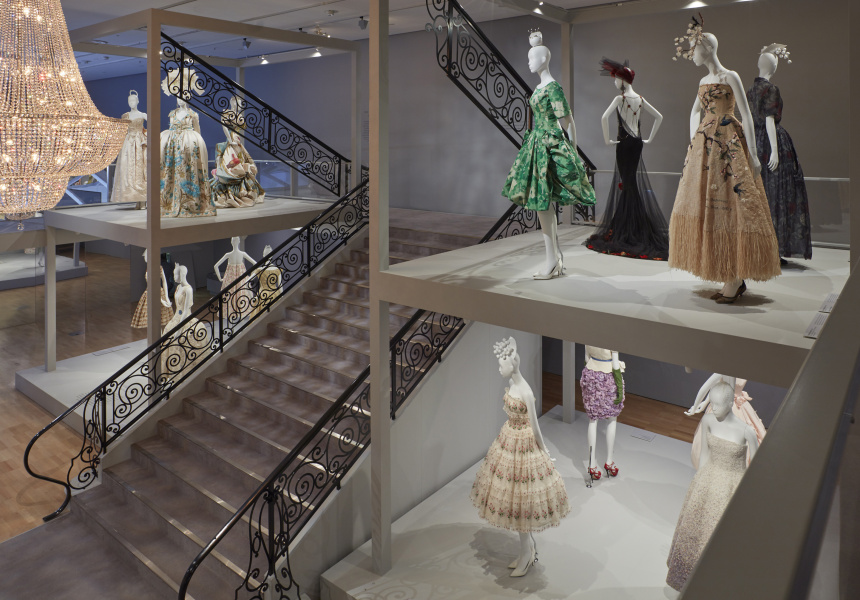 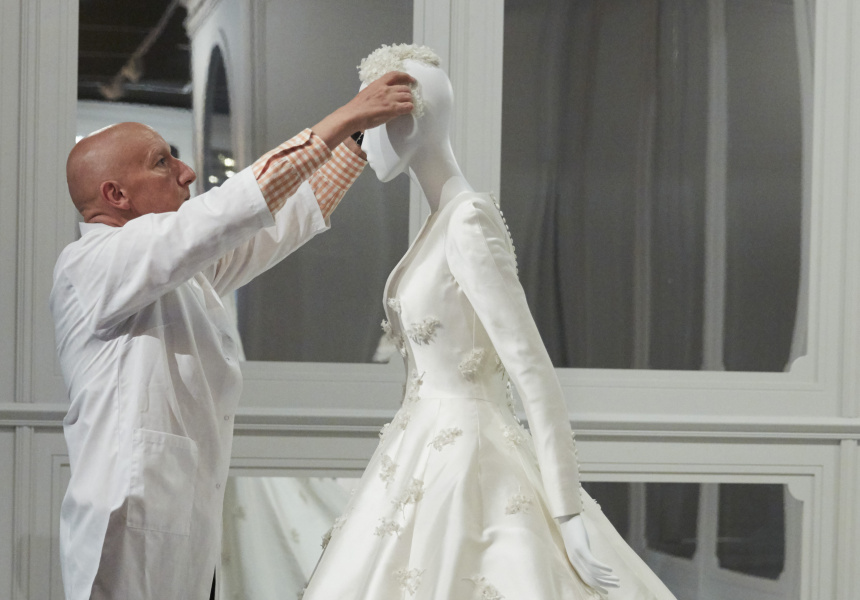 In the most extravagant room at the National Gallery of Victoria’s new House of Dior exhibition, a dreamy classical soundtrack plays as you wander among floor-to-ceiling mirrors and an array of whimsical gowns – the shiniest of which rotates on an elevated podium in the centre. This is, you imagine, what the collector’s closet of some obscure European royal might look like.

Melbourne is one of only three cities around the world – in addition to New York and Paris – that has been chosen to showcase the House of Dior 70-year anniversary exhibition, which features hundreds of one-off pieces dating back to the 1940s. The gallery has been transformed into a grand maison in the process, with chandeliers hanging overhead, plush grey carpet and risen walkways that give visitors a new perspective on Dior’s vision.

Pay attention to the meticulous handiwork on each garment, which is the result of hundreds of hours of painstaking labour – by definition, haute couture garments are made by hand from start to finish. Glass screens guard only a few gowns in the exhibition so for the most part you have the opportunity to see every bead, every sequin, every sheet of tulle and knot of tweed from less than a metre away.

The exhibition runs chronologically, beginning with Christian Dior’s iconic Bar jacket, part of a debut collection that the American press dubbed the ‘New Look’. The jacket’s sloping shoulders, pinched waist and pleated skirt became one of the brand’s core silhouettes. It has lived on in the re-interpretations of Dior’s six successive designers, and has been reimagined by countless other designers outside the house.

Dior’s 1947 collection was both groundbreaking and accordingly controversial: in the immediate post-war period, long-length skirts were considered excessive at a time of austerity and fabric rationing. When Dior visited the US at the end of 1947, he encountered protest in the streets.

“There were people with placards saying ‘Go Home Mr Dior,’” says exhibition curator Katie Somerville. “There’s a famous chant that goes ‘Mr Dior, we abhor dresses to the floor.’ Women, to an extent, had enjoyed the freedom of wearing structured masculine clothes with no big long skirts [during the war period]”, she explains.

But the criticism was short-lived and did little to stem Dior’s bold new look from permeating global fashion. His designs were so successful that in 1949 his garments are said to have accounted for 75 per cent of France’s fashion exports.

“People just embraced the idea of something new, optimistic and a departure from the experience of war,” Somerville says.

Dior, who died in 1957, had a relatively short career spanning just 11 years. His house – and the light, feminine and playful signature he pioneered – has endured due to a cavalcade of talented creative directors.

Raf Simons’ Dior is on display in the Belgian designer’s minimal pantsuits and dramatic sheer dresses that seem to float away from the body. Chiuri is Dior’s current creative director, and the first woman in the role, in which she has helped cultivate a message of female empowerment that is both explicit and nuanced.

Australia’s relationship with the French fashion house stretches back to 1948, when David Jones in Sydney hosted the first Dior fashion show outside of Paris. More than 60 years later, the lavish NGV show is another first. And it’s spectacular.