The Art of Banksy

Banksy’s ex-dealer embraces the controversy ahead of a major new – and completely unauthorised – show. 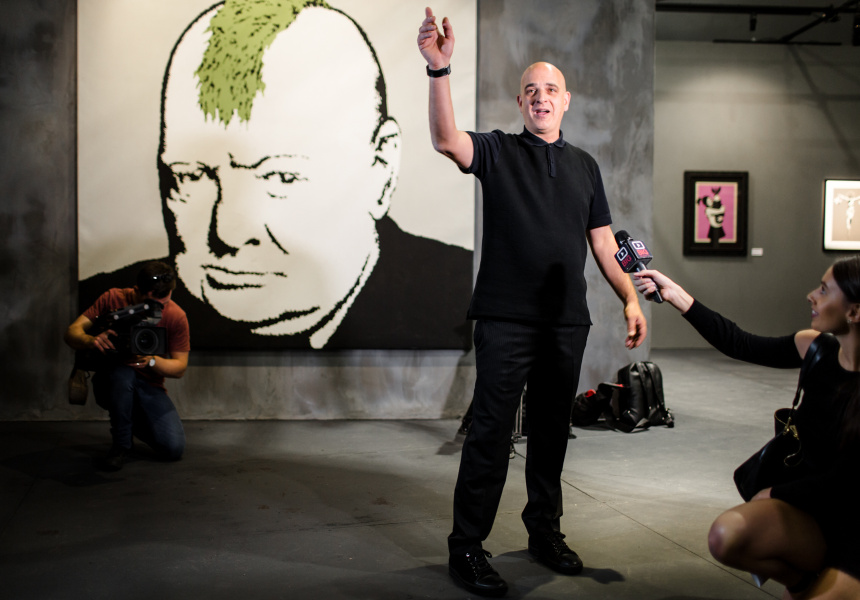 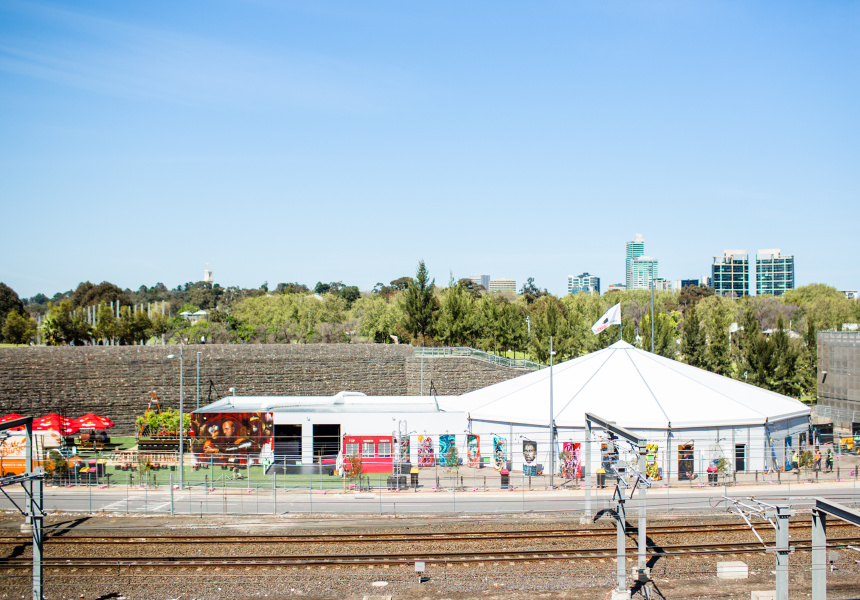 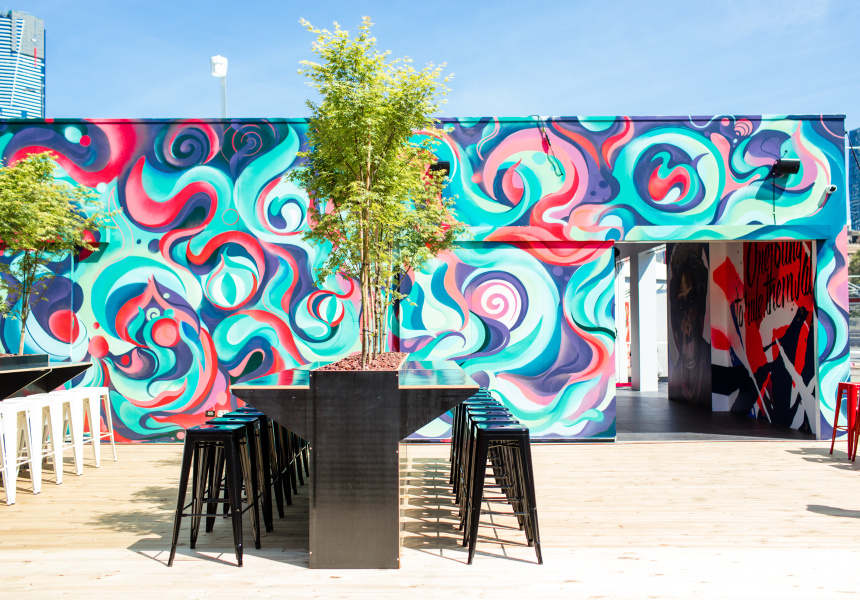 A Banksy exhibition is always going to draw a lot of attention. Especially in a city as plastered with street art as Melbourne. But the attention being received by The Art of Banksy isn’t all glowing. The artist isn’t into it. And neither are his peers. Local street artist Adnate recently made his feelings known with an act of artistic defiance of his own, using his commissioned wall at the entrance of the show. Controversy and dissent, it seems, are welcome here.

Curator Steve Lazarides was Banksy’s first art dealer. He started selling Banksys from the back of his car in the ’90s, and he’s since sold himself as one of the most influential figures in British street art (after Banksy himself, of course). On entering the show the first thing you’ll read is a spotlit blurb about Lazarides, naming him “one of the first figures to help popularise street art”. Further along is some information about Banksy.

He and Banksy haven’t spoken for eight years, and you don’t have to read between the lines to gather that things didn’t end well between them.

“The show is definitely unauthorised,” he tells me. “One hundred per cent, completely and utterly unsanctioned.

“But if I didn’t break this work out of storage and collectors’ homes it would never be seen,” Lazarides continues. “I think a lot of the work he made during this period 15 years ago has more resonance now than when they were painted.”

Bansky's more recognisable images and themes populate the show. A stencil of a child letting go of her love-heart-shaped balloon. Dorothy, back from Oz, has her bag searched by a militant-looking police officer while Toto looks on. A fighter jet takes off from an aircraft carrier while a soldier waves an “applause” sign. They’re simple, politically charged statements. They’re what’s made him a household name.

“Regardless of what my personal feelings are about him, the guy’s a fucking genius,” says Lazarides. “He always was, always will be.”

Will it be a difficult adjustment for visitors to see the works of Banksy – who is famous for his street work – hung in a gallery?

“Not really,” says Lazarides. “He and lots of other artists I’ve worked with over the years have heard this, mostly from middle-class twats who’ve never done anything.”

Banksy’s first gallery show was in 1999, he reminds me. The limited-edition prints on display in this exhibition were originally made to be sold.

“If these guys couldn’t earn a living from their art, then the only people who could ever afford to create street art would be the rich. What’s better, an artist being able to sell work to fund their art, or having posh kids running around playing at being graffiti artists?”

None of this work, I should point out, is stolen from the street; people often remove doors or whole walls to take home a genuine Banksy. “I have a pathological hatred of people who take it off the street and sell it,” says Lazarides. “He made those works as a gift to the city.”

Because the show is without the involvement of the artist, there’s no further perspective, explanation or context offered alongside the works. But then again – you wouldn’t expect that with his street work, either.

It’s not a huge exhibition. Once you pay $30, you’ll be through and in the gift shop within about half an hour.

There are hints of Banksy’s sanctioned exhibitions – a smashed-up, paint-splattered Mini Cooper greets you at the entrance, and further in there are photos of living pieces that aren’t easily transported, such as a stencilled elephant and some tagged cows. But most of the work on show is the politically charged stencil work many will be familiar with.

A lot of people, of course, don’t see this work as belonging in a gallery. “That’s because they’re up their own arses,” says Lazarides. “The art establishment has never liked this movement because it’s unashamedly populist. I don’t mean that it’s been dumbed down, I mean that people like it."

“Yeah, you’re entirely correct,” says Lazarides. “It’s boiling down very complicated issues into a simpler image. To do that you have to take a relatively simplistic view. But if it gets people to discuss a complicated issue, who might not otherwise, brilliant.”

It’s not for everyone. But as Lazarides says to his critics: “If you don’t like it, fuck it. Don’t come.”

The Art of Banksy is in Federation Square until January 22. Tickets available here.

Broadsheet is a media partner of The Art of Banksy.