From nuclear apocalypse rom-coms to paying tribute to the classics, the best of British filmmaking is coming your way for the first time. 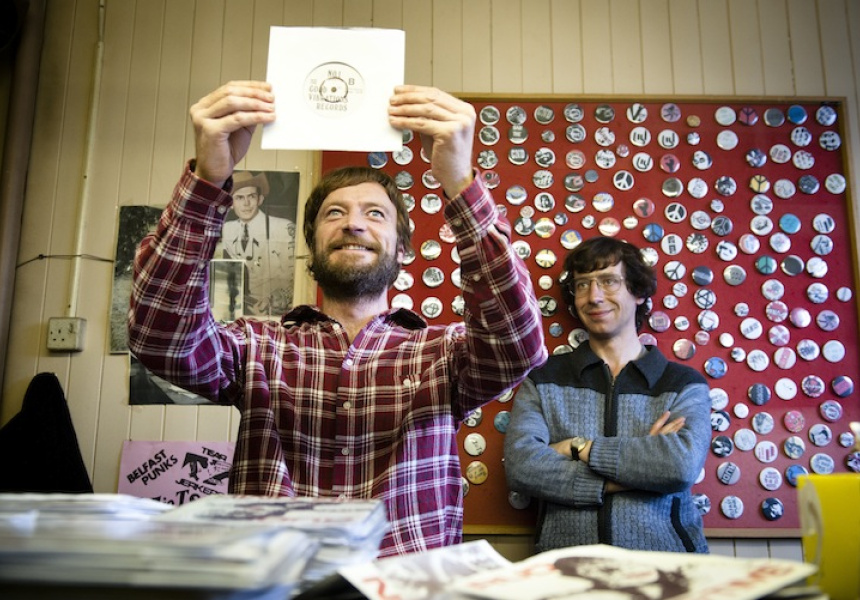 Regardless, the inaugural British Film Festival is here and we couldn’t be more pleased. So top up your Pimm’s cocktail and settle in for our recommendations of what you simply must catch during the festival.

How I Live Now
Daisy (Saoirse Ronan) has grown up in the bustle of New York, so she is understandably less than pleased to be shunted off to the English countryside to spend time with her cousins. However, the charms of local boy Eddie soon calms her woes. Sounds like a standard teen rom-com? Well, it may have been, if not for a nuclear explosion that plunges the world into a global conflict that sees Daisy fighting for survival, not just for herself, but everyone she holds dear. Directed by The King of Scotland’s Kevin MacDonald, How I Live Now is an exciting tale of one girl against an apocalypse.

Good Vibrations
Belfast, Northern Ireland in the 1970s was less a place for rock and roll, and more a place to be in fear of your life due to the sectarian violence of The Troubles. But the threat of violence didn’t stop Terri Hooley (Game of Thrones’ Richard Dormer) from bringing great music to the city with his record shop Good Vibrations. Based on the true story of Belfast’s own Godfather of Punk, Good Vibrations is an absurdly fun and often appropriately sober reflection on the healing powers of music. If films about Northern Ireland pique your interest, be sure to also check out Jump, an energetic crime thriller that takes place over a New Year’s Eve in Derry.

Still Life
You might only know Eddie Marsan as “Oh yeah, that guy” from films such as The World’s End and Sherlock Holmes, but thanks to his Earth-shatteringly good performance in Still Life (which won the best film award at the recent Venice Film Festival), he should soon be known as much more than a supporting player. Marsan plays John May, whose job for more than 20 years has been to find the long-lost relatives of people who have died alone with no obvious next of kin. But in a time of austerity and increased focus on efficiency, he is being let go, with his final case focusing on a search for the family of one of his own neighbours.

The BFI’s Top 5 British Films
If your knowledge of classic British cinema is a bit patchy, here’s a chance for you to brush up with the very best with screenings of the top five British films of the twentieth century - according to the British Film Institute. From David Lean’s sprawling epic Lawrence of Arabia as well as his version of Charles Dickens’ Great Expectations, to the absolute heartbreaker that is Brief Encounter (pack lots of tissues), as well as Alfred Hitchcock’s far and away best English production, The 39 Steps. The number one British film? Well of course it’s Carol Reed’s The Third Man. Get ready for that zither theme to be stuck in your head for the rest of the year.

Philomena
Closing night film Philomena is the final entrant in what has become The Year of Steve Coogan (we sincerely hope that you’re already caught up with The Look of Love, What Maisie Knew and Alan Partridge: Alpha Papa). Both co-written by and starring the prolific comedian, Philomena tells the true story of a woman who teams up with a cynical journalist to find the child she was forced to give up for adoption 50 years ago. With Judi Dench tipped to sweep the upcoming awards season with her performance in the title role, this is one to check out as soon as possible.

The inaugural British Film Festival is on at Palace Cinema Como and Palace Balwyn from November 20 to December 1.

We're giving away 15 double passes to the film festival. To win, click here.