Father-daughter furniture-making team Douglas and Bec keep it minimal and local with a sophisticated new collection. 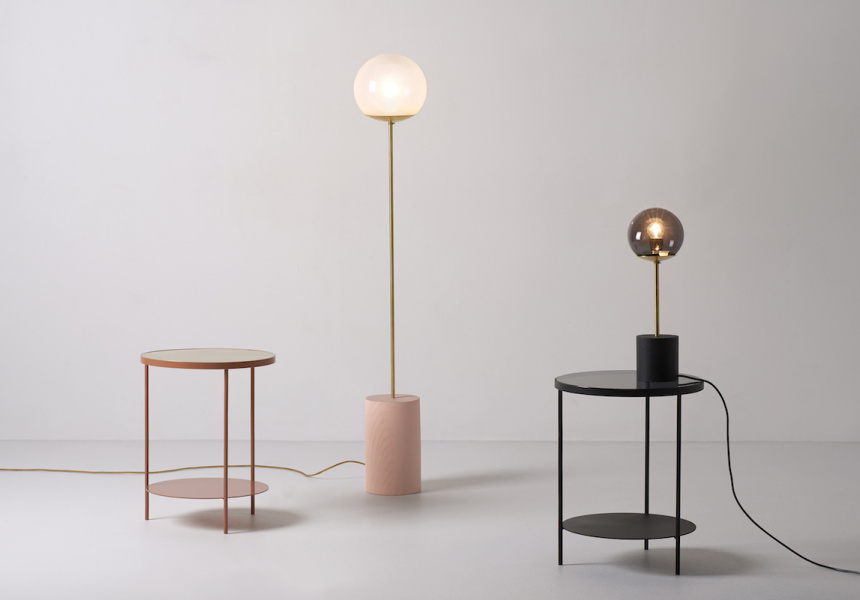 New Zealand-based design team Douglas and Bec has taken an aesthetic turn with its latest collection of lighting and tables. Called “line”, it is inspired by the elongated hanging mobiles of American sculptor, Alexander Calder.

Best known for their work with woods such as oak and American ash, this new range incorporates a wider range of materials, from hand-blown glass and blackened brass (which gives off a rich, pearly lustre) to steel and state-of-the-art Phillips LED light bulbs. It’s an expansion of the brand DNA that designer Bec Dowie is excited about.

“We’ve been bringing in brass and glass elements into our work for the past few years, but always using these materials as secondary to timber,” she says.

‘’We’ve worked with timber for a long time and felt it was time to work with other materials. I also think, as a designer, it’s nice to diversify and not be tied exclusively to one methodology.”

Line includes a floor lamp, table lamp, circular side table and three multi-armed flexible pendant lights, which work beautifully as a suite or on their own.

Douglas and Bec started in New Zealand in 2006 when Dowie and her father, Douglas Snelling, a woodworker and carpenter merged their creative talents. Bec’s husband, Paul Dowie, joined the team later. In the years since, they have garnered a loyal following which appreciates not only the pure and minimal lines of their furniture and lighting, but their commitment to keeping the manufacturing process in New Zealand. In 2014, Douglas and Bec opened its first Australian store on Easey Street in Collingwood, where the new collection is available. 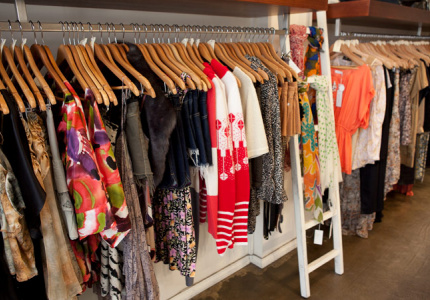