Finding Your Community Through Tattoos

Having tattoos can signal that you belong to a community – or cast you outside of it. In partnership with Museums Victoria, we look at a new exhibition that explores the changing significance of tattoo culture. 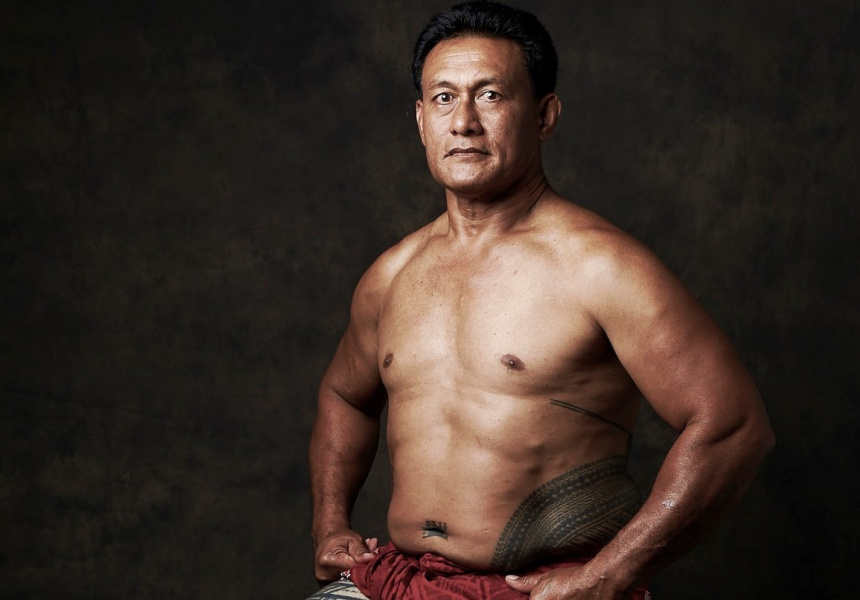 Photograph from Tatau: Marks of Polynesia

If there’s one social taboo that’s fought its way into the mainstream in the past few decades, it’s the art of the ink. Once largely the purview of the outsider in Australian society, shifts in generational attitudes have put the tattooed body at the forefront of popular culture.

Of course, the social significance of tattoos in modern Australian life is just one small chapter in the multifaceted history of the art, which can be traced across cultures as far back as 5000 years. And that’s the connective tissue of the Immigration Museum’s latest suite of exhibitions, Our Bodies, Our Voices, Our Marks, which explores the intertwined themes of tattooing, identity, self-expression, culture and place.

“When you think about tattoo’s history, I find it really interesting that tattooing really bonds us to a community, or a sense of belonging,” says Stanislava Pinchuk, a tattooist and artist (who often works under the moniker Miso). “There are really interesting intersections where you think about maybe like a Hells Angels, where the tattoos bind them to a club but they also exclude them from a wider community.”

Pinchuk is one of the curators of one of the museum’s exhibits, Documenting the Body. The sprawling exhibition also features photography by Kip Fulbeck and Takahiro Kitamura, exploring the rich history of traditional Japanese tattoo culture, and another exhibition showcasing the work of traditional tatau (tattoo) masters in Samoa. Our Bodies, Our Voices, Our Marks delves into the contradictory cultural signifiers inherent in tattooing – sometimes it’s a way to mark yourself as part of a tribe, other times it’s a way to mark yourself as a unique entity.

Pinchuk has spent the past 10 years tattooing on the side, just working on her friends privately – “no money, no appointments, no anything, for 10 years”. Up until now her tattoo practice had remained an intimate, private element of her artistic practice. “It had never really entered the museum space,” she says.

When the director of the Immigration Museum approached Pinchuk at a talk she was giving at MPavilion, it set in motion the “organic process” of folding her work – and her ideas about the art of tattooing – into the new exhibition.

Pinchuk’s practice, which operates like any shop tattooist in terms of tools, materials and hygiene, uses only hand-poking methods – so no machine tattooing. “For me that’s really beautiful because you can hear the person talk and breathe and tense more. I think you can also talk to them a bit more easily and be a bit more connective,” she says. “Also, because I’m a drawer, something like pencil feels really natural. It’s always felt like the way I could make marks on bodies that was really fluid.”

For her exhibition, she’s incorporating some curated works by Brook Andrew, Angela Tiata and Paul Stillen with a collection of her own tattoo art, conceived with jeweller Zaiba Khan, whose extravagant gold pieces tie in with Pinchuk’s theme of mapping immigration journeys back onto the bodies that made them.

“The idea was called ‘Immigration Granulation’,” she says. “When you tattoo the skin, the medical process of healing is ‘granulation’. So white blood cells and tissues form into little balls to kind of support the trauma of the skin and heal it. And in jewellery, granulation is a technique of heating up gold into little balls and then almost dragging them across and decorating with them, kind of soldering them to a base metal. And that’s a really interesting technique that’s also had its own immigration path.”

Pinchuk and Khan have combined these techniques with the notion of granulated foods tied to different immigration paths to create a cohesive body of work that will form the main part of Documenting the Body, alongside the other works Pinchuk has curated with artists. The experience has highlighted to her how much – especially in the last decade – attitudes toward tattooing have changed. “Sometimes there’s a bit of me that misses how outsider it was,” she says.

Pinchuk tells me one major evolution in the world of tattooing is the sense of adventure in her patrons: “I can think about how many of my really older friends I’ve tattooed. And how many hands and necks and faces I’ve done. It’s really beautiful and encouraging.

“I’ve been touched by more and more people, not just being more accepting of tattoos, but also more trusting with what they get. And braver. I think it’s such an incredible transitional thing that gives us real ownership and invention of our bodies,” she says.

But Pinchuk also wants the conversation around the art to evolve, now that attitudes are adjusting. “I guess I want to leave that conversation [about acceptance] aside, and go so much beyond that,” she says. “I want people to actually understand the substance and magic and transformation of tattooing – and also what it means to document the body.”

Our Bodies, Our Voices, Our Marks is on until October 6 at the Immigration Museum. Details here. 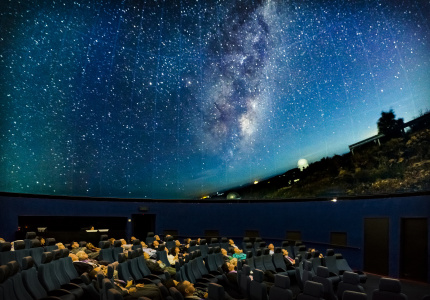 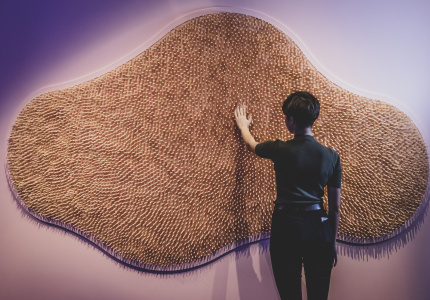