The Finalists for the 2018 Archibald Prize Have Been Announced

The winner of this year’s Packing Room Prize also won the hearts of many, including its subject Jimmy Barnes. 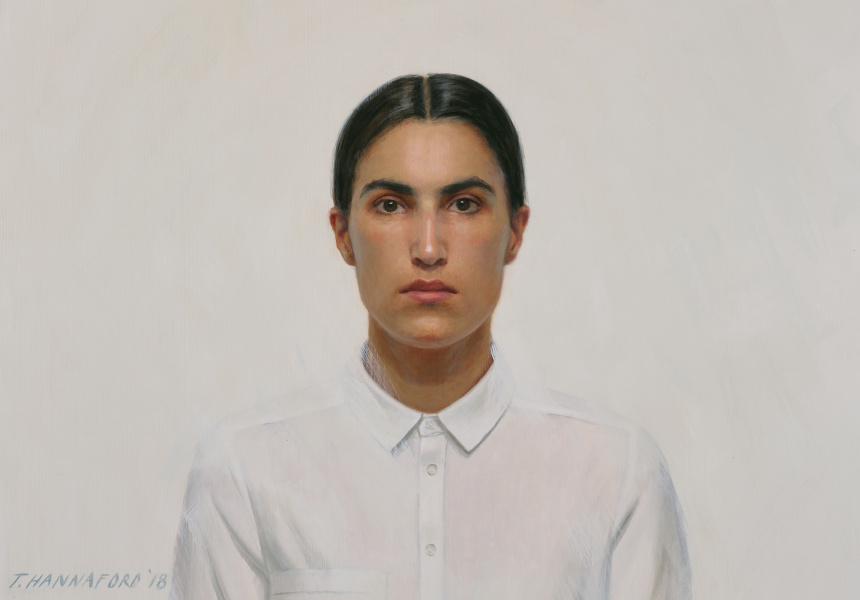 In what is undoubtedly one of the most moving stories in the Archibald Prize history, Jamie Preisz’s portrait of rock legend Jimmy Barnes has won the 2018 Packing Room Prize.

The 28-year-old Sydney artist approached Barnes to sit for him after reading the autobiography Working Class Boy and empathising with the Cold Chisel front man’s honest account of his ongoing mental health battles. Preisz lost his younger sister Bella to suicide in December and says the painting, Jimmy (title fight), became an outlet for his grief.

“The initial inspiration for this painting was Jimmy’s dad, who was a prize-fighting boxer in Glasgow and that gave rise to the wraps. But reading Jimmy’s book I realised he’s fought for everything he’s ever had,” says Preisz, a first-time Archibald finalist. “Jimmy [has spoken] about his fight with depression and mental health. And this painting became an outlet for me and my own grief ... I just poured everything I had into this painting. So for that, thanks Jimmy, and for letting me be part of this really important conversation.” 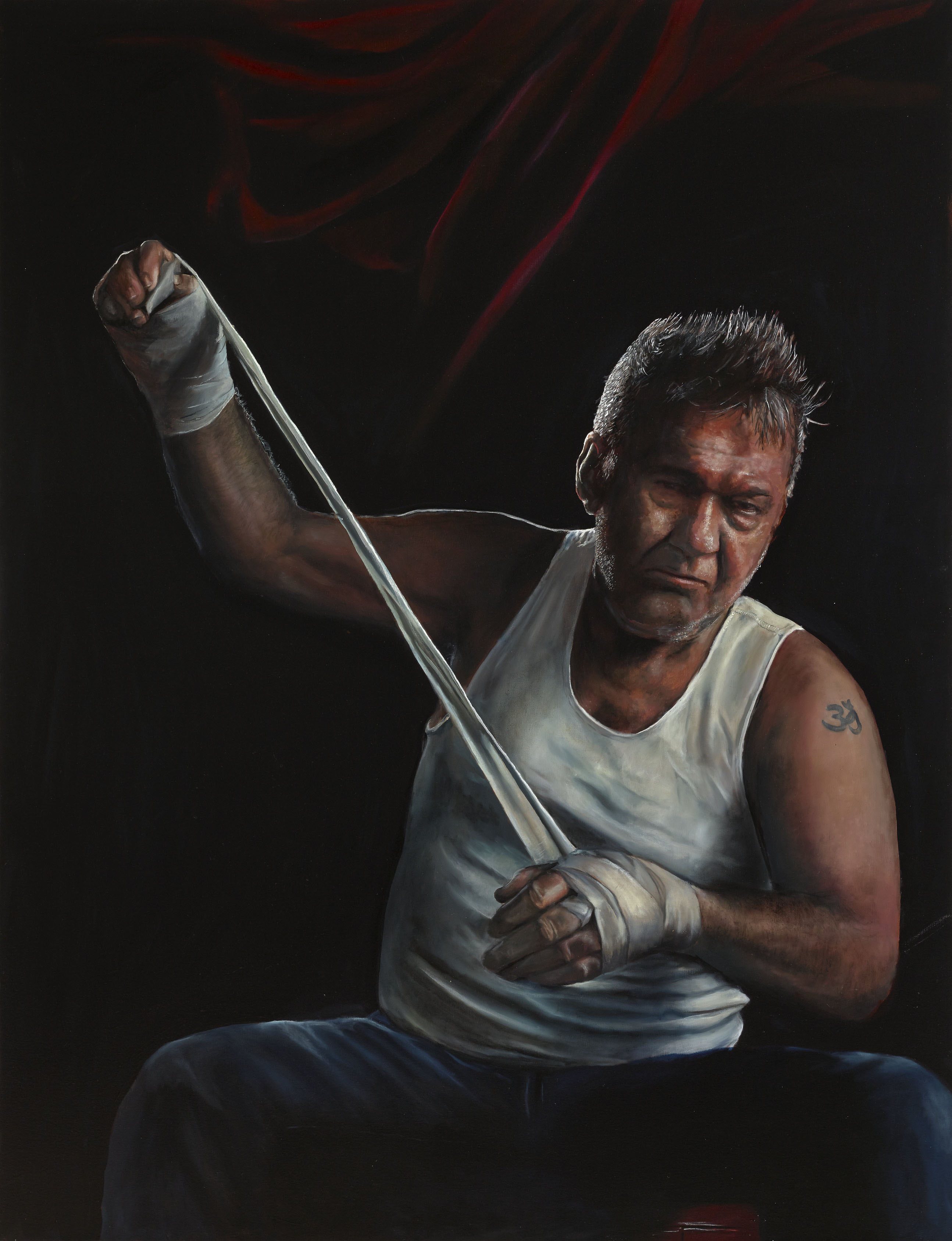 Barnes described Preisz as a “brave, brave man” to have been able to pick himself up after such a tragedy and produce an insightful portrait, adding he was honoured to have been part of it.

“You might look at me and say, ‘this guy is no oil painting’, but Jamie has proved you wrong,” Barnes says. “My dad had to fight for his life and so have I, I’ve fought for peace of mind and I’ve fought demons that have very nearly beaten me and killed me. But I’m still here just as I am in Jamie’s painting, prepared to fight. I know my battles are ongoing, life is always changing and you’ve got to be ready for what comes next.”

The $1500 Packing Room prize kicks off the Archibald Prize season at the Art Gallery of NSW and is judged by the staff of the packing room where the entries for the annual Archibald, Wynne, Sulman and Young Archie prizes are received.

Head packer Brett Cuthbertson has the deciding vote and says Preisz’s portrait caught his attention on the first day of entries and he never looked back. “It was the only contender the whole way through,” he says.

Now in its 97th year, the $100,000 Archibald Prize was established in 1921 from a bequest by journalist J.F. Archibald and is judged by the Art Gallery NSW’s (AGNSW) trustees as the best painting of a notable Australian.

This year there was 3414 entries across the four competitions, including the $50,000 Wynne Prize for landscape and $40,000 Sulman Prize for best genre or subject painting or mural project.

For better or worse it is always the Archibald that garners the most attention and controversy and this year the 58 finalist portraits depict a range of politicians, singers, judges, actors and artists.

AGNSW curator of Australian art Anne Ryan says there is a “colourful energy” to this year’s portraits, which include 14 first-time finalists. “There’s a greater number of works of slightly more recognisable people: politicians, performers and many images of the art world,” she says.

In addition to the Archibald, Ryan curates the Wynne and Sulman exhibitions and says she is gratified by the increasing number of Indigenous artists entering the Wynne Prize, which last year was awarded to Betty Kuntiwa Pumani from the APY Lands of far north-west South Australia, also home to 2016 winners the Ken Family Collaborative.

This year a number of APY Lands artists are again among the finalists, including Betty Kuntiwa Pumani in the Wynne, and Archibald finalists Vincent Namatjira and Tiger Yaltangki.

“Indigenous painting is one of the most exciting and important areas of art in Australia and I think it’s something we are contributing to world culture; so we’re very excited to get these works in,” Ryan says.

When asked to confirm the Packing Room Prize portrait had never also been awarded the Archibald Prize, she answered: “Not yet.”

The winning paintings in the Archibald, Wynne and Sulman prizes will be announced on May 11.

The Archibald, Wynne, Sulman and Young Archie prize paintings are on display at the Art Gallery NSW from May 12 to September 9. The Archibald Prize then tours regional NSW and Victoria.