Cosmic Psychos singer and bass player Ross Knight chats to fellow Melbourne musician Tom Lyngcoln of band Harmony out at his farm in Redesdale before his appearance on stage at the inaugural Port Royal Street Party this Saturday. 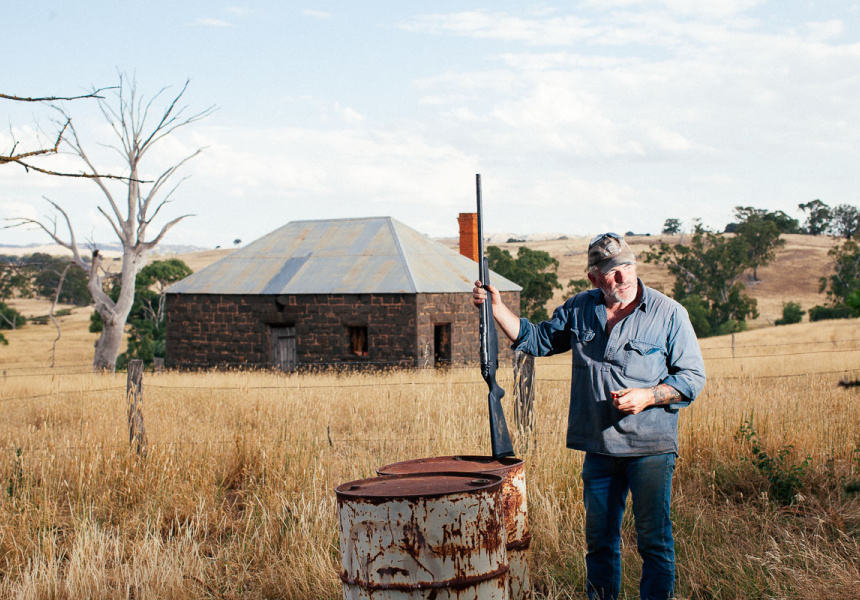 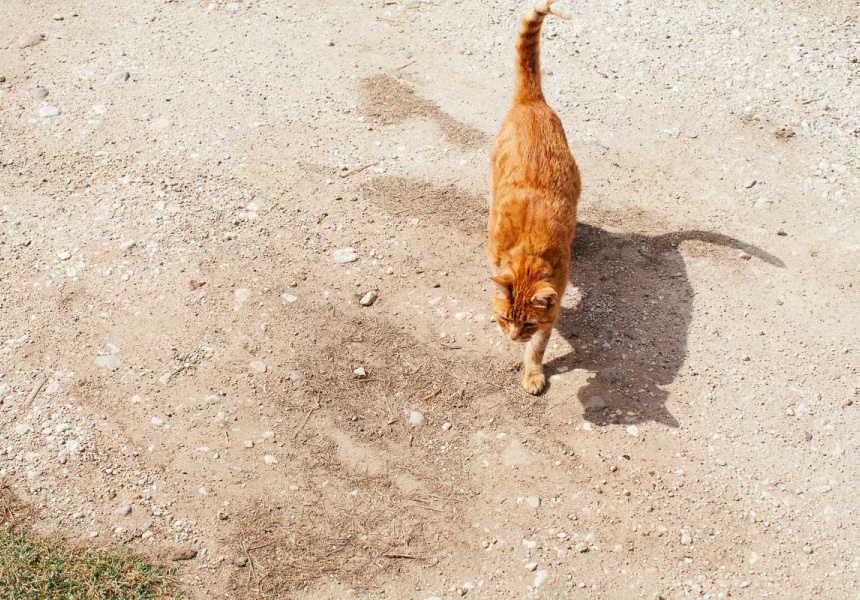 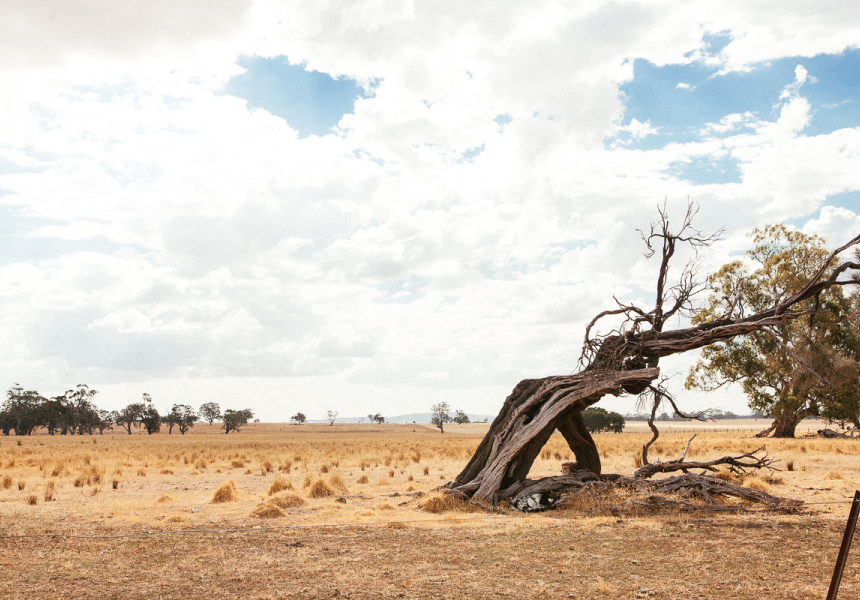 Ross Knight, singer and bass player for Australia's preeminent punk, pub-rock outfit Cosmic Psychos, is a hard man to pin down at this time of year. On call for the DSE (Department of Sustainability and Environment) and CFA (Country Fire Association), Knight loans his time and bulldozer during peak fire season.

As I drive the four-kilometre stretch of gravel driveway to his farm house 90 minutes north of Melbourne in Redesdale, you can see the potential for catastrophe in the dry hills of the 300-acre property Knight calls home.

It's hot and Knight greets us after a long day of work on a farm that hosts a variety of agricultural and industrial pursuits; a vineyard, a gravel pit and numerous paddocks with countless fences destroyed by cattle.

“How I never burnt the place down as a kid I will never know,” says Knight when I ask if a fire has ever affected the property. “I used to ride around on motorbikes without exhaust pipes and smoke in the hayshed, ingenious things like that. I tried to burn a round hole in the back of a denim jacket because I thought it might look punk rock. That was in the middle of summer. If the fire didn't kill me, my old man would have.”

Knight’s story is complex and many of the facets that comprise the man can seem at odds with one another. He is a farmer whose band Cosmic Psychos – which rose out of the 1980s and was a precursor to grunge – is cited as being a significant influence on many of the genre’s biggest acts. Heralded by heavyweights such as Pearl Jam, Mudhoney and The Melvins, much of the Psychos’ and Knight's story has been gloriously and hilariously detailed by director Matt Weston in his recent documentary Blokes You Can Trust. It is Knight who rapidly becomes the film’s highly engaging and central figure due to his idiosyncrasies and his ability to spin dry, self-deprecating yarns.

As we wander around the property exploring sheds full of farming equipment competing for space with relics from the Cosmic Psychos' infamous past, the issue of fire keeps nagging at me. Knight tells me he’s been working for the DSE for about seven years now.

"I am the local dozer bloke and during a fire you have to run out and track around the fire and push trees over and create breaks. I did the black Saturday stuff," he says.

"It was horrible. I nearly carked it up the road here. I was on the truck and I couldn't turn around and had to go down a big hill. There was so much smoke that I couldn't see the road and the truck stopped because there was no air. The truck was going ka-chonk ka-chonk ka-chonk and there was one little patch of about 30 metres with no trees on one side, a little air bubble surrounded by a wall of smoke.

“The fire was coming up on both sides and I thought, Fuck, I had better get under the fire blanket. Then I realised that the fire blanket was in the dozer on the back of the truck. The fire came right over the top of me. It was one of them things where your life flashes before your eyes.

“All of this happens in a split second and the last thought I had was, Wouldn't ya fucking believe it, after all I have been through, I am going to die in a rusty old Scania truck! And then the truck went chug-chug and I found the air pocket." I ask Knight what truck he would rather die in. “My old Kenworth would be better," he smiles.

The Cosmic Psychos and Harmony play at the Port Royal Street Party in Port Melbourne on Saturday 18 January alongside bands include The Meanies, Straight Arrows and Bits of Shit, with drinks by Sailor Jerry Rum and food by Huxtaburger. Tickets are $50 plus booking fee and are available through Oztix.