From New York to Nepal and now the north side, photographer Abigail Varney takes a unique vantage on the world around her. 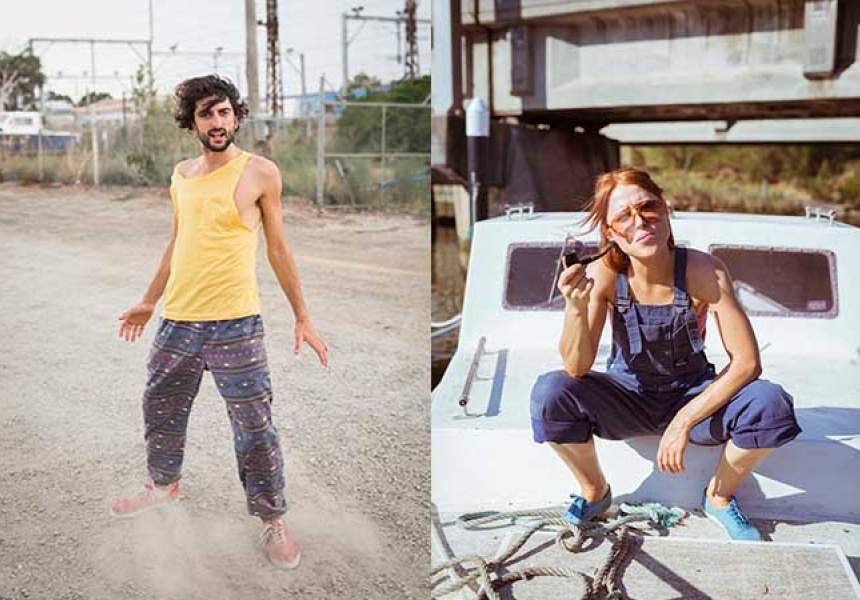 The last few months have been huge for photographer Abigail Varney. She’s travelled to Nepal, interned in New York and made the decision to book her first solo show, Eyes for You, which opens today at the Tinning Street Gallery in Brunswick.

Eyes for You is a collection of portraits capturing subjects that Varney sees as doing something special. “There are stand-up comedians, designers, dancers, actresses,” she says. “They’re young, in their twenties or thirties and they’re all just creative souls, doing something that they love.”

Some of the subjects are friends or acquaintances, but others are strangers Varney approached, simply because she thought they would be interesting to work with. “Either that, or they’re just people I have a crush on,” she laughs.

As a photographer, it’s the sense of collaboration and connection that Varney enjoys the most. When she drove one of her subjects, comic Vachel Spirason, to a location over an hour away, she knew when they arrived that it wasn’t right and made the decision to go elsewhere so he had more room to move. “He was such a natural dancer – he’s trained in Flamenco – so he was skidding through the gravel, doing his moves and we came up with this character who thought he was Ricky Martin, so I’d be bent over laughing and saying, ‘Who’s Ricky?’ and he’d be yelling ‘I’m Ricky!’

“That’s the thing,” she says. “I wanted it to be pure self-expression – whatever it was.”

But for all the fun, the art of photography is that of capturing a single, evocative moment. “Some of the shots were big and flamboyant, but when I was flipping through I’d sometimes catch one that felt different, and I knew that had to be the one.”

Eyes for You will be showing at the Tinning Street Gallery until April 21.