Having made its name in commercial circles, Stylecraft is now offering beautiful Australian and imported pieces you can take home. 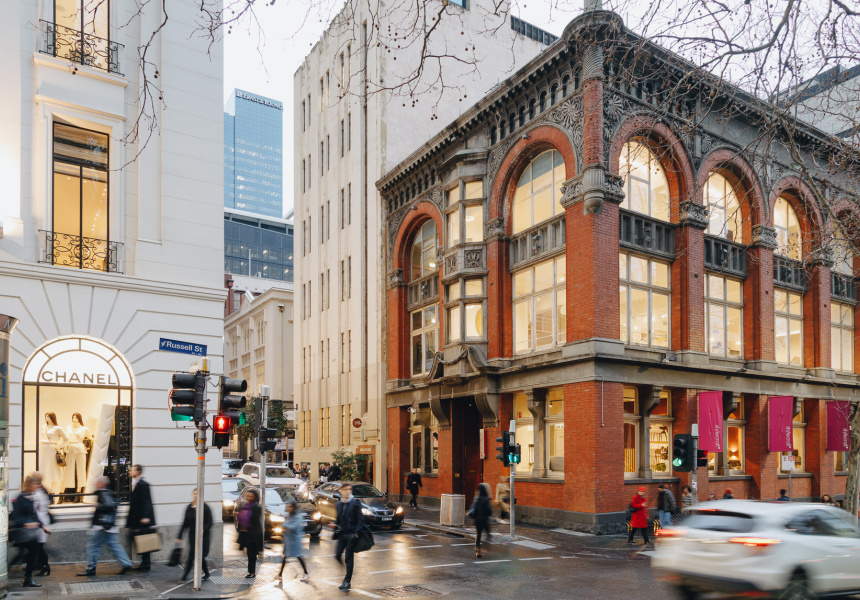 After 60-plus years in the commercial world, contemporary furniture retailer Stylecraft has carved out a formidable reputation, supplying pieces to heavy-hitting commercial brands including Suncorp, Qantas, Macquarie University and Price Waterhouse Coopers.

According to director Tony Russell, around 90 per cent of the brands Stylecraft stocks – which span cult European names as well as homegrown heroes – aren’t available through any other Australian distributor.

Recently the brand has been applying this eye for underrepresented icons to residential products, launching Stylecraft Home in Sydney last year. And the doors to an arresting new Melbourne showroom opened a couple of months ago.

Stylecraft has had a presence in the beautiful red-brick corner building for 13 years, so when the opportunity arose to take over all five floors, Russell’s team took it, enlisting award-winning architecture practice Hassell to create an immersive, concept-driven space for the public, with a larger-than-ever offering.

“We had a rather iconic location on the corner of Flinders Lane and Russell Street,” says Russell. “It was too good to pass up.”

Hassell’s design for the expanded space is underpinned by two central ideas: overall, a reflection of the relaxed, open atmosphere of a European courtyard; and more specifically, a representation of the different areas in a home. For the latter, the team created zones with matched pieces displayed in each, including a library, den and kitchen area.

“The den is slightly darker; it’s a moodier, more whisky-and-cigar-bar type area,” Russell says. “On the other hand, the library is designed to be a real interactive space … the kitchen is more casual, [for] entertaining.”

In each room, you’ll find exquisite, elegant and functional pieces by Australian labels – such as contemporary furniture and lighting by Ross Gardam, planter screens and activity-based home-office pieces by Helen Kontouris, furniture by Keith Melbourne, and pieces by industrial designer Tom Skeehan – as well as imported items from Italian brands Arper, Verzelloni and Tacchini; Stua from Spain; and Japan’s Ritzwell and Karimoku New Standard. The store’s proximity to the Chanel store opposite might clue you into the pricepoint – coffee tables start at $675, and barstools from $345 – but items can be used as statement pieces, with rooms built around them from vintage or more everyday items.

A central, terrazzo-clad stairway is surrounded by dramatic bronze-coloured arches. To tie the separate zones together, Hassell’s architects repeatedly engage timber paneling, perforated steel mesh screening, gold balustrading and pops of colour. Greenery creeps down internal walls, softening the dark copper metallic finishes and highlighting teal tiling and feature walls. Even if you’re not in the market for a new lounge, it’s a striking and inspiring set of interiors.

“When you go through the space itself, it unfolds,” says Russell. “Because [the residential offering] is a new concept for Stylecraft, we often say we’re on a journey and the spaces will evolve over time.”