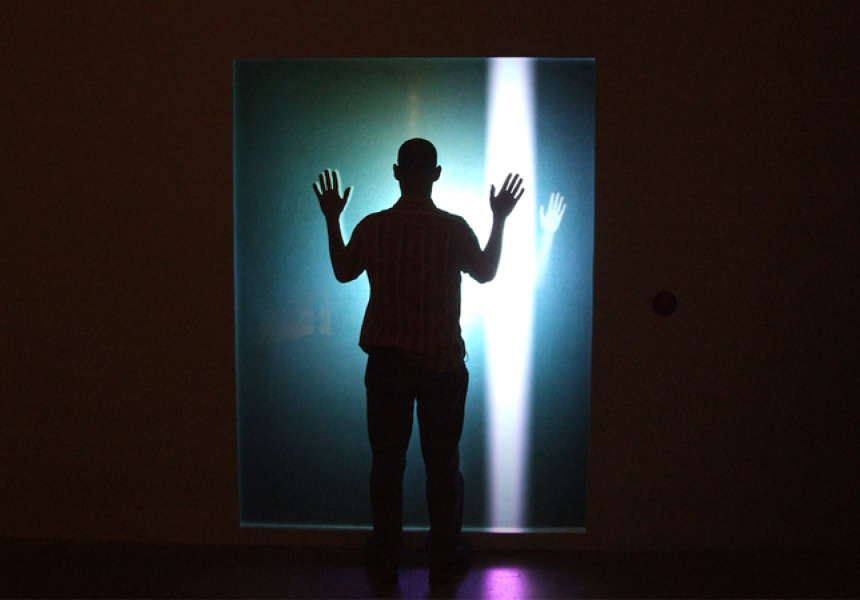 The Mornington Peninsula Regional Gallery (MPRG) is alive with the Experimenta Utopia Now exhibition, where screen-based and interactive media art works bring a fourth dimension to a gallery used to old-world paintings and sketches. In this exhibition, technology is dressed up in ordinary clothes and speaks a human language, and reaches out to connect to the audience through the theme of utopia. Aesthetics, storylines and theatre converge to create an exhibition where the pieces are designed to be touched and played with.

Imagine people pressing themselves against a glass screen that acts like a scanner, taking a coloured impression of their image. This work titled TouchMe, is by a Dutch collaboration called Blendid who use digital technology to sample human behaviour.

Australian media artists Van Sowerwine and Isobel Knowles invite users to seek their own adventure in You were in my dream. This work captures the users face on camera, and they become the character in the animation. This particular work won the 2010 National New Media Art award.

An image of utopia is presented by Kit Wise in Xanadu- a collage of greenery and concrete from an array of sources, ranging from his own footage to open source archives, which depicts a harmonised animated landscape of city and nature.

This exhibition explores our world through a fresh set of lenses with a line-up of stunning and contemplative pieces. A vintage typewriter that types out letters that turn into bugs (digital ones) that multiply when they meet, or plants that squawk at the slightest of touches, is bound to pique one’s curiosity at any age.

Experimenta Utopia Now is currently touring the country, and will be at the MPRG until June 19. The exhibition will then head to the Museum of Old and New Art (MONA) in Hobart in August.