Bronx based sister act, ESG, never thought they would influence a generation of post punk, new wave, hip-hop and house music artists when they released their debut EP in 1981. 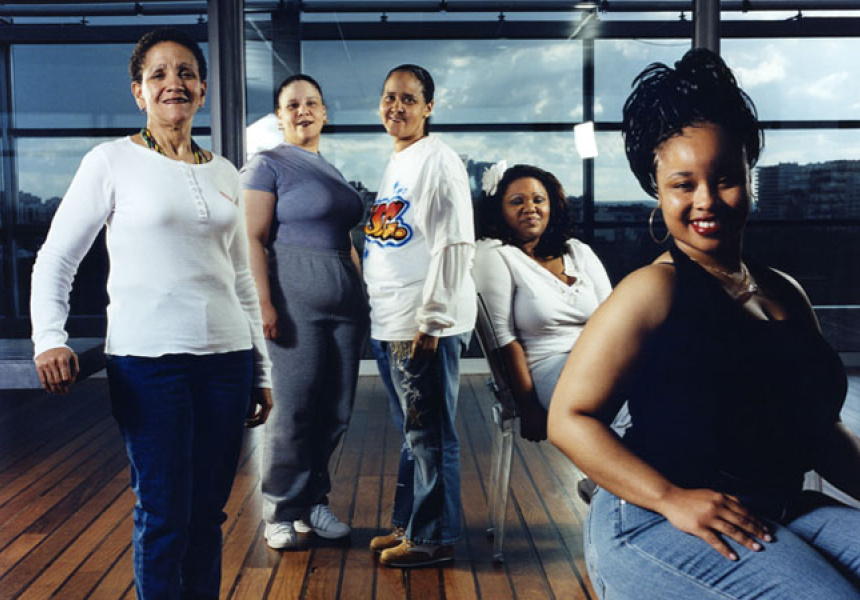 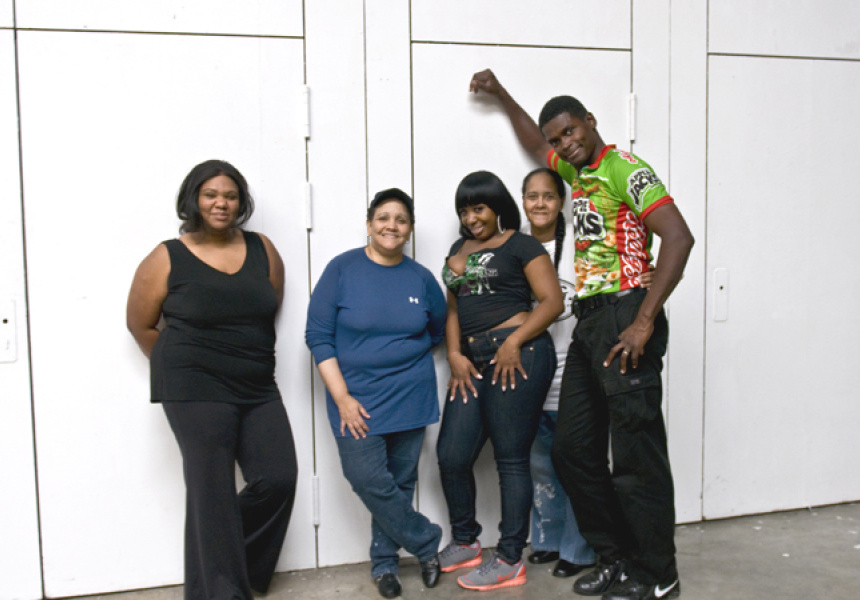 Danceteria was one of the most happening nightspots in all of Manhattan in 1984, a four-storey establishment on the Lower East Side that was frequented by musicians who would spend long nights listening to bands like Duran Duran, Run-DMC, Beastie Boys and Emeralds, Sapphires and Gold (ESG). Alas, only a few low fidelity films survive in tribute to Danceteria, but the neon typeface paints an enchanting picture of New York City in the early 80s.

One of those films is of Bronx-based all girl band ESG playing their hip-shaking hit from 1982, You’re No Good, to a modest crowd in the band room. The Scroggins sisters – Renee, Valerie, Deborah and Marie – were a powerful presence on stage and film, and at that moment in time, their minimal funk was influencing artists all over America. Renee Scroggins was front and left that night as she always was, swaying, singing “You’re no good You’re no good.” The song had ESG’s signature rhythm section – a wound-up bass line and a simple, four-bar drum loop.

“You know, we started playing out in the late 70s,” she recalls. Renee Scroggins lives in Atlanta, Georgia these days and only heads back to New York before the band goes on tour. “At that time, so much was going on in New York in music,” she continues with her pronounced Bronx accent. “Disco was fading out, they had this new wave punk period and people were starting out with hip-hop. So we were right there at this great time in music.”

And while they were greatly respected, ESG never really found the fame that they deserved. In fact, they are the quintessential musicians’ musicians – innovative and ahead of their time, but too raw for the commercial market – and their economical, unyielding grooves have been sampled by hip-hop, new wave punk and pop artists ever since. One of their songs, U.F.O., has been sampled more than 10 times, giving a leg up to Beastie Boys, N.W.A., Girl Talk and even Nine Inch Nails. It’s easy to understand why, too. The unflinching, locked down groove has all the elements of modern electronic music: gridded beats and a simple delayed guitar line, and it’s been used as such by artists ever since.

Over the phone, Scroggins sounds a little raw when I mention the sampling, and says that while it’s important that the band has influenced generations of young musicians, it’s still a cheeky stretch on intellectual property law. Actually, the Scroggins sisters have been quite animated in their dislike for sampling, even naming one 1992 album Sample Credits Don't Pay Our Bills. “You’re telling me it’s annoying,” says Scroggins at home in Atlanta, with just a hint of humour that has come with some hindsight. “I’m not a fan of sampling, but I know we have given a lot of young artists a lot of inspiration. We’re proud that we could inspire them. It’s good to be an inspiration to people,” she says.

ESG tour Australia for the first time this year, stopping off in Melbourne at Sugar Mountain Festival. It’s a world away for the Scroggins sisters, who never thought of coming here once they called it quits in 2007. But 2010 saw a new record label (Fire Records in the UK) and the release of Dance to the Beat of ESG, the essential best of album for first time ESG listeners.

ESG play at the Oxford Art Factory in Sydney on Friday January 18, and at Sugar Mountain Festival in Melbourne on Saturday January 19.