What exactly do the Australian Ballet dancers get up to before the curtain goes up? We take a peek backstage to meet one particular ballerina, who calms her nerves in an unusual way. 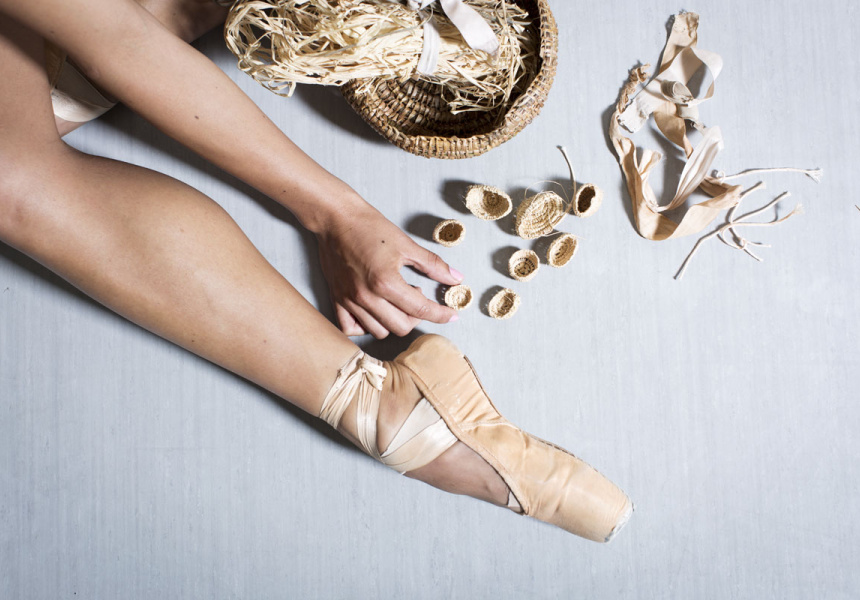 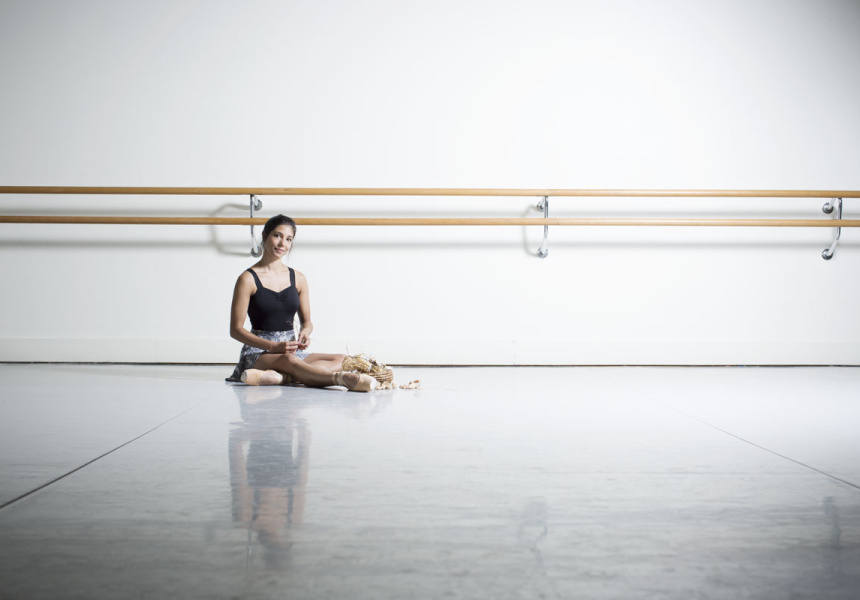 Professional ballet dancers are sticklers for pre-performance rituals and superstitions. It may be a particular song they play each night; a spray of perfume in a manner just so or the order in which costumes, tights and ballet shoes must be climbed into.

But few dancers would claim to have traditional basket weaving as their secret weapon for calming pre-stage nerves and focusing the mind.

Most nights, Australian Ballet corps de ballet dancer Ella Havelka can be found sitting cross legged on the floor of her dressing room weaving baskets and mats or creating earrings, linocuts and vase decorations, all in the name of pre-performance preparation.

The 25-year-old, who joined the company in 2012, is the Australian Ballet’s first indigenous dancer, a position Havelka is immensely proud of.

Havelka, who was born and raised by her mother Janna in Dubbo, began dancing when she was eight years old and at 14 was accepted into the Australian Ballet School in Melbourne. In the year between graduating from the ABS and joining Australia’s prestigious Bangarra Dance Theatre, Havelka was introduced to basket weaving when Arnhem Land dancer Rosalee Pearson visited the Adelaide company she was guesting with, Leigh Warren and Dancers.

Through Pearson, Havelka learnt coiling; later expanding her repertoire through other Arnhem Land teachers who guested at Bangarra. When choreographer Frances Rings asked the dancers to weave their own mats for her 2010 production, Artefact. Havelka’s proved the tightest weave, and she soon found herself paid to do them all.

Today she continues to weave, but has expanded her craft to baskets, bowls, jewellery and linocuts and uses a variety of materials and colours, from precious Arnhem Land pandanus to the more common paper raffia and other natural fibres.

“I use ribbons left over from pointe shoes, anything I can get my hands on,” Havelka says. “My friend [Bangarra dancer] Deborah Brown had a beautiful plant on her balcony that was dying, so I cut it and used it. I experiment with whatever I can find.”

For Havelka, the weaving serves two purposes: not only does it create something beautiful to look at, but the process of weaving soothes her pre-performance nerves and centres her mind. “I try to have a project lined up every night before the show, generally weaving or sewing pointe shoes. If I have all the raffia at work, and needles and scissors and have finished my make-up, I’ll get down on the floor and start weaving to calm my mind so I’m not nervous and worried about what I’m doing on stage. Touching the natural fibres makes me feel I’m closer to the Earth.”

Other dancers have shown interest and Havelka recently taught AB senior artist Juliet Burnett to weave Christmas wreaths. “I like teaching because it opens doorways to other avenues,” she says.

Clearly this is more than simply a helpful way to pass the time. When Havelka’s small Redfern studio apartment threatened to burst at the seams, she began selling her craft on her website and at the North Melbourne markets, donating the proceeds to OxFam’s Close the Gap Campaign which aims to significantly improve indigenous health. “Since it’s a traditional Aboriginal craft why not sell them to help Aboriginal people through Close the Gap?” she says.

In 2012 she donated $1200 and last year – a busier year professionally as her performance schedule ramped up – she donated $820.

With some of the less complicated paper raffia baskets taking only 10 hours to make Havelka’s output is often prolific. “I like the process of watching something start from being so small and simple to growing and being so beautiful to look at,” she says. “I find it very relaxing, it’s always good to have something to focus your mind on, that can take you away when you get stressed.”