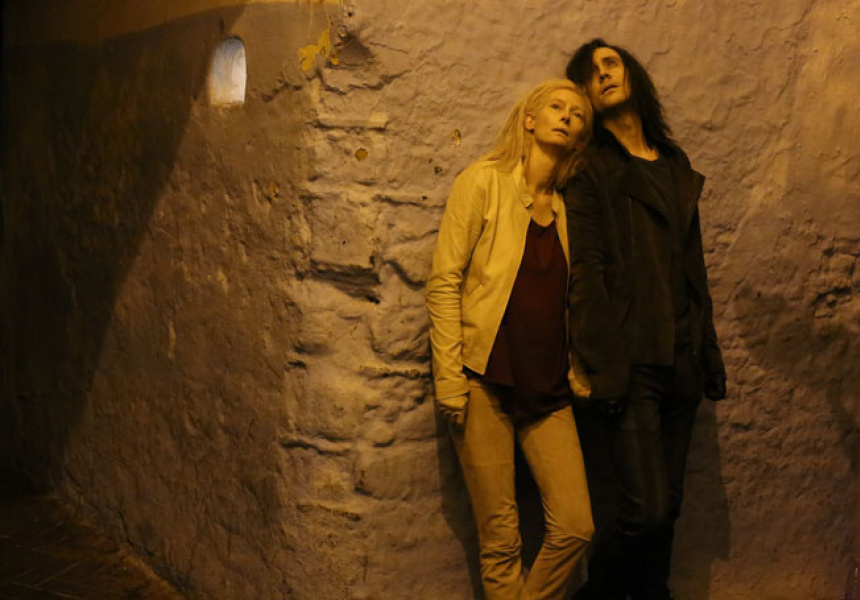 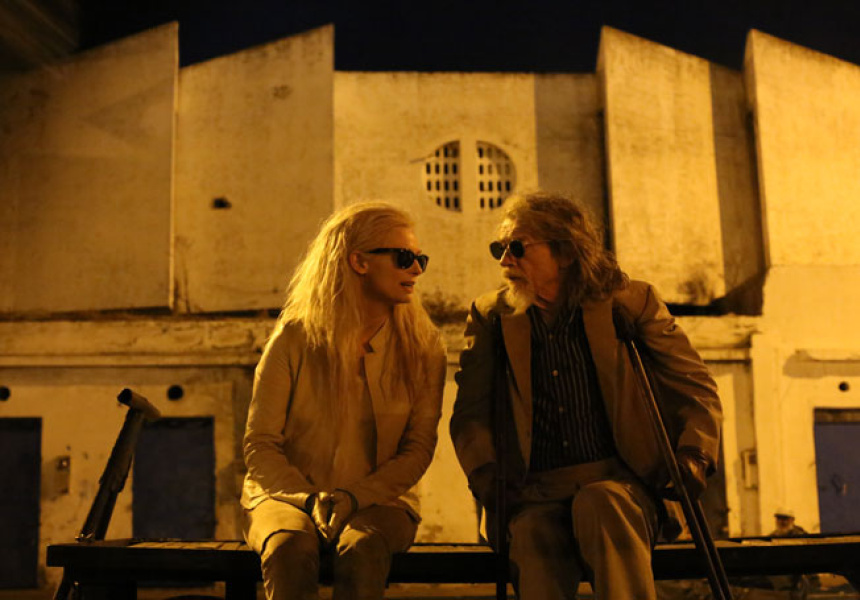 In his director’s statement, Jim Jarmusch, one of the most influential auteurs in American independent cinema, describes his new vampire romance Only Lovers Left Alive as, “An unconventional love story … but also the story of two exceptional outsiders who, given their unusual circumstances, have a vast overview of human and natural history, including stunning achievements and tragic and brutal failures.” Twilight this is not. The film, which took him seven years to secure funding for is, at its roots, indeed a passionate story of a bohemian romance. It is decadent, intelligent, mesmerising and idyllic, but it is as much a homage to rock’n’roll, art, ideas and nostalgia, as it is to undying passion.

At a Cannes press conference last year, Jarmusch wryly joked that he decided to make a vampire film because he’d heard they were box-office gold. But his foray into the genre shouldn’t come as a surprise. Jarmusch has garnered a cult following for his ability to take on classic genres; such as the western (Dead Man), martial arts films (Ghost Dog: The Way Of The Samurai) road movies (Mystery Train) and quirky detective stories (Broken Flowers) and strip them of their overplayed tropes to create completely original, entertaining and extremely cool films.

Set in the once-vibrant cities of the visually sumptuous and culturally rich Tangier, Morocco, and Detroit, Michigan, the film follows two eons-old vampire lovers – “metaphors for the fragility of humankind”, says Jarmusch. Adam is a brooding romantic and suicidal recluse (played by Tom Hiddleston), who spends his time boarded up in a rundown mansion with his extensive vintage guitar collection and analogue audio gear making sexy, droning rock, musing on times gone by. His spirits are instantly lifted when his older, luminous, sagacious, and life-loving wife Eve (Tilda Swinton), travels from Tangier to be with him.

These two nocturnal beings are a different breed of vampire than those created by Stephanie Myer, True Blood, or any other pop-blood-sucker franchise. They have spent centuries living alongside the great poets, writers, musicians and thinkers of humankind and have survived wars, inquisitions and history’s darkest days. Our lovers are above primal and reckless neck biting, and prefer to chase ‘the good stuff’; O-negative, direct from a medical lab and upon a sip, slip into a ritual-like high like that of a glamorous opiate addict. Their cool, calm and sophisticated demeanour is tested when Eve’s reckless sister, Ava (Mia Wasikowska), shows up to throw a spanner in the works.

Only Lovers is pleasantly littered with pop culture and literary in-jokes. Also worth mentioning is the luxurious post-punk-meets-medieval-goth score (which won the Cannes soundtrack award, no less) provided by Jarmuch’s cult-status band SQÜRL and Dutch lute player and composer Josef Van Wissem.

This is no ordinary vampire film, but it is how they should only ever be done: with wit, intelligence, depth, style, beauty, and a healthy animalistic dose of sex, blood and rock’n’roll.

Only Lovers Left Alive is in cinemas now, the soundtrack is available on ATP recordings.