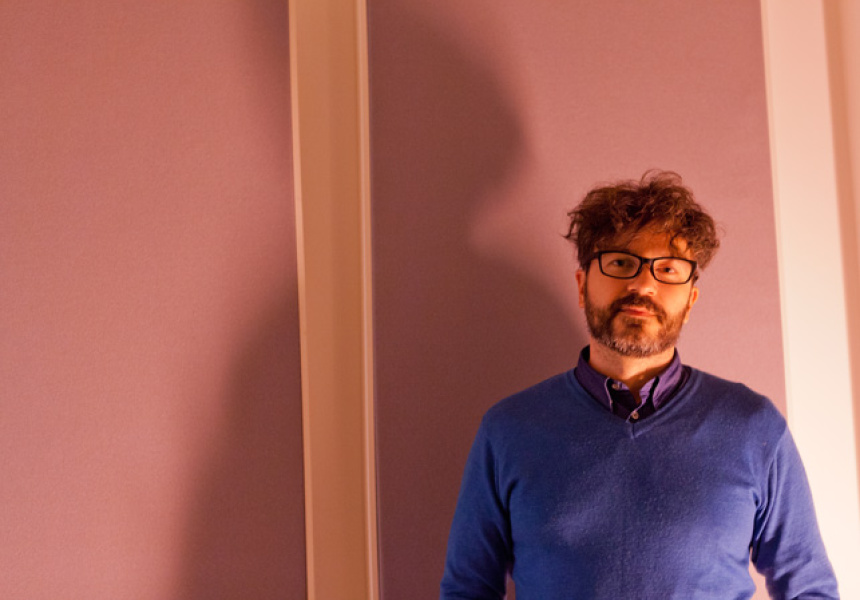 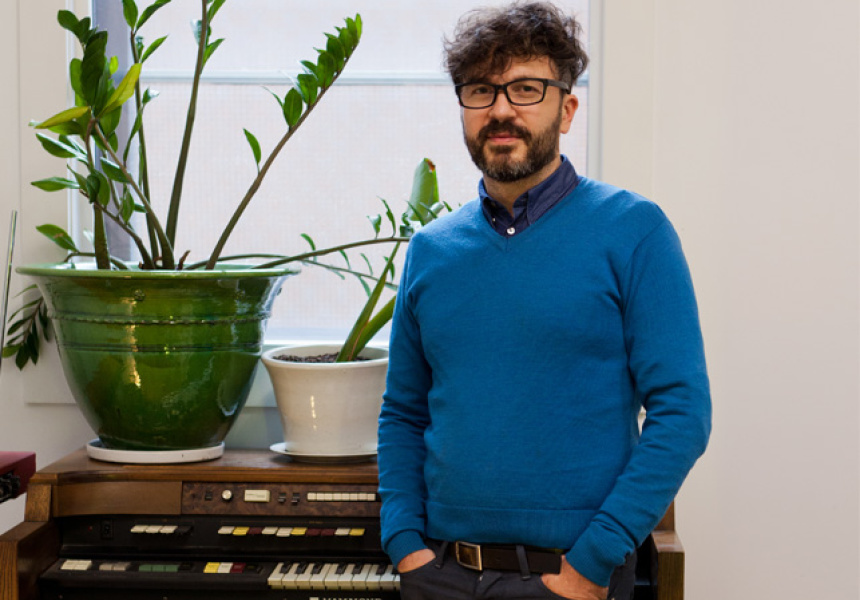 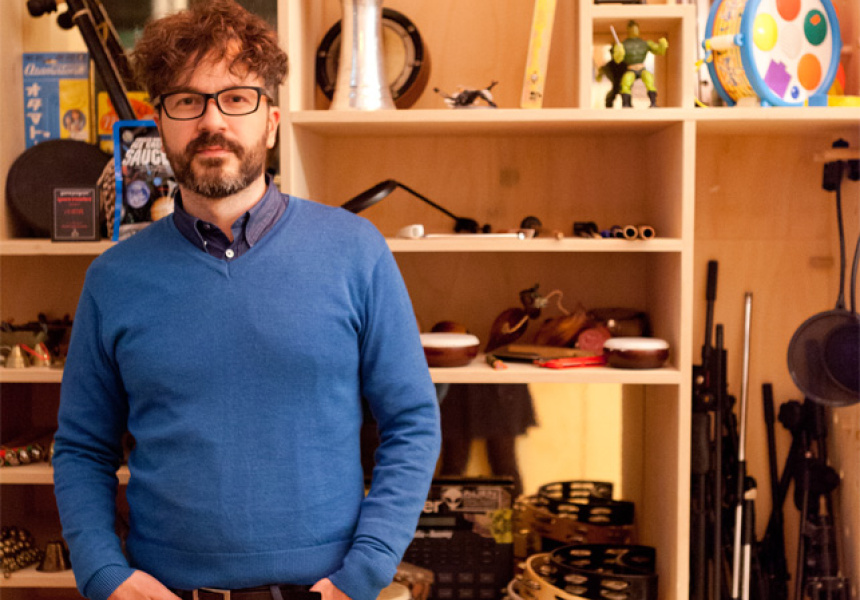 Cornel Wilczek is hunched over his desk in front of his computer, fingertips rattling across the keyboard. He turns and smiles apologetically, mumbles a thought to himself, launches back into typing.

Though he may be ensconced in his personal studio at Electric Dreams – an intricately designed and planned muddle of studio monitors, mixing desks, sequencing units, guitars, vintage synthesisers and soft natural light – it isn’t music that Wilczek is working on. Nope, the man known to most for his experimental pop and electronic flourishes under the Qua moniker is toiling away at the far less glamorous task of scribing emails. Client relations, you might put it – ironing out the bugs on a recent, somewhat tenuous compositional job for an advertising agency.

It’s the kind of task that Wilczek and his collaborators have had to become adept at handling. Though Electric Dreams’ South Melbourne headquarters seems to espouse a kind of utopian creative vision – bringing together a host of Melbourne’s most creatively minded musical folk in the one astutely designed studio – this is a business. In the three years since Wilczek abandoned his cramped home-studio to build Electric Dreams, the studio has made significant artistic and commercial impact, earning a reputation both for its facilities as a recording space and for its output as a compositional and production house taking a distinctly contemporary approach to making music for film, television and advertising.

“It’s certainly an idea that confounds a lot of people,” smiles Wilczek. “So many people make music and work in music, but the idea of gigging Melbourne musicians turning it into a sustainable business is quite confusing for people and is met with a lot of curiosity.”

The notion of making a wage from music runs counter to the narrative of the struggling indie musician, getting by on an income limited to gigging, meagre record sales and odd jobs. Yet, drawing on the talents of a circle of friends and likeminded musicians, Electric Dreams – which shares a building with music licensing company Level Two Music, Ga Ga Publishing and Exit Films – has grown to employment for a handful of Melbourne’s most respected young indie music sorts. Mark Mitchell (who has toured and released records internationally as lateral pop act Clue to Kalo) and Jojo Petrina (the voice and smarts behind Magic Silver White) work in the studio fulltime as composers and producers alongside fulltime studio manager Danny Thiris, while Super Melody’s James Cecil, cellist to many Biddy Connor and engineer Byron Scullin are all members of what Wilczek terms “the inner circle” of staff.

“Saying that, there’s quite a few other artists who come in and do regular work and now we’re working regularly with someone from London,” he says. “Whoever is right for a job, we get in.”

The fact that Electric Dreams is artist-run, and as such has the ability to draw on a much wide community of potential musicians and collaborators, sets it apart. “We kind of pool our resources,” says Wilczek. “It’s not uncommon to get that call on a Friday night in which the client says, ‘We’ve got this ad and we need a string section and choir and we need the composition done, all recorded and finished by Tuesday or Wednesday’…because of the band thing and the circles that we move in, we can pull upon people really quickly and get things moving fast. And as a result, all our friends can get paid.”

The diversity of the studio’s output is testament to this idea. While their work can be heard on recent television advertising campaigns for Bupa, Medibank, White and Yellow Pages, NAB and Bonds – not to mention their rerecording of the opera piece Nessun Dorma for the Carlton Draught Slow Motion campaign, which they went onto win international awards for – Wilczek’s recent productions have included The Wagons’ celebrated 2011 album Rumble, Shake and Tumble, Mystery Twin’s self-titled debut, plus recordings for Clare Bowditch, World’s End Press, PVT plus My Disco’s upcoming EP. But the majority of Wilczek’s year has been swallowed scoring the studio’s first feature film, Save Your Legs, due out in the second half of 2012.

“Most of the time we don’t really know what’s coming next and that’s the beauty of it,” he says, his chiming mobile heralding another onslaught of emails.

And it’s often the most unlikely work that is the most rewarding. “I did an advertising job of NAB last year in which I was able to get my head around something that I had wanted to do for a really long time, which was create that 1950s, lush, Hollywood string sound,” he urges, trailing off for a minute.

“It’s a small thing, but for someone who is interested in all facets of music and production, it’s achieving those little goals that is really rewarding.”