Melbourne based visual artist and musician Dylan Martorell has created sound-based installations and sculpture for the Heide Project Gallery that opens tomorrow. 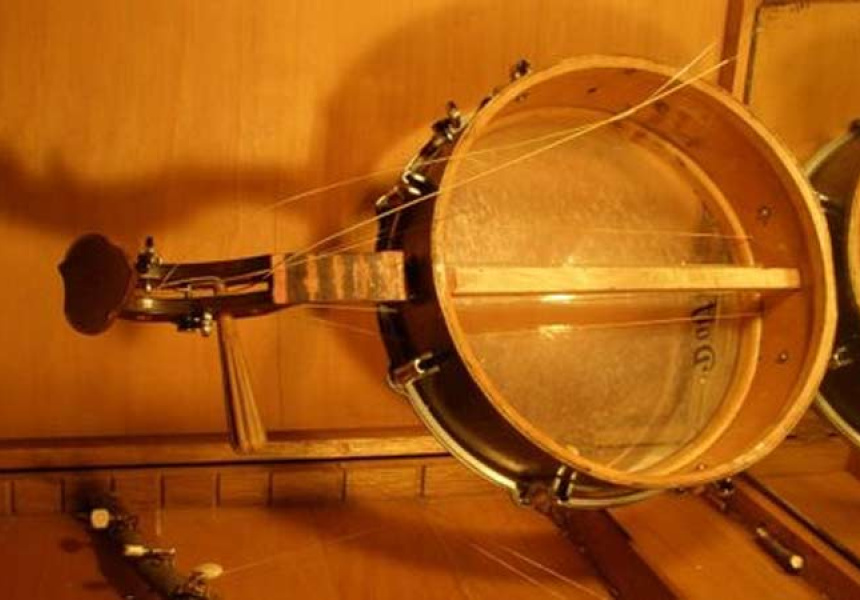 Layering elements of drawing, sculpture and music, Martorell’s exhibition, Musique Povera, features a number of hand-made musical instruments built from found objects including discarded tins, plant matter, rocks, glass, an old wooden crutch and a toy plastic parrot. He will display these musical sculptures next to a series of drawings on plywood that function as musical compositions.

“Martorell’s curious ensemble of sound-making objects makes a striking sculptural environment resembling the types of display one might see in an ethnographic museum,” comments Heide curator Sue Cramer. Not surprisingly, Martorell is interested in the music diaspora where musical themes develop within their environment.

Four performances by Martorell and other collaborators will take place at Heide during the exhibition on Sundays in August.

Musique Povera will run from July 31 to November 14.