We chat with Australia’s modern day Italo-funk artist as he gears up for the release of his second studio album. 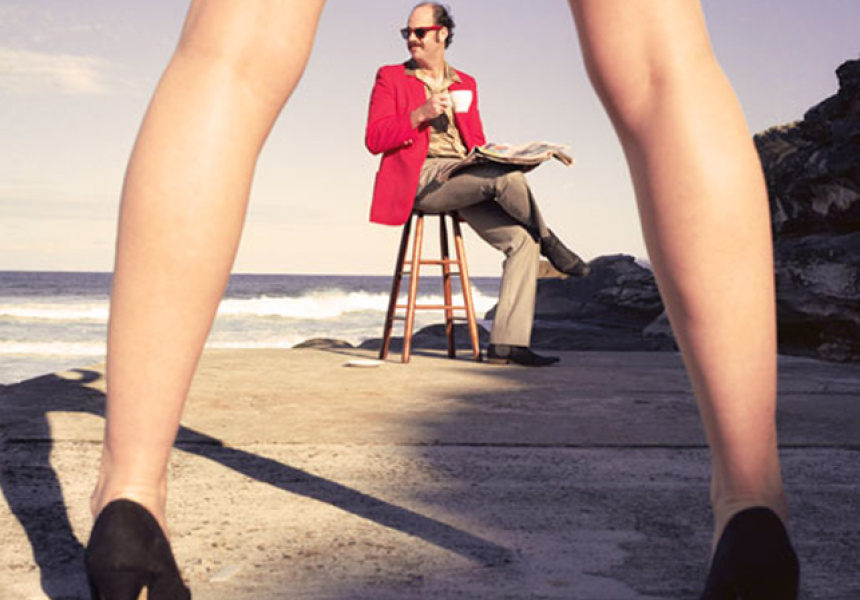 2011 was a successful year for Sydney-based musician Donny Benet. He finished and released his debut album, Don’t Hold Back, delivering a sound full of sophistication, sexuality and street heat. He very quickly generated a huge following and was a man on the minds of many a music blogger and reviewer. While on tour, he began to write again and so the evolution of Electric Love began.

A mysterious, softly spoken, genuine and hard-working fellow, we recently got the chance to chat to Benet about his career so far, his influences, his new album and what’s next.

MH: So Donny, tell us a bit about yourself and how your musical career began?

DB: Well, I prefer a lot of Italo-funk, synthesised music. I’ve been playing for quite a while now and started out playing the accordion for a few years due to my father’s influence. I can still play it but I moved across to the bass, playing a lot in other people’s bands over the years, including Jack Ladder for the past few years. I’ve always been recording music and about two-years ago I met with Rice Is Nice Records with a bunch of songs of which they put out and since then it’s been great. I’ve been touring around doing supports, doing my own shows around Australia and the world and it’s been really cool.

Who are the biggest influences in your music?

There’s a lot of Prince in my music…but I’m influenced by really bass heavy music – Prince, Rick James, all the old 70s and 80s funk and Motown stuff.

And where does the Italian disco funk come in?

Well there’s Giorgio Moroder, who is a famous producer and composer who did a lot of movie scores and produced for a lot of 80s artists – a real originator and creator of the Italo disco sound. So aside from my Italian heritage, there are all these influences that get thrown into the mix.

Who’s your number one artist at the moment or most played track?

Well, definitely it’s always Prince, but my favourite Prince track changes all the time. So at the moment it’s Mountains. I’ve been checking out a lot of the Apollonia 6 stuff lately too.

So, if you could play with anyone in the world, would that be Prince then as well?

Yes. I would love to play bass for him.

Love is a continuing theme in your music. Why so much about love?

Well, I think most songs are about love but it’s also a stylistic thing, having been influenced by the music of the 80s. The thing about being a musician and an artist is that you want to write music that you enjoy performing and if you can get an insight of what people enjoy hearing when you’re touring and marry those two together, then everyone wins in the end, which is kind of cool. If people are enjoying your music then that for me is the purpose and power of it.

Can we ask who Julia is – the title of one of your songs on Electric Love?

(Laughs) Well Julia knows who she is. Julia is both fictitious and real. There are two versions – there’s one for the real Julia who is a really cool person and the song was a present for her. I wrote this song on the plane and it took about five minutes to write which is usually a good sign. The fictitious Julia is the illusive romance you’ve had – someone you know and really admire and you know something special’s going to happen but you just can’t quite pick the timing. In the context of this song, the timing’s nearly gone too long but at the end of the day we both get together, which is the ‘classic love conquers all’ story.

What’s next for you in terms of gigs and festivals other than the launch of your new album at The Workers Club in Melbourne on September 14?

There’s so much I want to achieve in such a small amount of time. More gigs here and overseas but I really want to pursue co-writing with other bands as well. I record and write so much music all the time, it’d be great to do soundtracks and things like that. There’s always something to hustle.

With themes of heat, love, war and self-belief, Electric Love reflects the highs and lows of life on the road through the eyes of a modern day Italo funk artist.

Catch Donny Benet at his Melbourne launch party on September 14 at Fitzroy’s, The Workers Club. Go on, treat yourself.