Do as the French Do

The Alliance Française French Film Festival has hit our screens and we are giving away double passes to celebrate. 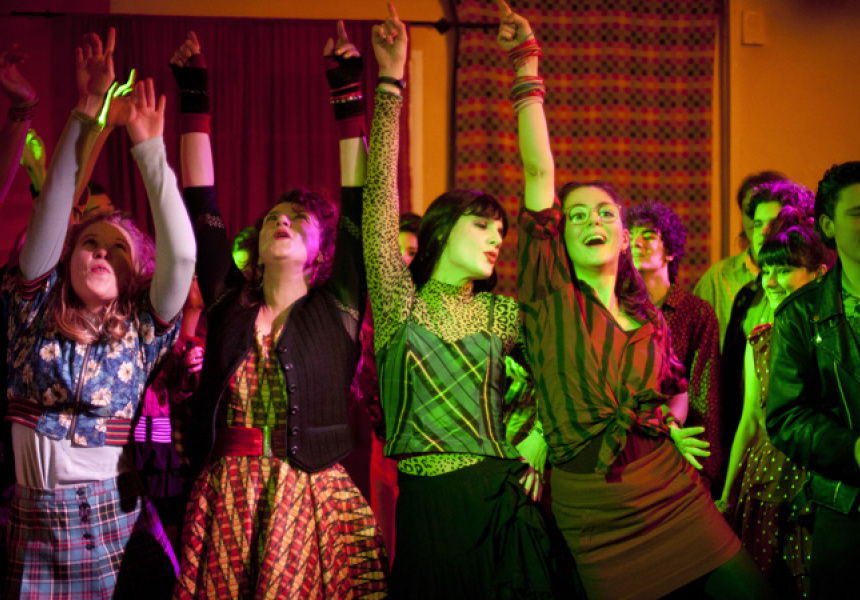 In the House (Dans la maison)

It’s that time of year when Melbourne’s cinephiles don a beret in preparation for the Alliance Française French Film Festival. For two-and-a-half weeks, five Palace Cinemas locations round town will be showcasing the best in Francophone cinema. But with such a wide-ranging program, where do you start in your French film exploration? We have a few recommendations to get you in the spirit.

Haute Cuisine (Les saveurs du palais)
Based on the true story of Danièle Mazet-Delpeuch, the first woman to take the position of personal chef to the French president, Catherine Frot plays a fictionalised version of Mazet-Delpeuch, who not only has to battle the resentment of the rest of the staff populating the Elysée Palace’s kitchen, but also with the constant spectre of politics. A fun treat of a film that is sure to leave you salivating.

Farewell, My Queen (Les adieux à la reine)
Sidonie, a servant in Versailles, wakes up expecting a day like any other. But this is the day that heralds the storming of the Bastille, the eventual removal of the French monarchy and the downfall of the queen that she adores. Director Benoît Jacquot infuses this costume drama with constant juxtapositions between the banal everyday and the frenzy of revolution, as the well-ordered world of Versailles that floats around Marie-Antoinette (played magnetically by Diane Kruger) ever so quickly crashes to the ground.

Camille Rewinds (Camille redouble)
Camille is 40 and her marriage to her childhood sweetheart Eric is crumbling around her. Convinced that she’s wasted her youth, she goes on a bender at a New Year’s Eve party and the next morning wakes up back in 1985. Yes, it’s basically a French version of Peggy Sue Got Married, but you can’t help but be swept up in Camille’s embracement of her second chance, as she attempts to right her past wrongs and put her life on a different course. If time travel comedies are your thing, be sure to also check out Another Woman’s Life (La vie d’une autre), where Juliette Binoche travels the other way as a woman who meets a man while in her twenties, before waking the next day having been married to him for a decade, with a child and with no idea what happened in between.

In the House (Dans la maison)
Germain is a high school literature teacher who is being driven to despair by his students’ complete lack of writing talent. That is until he reads the work of Claude, who beguiles his teacher with seemingly true tales about a bourgeois family whose house and lives Claude has disturbingly infiltrated. The boy’s writing soon has an addictive effect on Germain that will threaten everything that he holds dear. The new film from François Ozon (Swimming Pool, 8 Women), In the House is a darkly comic examination of obsession taken to extremes.

Ernest & Celestine (Ernest et Célestine)
An utterly gorgeous animation from Belgium, Ernest and Celestine tells the story of Celestine, a tiny mouse with ambitions of being an artist, who becomes friends with Ernest, a great big bear who busks on the street for food. This wouldn’t be a problem, but for the fact that mice and bears are supposed to be sworn enemies, and Ernest and Celestine are branded as criminals and end up on the run from their respective societies. A cute and moving parable about overcoming intolerance, complete with a beautiful storybook visual style.

Children of Paradise (Les enfants du paradis)
A true cinematic treat is in store for the festival’s closing night – the newly restored version of Marcel Carné’s 1945 masterpiece Children of Paradise. Made during fraught conditions in the final years of Nazi-occupied France, this sumptuous drama about the life and loves of a mysterious woman being courted by four men (each representing different levels of French society) is one of French cinema’s greatest treasures and an absolute must-see.

The Alliance Française French Film Festival runs from March 6 to 24. Click here for the full calendar of films.

We have 5 double passes to give away to any session at The Alliance Française French Film Festival. To win, email us at win@broadsheet.com.au with your postal address and ‘French Festival’ in the subject line.

This competition has now closed.