Broadsheet travels to Los Angeles to chat with Toby Burke Hemingway, the Australian songwriter and musician whose distinctly curated retail venture, Hemingway and Pickett, is carving out a distinct niche in a reinvigorated LA design scene. 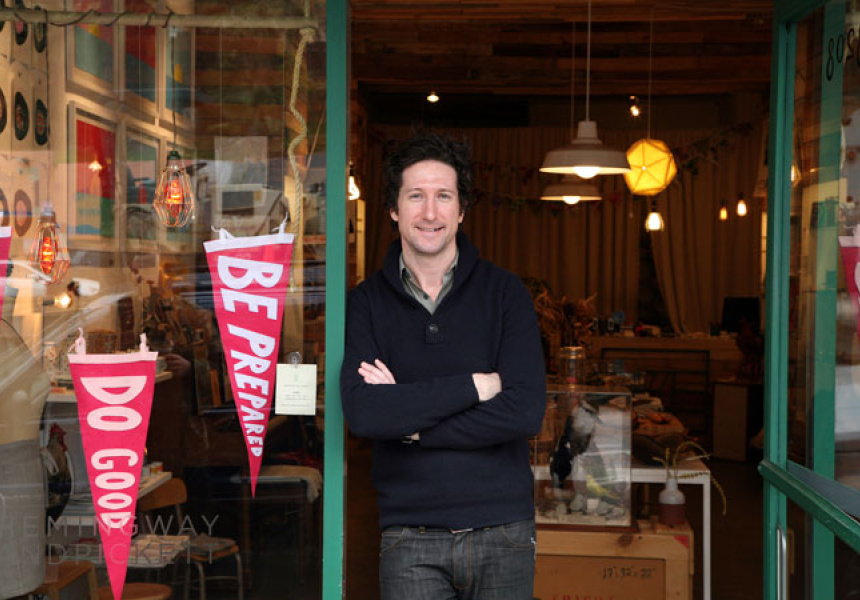 Design retail might seem a world away from the recording studio or the stage, but to Toby Burke Hemingway’s way of thinking, the two share a few more resonances than one would imagine.

The 36-year-old understands his store Hemingway and Pickett, which he opened in the inner Los Angeles suburb of Silver Lake in early 2011, as a context for exchange rather than a mere point of sale.

“That idea of exchange is a really nice idea to me,” offers Burke Hemingway, as we chat over lunch in Los Feliz, a small, buzzing neighbourhood bordered by Griffith Park to the north and Silver Lake to the east. “It’s a human exchange, you know? It’s like, ‘I see what you do, I appreciate it and I’m going to give you some of my hard earned money’. And that leads to other conversations and it leads to a sharing of values about certain things and meeting a lot of interesting people.

“Buying and curating is fun, but it’s the exchange with people that is the most fun,” he continues. “Meeting new artists and meeting new customers – that’s the heart of it.” It’s a notion that begins to make sense the more time you spend with Melbourne-raised Burke Hemingway, whose recording career yielded four albums fronting his noted US-based band Horse Stories, three solo records of varying incarnations, various American, European and Australian tours and composition work for film. His store, which is marked by a striking interior constructed using reclaimed timbers sourced from former shipping palettes, eschews countless design retail archetypes, not only via its focus on both local and Australian handmade products, designers and artists, but its philosophical underpinnings.

“There’s a certain practical element to what we sell,” says Burke Hemingway of the distinctly homely space. “We don’t sell design objects that don’t fulfil a need… I don’t want it to be too serious, but I try and keep it very grown up in a way.”

Indeed, in a little less than two years, the business (named after Burke Hemingway’s late grandfather, great grandfather and great, great grandfather’s Melbourne distribution business) has prospered in the midst of an LA scene rapidly changing its stripes. Where the city’s design set once focused its energies on the high-end, big-name brands that litter West Hollywood and Beverley Hills, grittier neighbourhoods closer to LA’s Downtown area like Silver Lake and Echo Park are re-enlivening the city with an eclectic scattering of bars, independent stores, gallery spaces and cafes. A stroll east down Sunset toward Echo Park following out interview reveals a suburb in an exhilarating state of upheaval – street refuse, graffiti and old-school taco joints rubbing shoulders with new bars, stores and boutiques.

It’s a dynamic that Burke Hemingway – who lives a five-minute walk from the store with his wife Jessica, a film executive at Warner Brothers – loves about the area. “The neighbourhood we’re in is one of the real reasons we’re doing it,” he says of the store. “We’re not talking about a place where people haven’t travelled; they’ve been around and they’ve got friends in other parts of the world. They’ll be like ‘Oh, I’ve got a friend from Australia and I know that brand’ and that sort of thing. So people love it.”

Having lived in Los Angeles for 12 years (with short stints in London and back home in Melbourne in the mid-2000s), chased the recording and touring circuit and done time in television production and copywriting, the recently naturalised Burke Hemingway feels as though he has found a genuine calling in his adopted city.

“I came to the realisation that to keep doing music fulltime would mean spending a lot of time away from home,” he says. “So I wanted to do something that was the complete opposite and would ground me to home.”

And he’s not just referring to Silver Lake. “The store was a away of not just staying connected with friends and creative people I really admire back in Australia, but promoting them over here.” 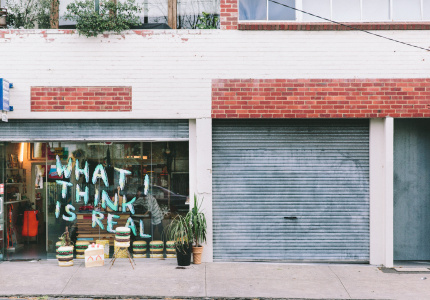