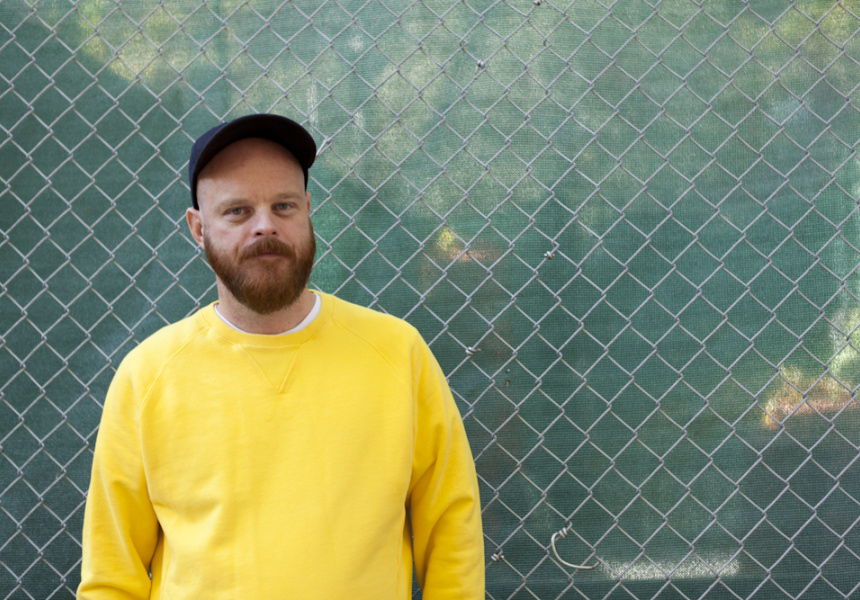 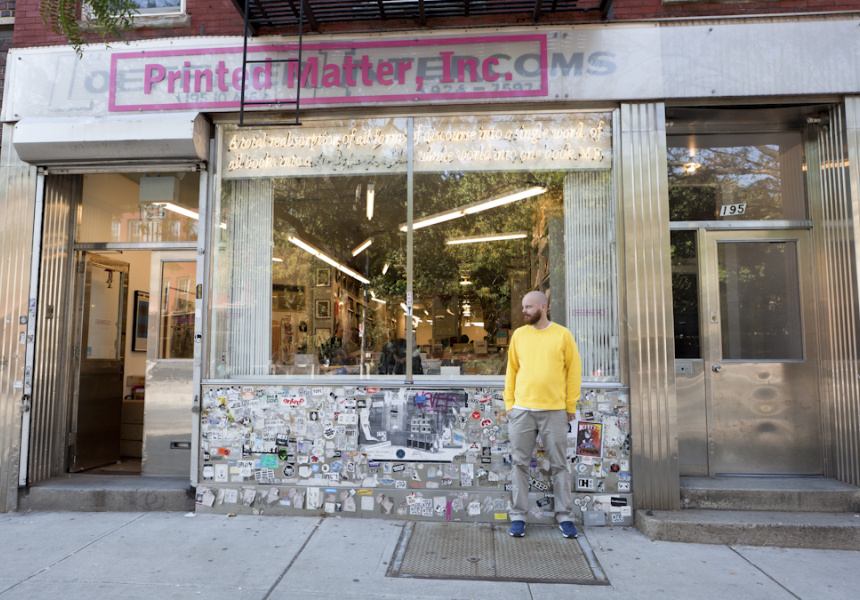 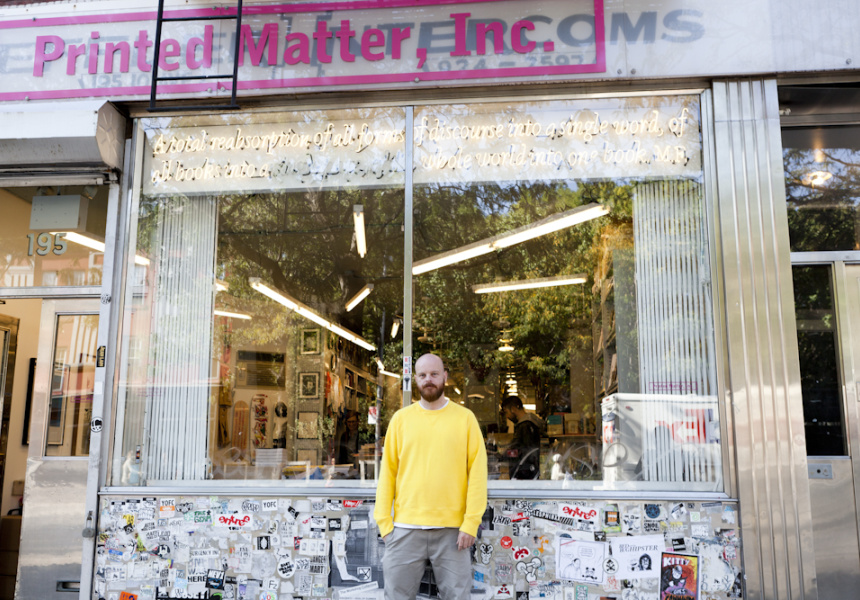 A steady stream of festival hangers-on mill about the store, greedily thumbing through new books. It’s little wonder. Founded in 1976 as not-for-profit organisation dedicated to artist-made publications, Printed Matter is the world’s most significant and definitive artist book institution. Operating under the wing of a skeleton staff and limited resources, Printed Matter holds arguably the biggest collection of limited edition publications from around the globe, curates countless international events and exhibitions and is the force behind the New York Art Book Fair, the largest and most prestigious gathering of its kind in the world.

But at least for Cane, it’s time for a break. There’s a telling sigh, a stroke of the signature red beard and we’re out of there, wandering our way up 10th Avenue in search of a bite to eat. “I had a two-year plan when I arrived here,” he smiles, checking for traffic as we scuttle across West 22nd. “But New York just swallows you up. It’ll be four years next May, and three and a half years at Printed Matter.”

One of only four full-time staff at the organisation, Cane has one of the most enviable, if not demanding, jobs in the international microcosm of independent art publishing. While his official title is that of Distribution Coordinator, Cane’s job spans sourcing and distributing new titles, managing the store’s online presence and exhibition and event curation, from Art Basel in Miami and Switzerland to Art Los Angeles Contemporary.

“Walking into Printed Matter, let alone working there, is like an art history lesson,” smiles Cane, as we station ourselves in a compact park on the east side of 10th Avenue, trees and vines offering some respite from the city clamour. “I don’t care where you’ve studied, there’s always going to be something in the store that you didn’t previously know about.”

He has a point. At last count, the store had over 15,000 titles on shelf. “There’s stock that has been floating around that store since the 70s,” says Cane, who lives in Bedford-Stuyvesant in Brooklyn. “Our mandate is to never send a book back, because someone made that book and it’s our mission to keep it for sale.”

Having grown up in suburban Fertree Gully – later doing time at Polyester Records, Outre Gallery and Readings – Cane made a name for himself via his celebrated queer art magazine They Shoot Homos Don’t They?. Launched in 2005 after a period of travel, Cane frames the magazine – which has featured the likes of Bloc Party’s Kele Okereke and Deerhunter’s Bradford Cox as its cover stars and artists such as David MacDiarmid, Paul Knight, Terence Koh and cult Canadian filmmaker and photographer Bruce LaBruce among its pages – as “an art almanac” of what gay men are making creatively.

“Travelling through places like Los Angeles, Berlin and London, I just kept meeting these small communities of creative types who were making zines,” he recalls, citing influential Dutch gay periodical BUTT as a key catalyst in the development of TSHDT?. “BUTT was great at showing there was a diverse community and that we’re not just this kind of stereotype, but what I wanted to do was make a catalogue of all the different kinds of work gay men were actually doing.”

One of TSHDT?’s most enduring facets, however, has been its engagement with queer history. “The gay community can be very ‘here and now’,” says Cane. “I wanted to acknowledge that but also show where it has come from and point to a lot of the artists who were lost in AIDS epidemic of the 80s and 90s.

“When you’re gay and you come out, they don’t send you off to school to learn about your cultural heritage,” he laughs.

The magazine resonated. Internationally renowned artist, publisher and then Director of Printed Matter, A.A. Bronson, became a fan and invited Cane to launch an edition of the magazine as a guest of the New York Art Book Fair in 2006.

Following a second year exhibiting at the fair and with a spiralling readership in New York, he made the shift from Melbourne with his then partner in 2008. As luck would have it, a rare position at Printed Matter became available soon after.

Making our way back to the store, you get the feeling that Cane will be around for a while yet. “The Chelsea art community and gallery system is one of the biggest in the world and all the artists, all the curators, all the collectors from around the world, they all stop in at Printed Matter,” he smiles.

“We don’t get paid well, but you do it because you love it and you’re passionate about books. The people I’ve met here and the friends I’ve made… I couldn’t have asked for a better introduction to New York.”