A Different School of Thought 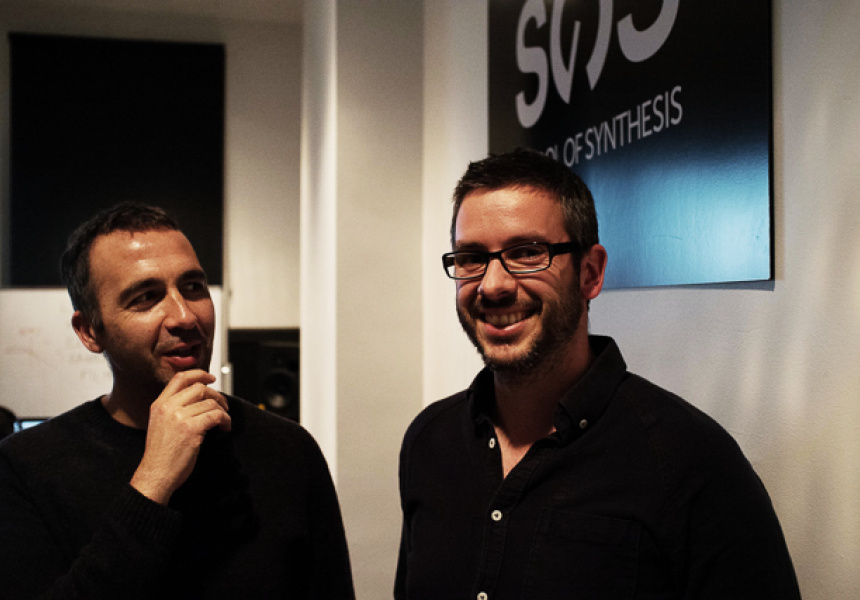 In 1919, a very special recommendation landed in the mayor’s office at the London City Council. It suggested that the city needed accessible, affordable education for Londoners large and small – for the young and old and for those who couldn’t pay for it. When the idea began to build up a head of steam, City Lit, London’s first alternative education facility, established a campus in the heart of London and today it has some 4000 courses boasting a range of students from all walks of life.

So how then, on a Tuesday evening in Melbourne, when walking up a set of stairs at the entrance to the Prahran Market, does that same idea come to mind? Well, School of Synthesis, which convenes on weeknights above the delicatessen at the market, is derived from the same core values as the now famous City Lit.

The brain child of Davide Carbone, Mike Callander and Shaun Keyte, three electronic music aficionados from Melbourne with decades of production experience, School of Synthesis is a flexible alternative to Melbourne’s more rigid music schools. There is a range of classes for students, from the production masterclass that Carbone is teaching tonight, to sound design, synthesis and sampling. The school is informal – casual even – and Carbone’s fluid teaching method affords students an education without the stiff formality.

Carbone developed the plan for School of Synthesis while teaching music production at RMIT in Melbourne, but he says the grand vision was born almost a decade ago, while he was teaching at City Lit in England. “I was teaching a course on Logic at City Lit. I was a drum and bass artist with a drum and bass label in London,“ he says, while his students from the production master class take a five-minute break in the cloisters. “One day they asked, ‘Do you want to teach drum and bass?’…‘Who would want to learn drum and bass?’ I said. ‘Well it’s very popular in Britain so we imagine there would be loads of people,’ they said. So with that, I started teaching Davide Carbone’s Drum and Bass Masterclass.”

With a population more than double the size of Melbourne, Carbone says London was, perhaps, a little better equipped to provide alternative learning courses. Initially worried about the response, Carbone has been surprised by people’s enthusiasm. “I think there is that same level of interest in music here. We are a city of 4 million people and everyone is a muso, everyone is a DJ,” he says.

And while School of Synthesis is only a small operation – running four nights a week in a small room above the market – Carbone says there’s no limit to alternative education. “Growth for us would be to have weekend courses during the day and classes every night,” he says, ushering the students back in from their break. “Schools are very more-ish, you know. If these guys have a good time, they’ll go and tell all of their mates. So what do you do? Do you start growing the classrooms, take over the place next door? Or do you expand to offer more classes?”

At present, it’s limited to music courses, with a maximum of eight students in each class. The room is fitted with state of the art production equipment, including production interfaces, Ableton Live and Logic, and Akai midi keyboards and samplers. And according to Carbone and his partner, Mike Callander, there’s plenty of room in Melbourne for a free-form education facility.

“I have a friend who is an architect, working with one of the largest firms in Australia, and he wants to use the room to do the same thing but on CAD [computer-aided design],” he says. “Who knows what could happen? I guess we’ll have to see what people are interested in.”

For more information on classes, visit The School of Synthesis website.