Diego Mathuez: From Venezuela to the MSO

Diego Mathuez came to classical via Venezuela’s El Sistema, a program designed to get children – rich or poor – playing music. Now he’s one of the world’s brightest young conductors, and he’s here in Melbourne. 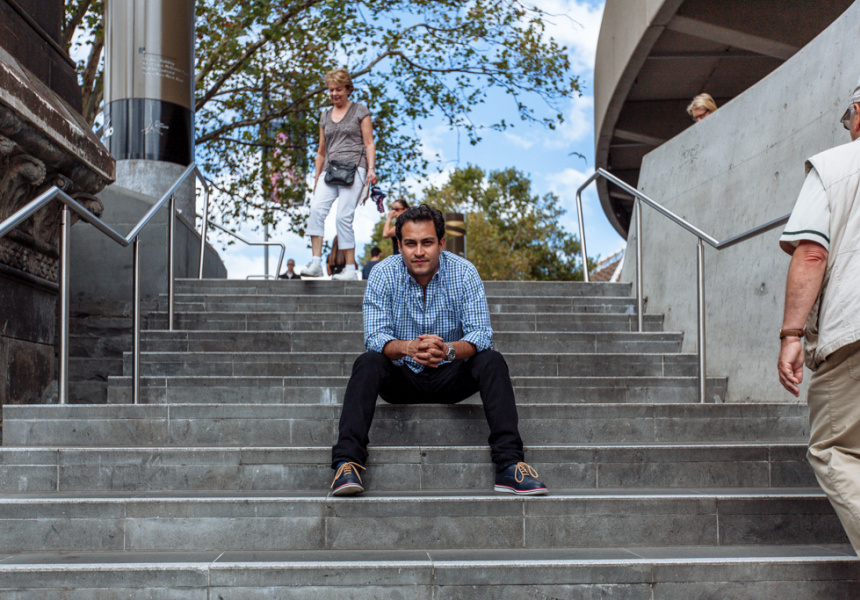 Being a conductor, says Diego Mathuez, is like being a wizard. “You’re like Harry Potter, you know?” he exclaims. “Sending energy to the musicians!”

And the young Venezuelan conductor definitely has energy. At only 29, Mathuez travels the world year round, splitting his time between Caracas and Venice, where he serves as the chief conductor of the Teatro la Fenice – or wherever he’s invited to conduct. “Almost every week I’m in a different place, but I get used to it,” he says. “Sometimes I say I’m tired, but then I take some days free, and I need to work, I need music.”

Over the next three years, Mathuez will be a regular visitor to Australia, taking up a position as the Melbourne Symphony Orchestra’s principle guest conductor. Every few months, Mathuez will return to the city for a series of concerts – like this week’s performance of Rachmaninov's Paganini Rhapsody with acclaimed pianist Joyce Yang. “Rachmaninov will be amazing, I love this piece. It’s actually the first time I’m conducting this piece, but I love it,” says Mathuez.

In the high-flying world of international conductors, Mathuez is something of an anomaly. While classical music is often perceived as the realm of the privileged, Venezuela has a pioneering music education program open to children from all backgrounds. Established in 1975, El Sistema currently involves more than 350,000 students in pre-school, children’s and youth orchestras – three-quarters of whom are from families living below the poverty line. “El Sistema is there to give the opportunity to everybody – people without money, people with money, people without education, people with education – to have the opportunity to be close to classical music,” explains Matheuz. “When children have an instrument they create a discipline, a perspective on life. That’s what happened to me.”

Although Mathuez’ father wasn’t a musician himself, he enrolled Diego in the El Sistema at eight. It quickly became apparent that the young violinist had a real aptitude for music. “I really enjoyed it, I remember,” recalls Mathuez. “When I was 12 or 13, I hated school but I loved the conservatory.”

By the age of 15, El Sistema’s founder, José Antonio Abreu, was personally mentoring Mathuez in the art of conducting. While he was stern in his instruction, he laid the foundation for Matheuz’s own career. “For two years I had to do exactly what he said,” says Mathuez. “But after that, he gave me some freedom to develop myself. He gave me a wonderful basis.”

Through school and university, Mathuez continued dividing his time between conducting and the violin. But, by his early twenties, he knew something had to give. “I tried to do both for three or four years, but I didn’t have time,” he says. “I still play the violin sometimes but, you know, with violin, you need to keep practicing and practicing.”

But, it’s pretty clear Mathuez made the right choice. He explains that the process he goes through to deeply understand a piece of music is one of the most rewarding. “The beautiful thing is that every time you can find something new in a score. Every time will be different,” he says. “It’s not to try to make it feel new; it’s more to be close to what the composer wants.”

Of course, while it’s a rewarding process, it’s also a stressful one. Matheuz acknowledges that there’s a lot of pressure on the conductor to get it right. “If you make a mistake, everybody in the audience will know,” he laughs. “You have professional musicians in front of you – 100 musicians – and you have to tell to everybody what to do. You have a huge responsibility.”

Despite his love for classical, it’s not the only music close to Mathuez’s heart. “I love, of course, Latin American music, pop, Shakira or Beyonce!” he enthuses. “One of my dreams is to do a concert with U2.” Go figure.