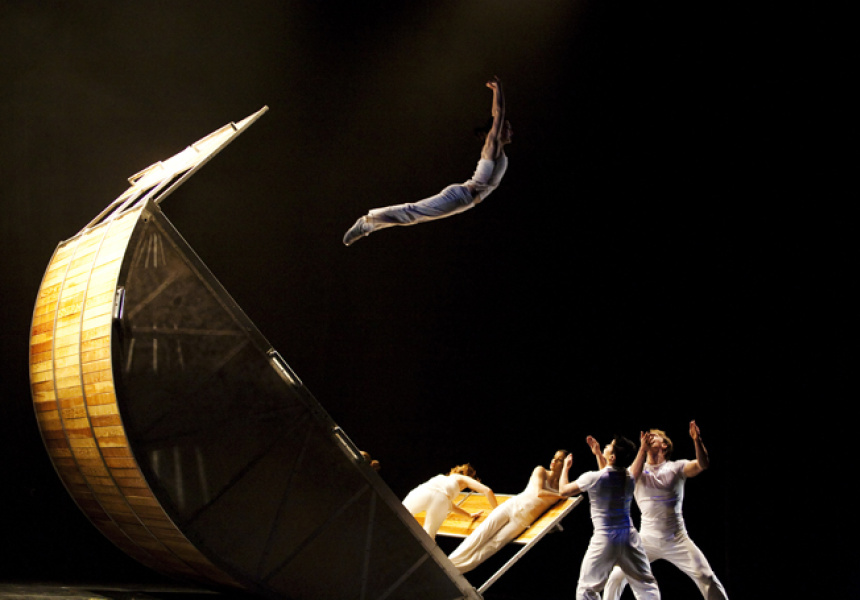 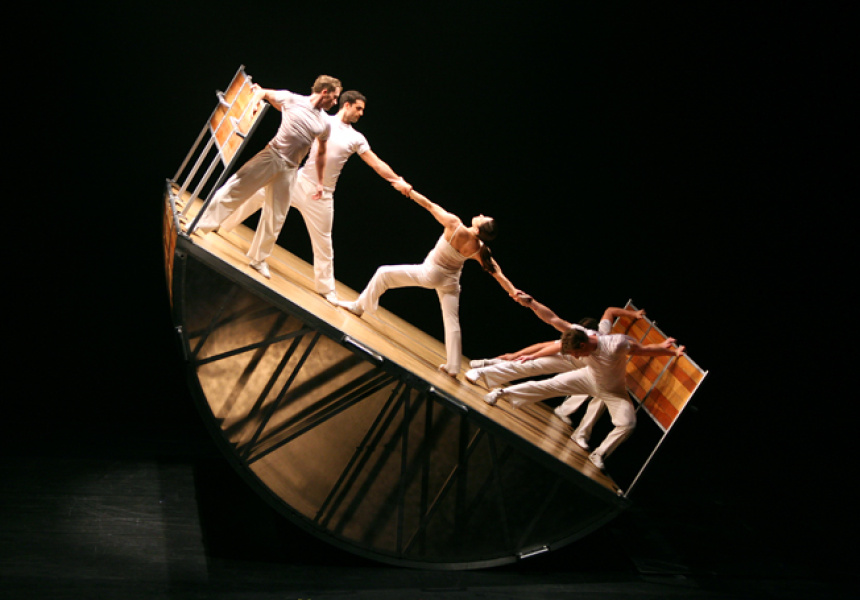 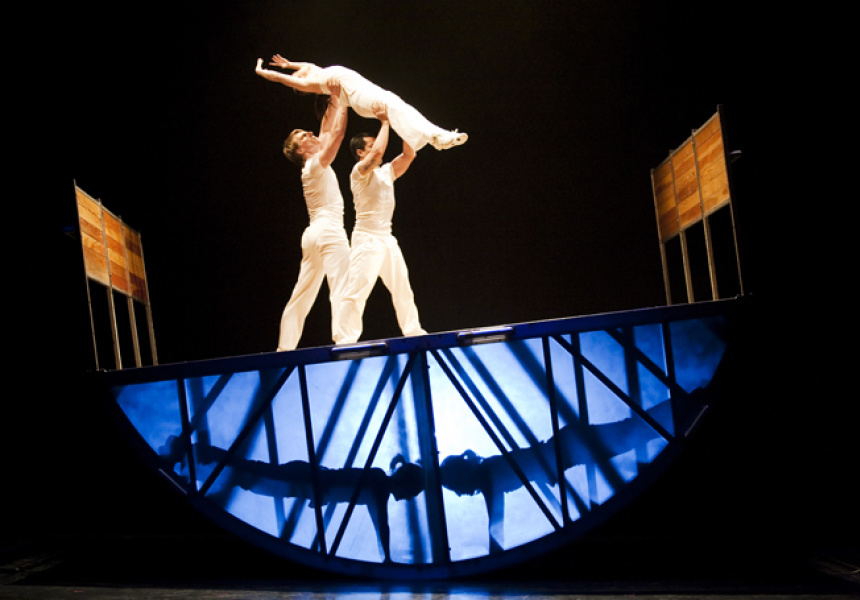 The Arts Centre’s State Theatre is empty aside from a few technicians and producers. They stare forward as a collection of dancers lunge across the top of an enormous half-pipe, rolling it back and forth across the stage like a mutant-sized chunk of alabaster watermelon rind. The music and movements coincide with the roll of the pipe, so it’s both a prop and catalyst. “And that’s what Diavolo is all about,” says artistic director Jacques Heim, settling into a chair. “It’s a show about surroundings, and how humans react to them. It’s not a typical show about dance.”

Diavolo Dance Theatre is the brainchild of Parisian-born Heim, who, straight out of Arts College, decided to start his own dance company. He’s supremely French, with sweeping hand gestures and a flair for making a philosophical statement out of every sentence. He explains that his career came about as a sort of accident. “When I was young, I was bad, I was a rebel. So when I came to America I thought ‘perfect, I can be an actor and that way I will be my own boss’. But at that point my English was so bad that I turned to dance instead of acting, and I fell in love with it.”

He explains that he loves movement, and how movement is affected by the objects around him, especially architecture. “So I wanted to create a new style of dance. Something that had both the elements of movement and architecture, so I started Diavolo and you know what? At first it was really no good at all.”

“At one of my shows,” he confides, “I sat watching the opening night with the audience and it was so bad that I had to leave. I went into the foyer and ordered a bottle of wine and got drunk because I couldn’t face what I’d done.” That was back in 2005 but he’s been on a steady upwards trajectory since. In 2007 he was commissioned by the Los Angeles Philharmonic to create a trilogy of dance pieces to premiere with the orchestra at the Hollywood Bowl, the most recent of which, last year’s Fluid Infinities, was set to the music of emotive maestro Philip Glass. “It’s the struggle that makes it worthwhile. To pass obstacles and finally create something great, that’s the whole point.”

And that was a piece of wisdom he was recently reminded of. His current show, Architecture in Motion, which begins with the rolling half-pipe, transitions into an exploration of skate culture as inspired by Dog Town and Z-Boys. Set in a skate park, the dancers do their best to defy gravity, hurtling and leaping about the curved stage set. In researching the piece, Heim talked with teenage skaters about the sport. “I asked one of the guys if he’s ever afraid of getting hurt. He said ‘Jacques, you can’t think of “if”. You just need to go on straight ahead and do the best you can and not worry because that’s the best that anyone can hope for’. And I thought ‘wow, this kid has just told me the meaning of life’.”

Architecture in Motion is his proudest show yet. “I’m a bit nervous but it’s a good nervous because I know that it’s good work,” he says, sweeping his Gandalf-like hair back as something catches his eye on the stage. And with that he’s gone, bounding down the aisle to offer some instruction. The dancers are now being flung into the air from either side of the rolling watermelon and it’s no longer dancing so much as acrobatics. The score thunders through the theatre and it’s clear that he is right. This is no typical show about dance.