Heide’s new exhibition shows one of America’s greatest and most polarising photographers at the height of her power. 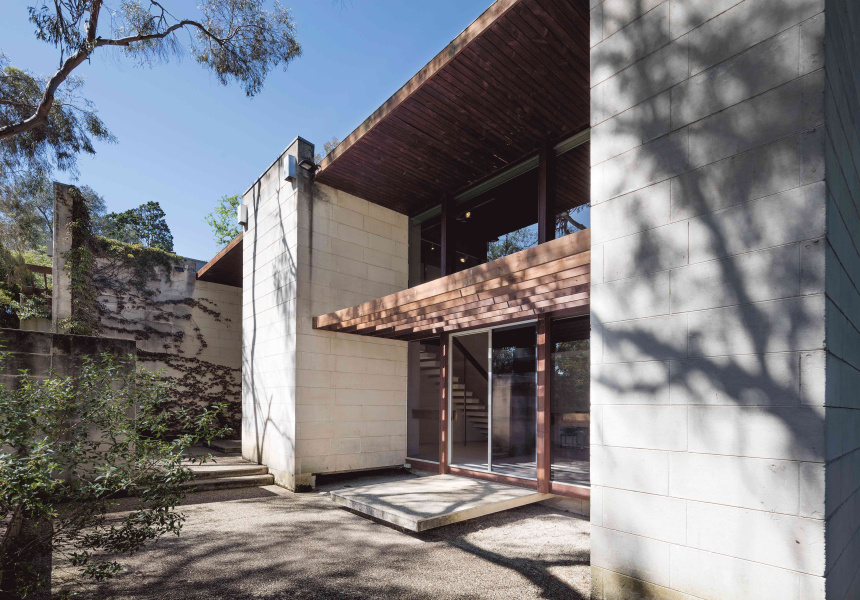 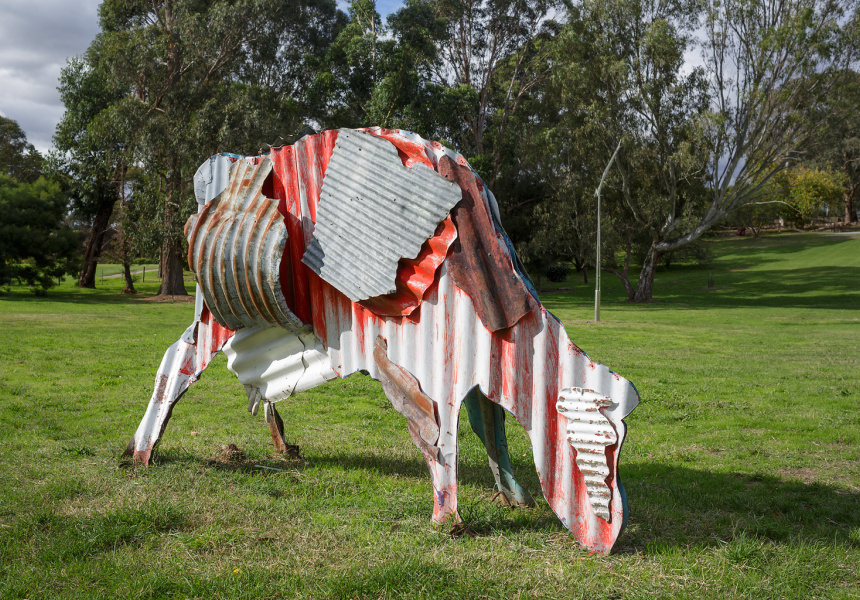 In Roselle, New Jersey, in 1966, Diane Arbus turned up at a children’s party. There she captured an image of identical twin girls that went on to become legendary in the American photographic canon. Her subjects are seven years old and dressed in matching tunics with uniform hairstyles. One smiles slightly, one frowns slightly. They’re perfectly ordinary, but it doesn’t feel that way.

The power of the image – like all of Arbus’s work – is that it captures, simultaneously, the ordinary and strange; the real and surreal. And they’re not so different.

At Heide, a new exhibition of Arbus’s ’50s and ’60s photographs, Diane Arbus: American Portraits, reveals a photographer with a gift for vividly capturing Americans in the middle of the 20th century, and all their eccentricities.

Arbus started out as a commercial photographer, shooting for magazines such as Vogue and Harper’s Bazaar in New York, where she was born and grew up. She tired of photographing celebrities, who she described as “covered in shellac”, and turned instead to the streets in search of America’s overlooked. In her signature matter-of-fact square-format black and white images she documented a previously "unseen" side of America.

She shot circus performers, ordinary old women, impoverished families, cross dressers. She shot a claustrophobic living room with a huge Christmas tree stacked with presents. She shot a family of nudists. She shot a giant. She shot dwarves.

Arbus captured the odd and the outcast. Her critics – of which there have been many – saw her as exploitative. (Arbus once glibly referred to her own subjects as “freaks”.) American essayist Susan Sontag, for example, said Arbus’s work “shows people who are pathetic, pitiable, as well as repulsive.” and concentrated “on victims, the unfortunate, the dispossessed — but without the compassionate purpose that such a project is expected to serve.”

Her intent is disputed, but her photos are striking. Each feels unstaged and authentic. Arbus wasn’t technically minded (though she did pioneer the use of flash photography in daylight) and her prints have imperfections: rough borders, odd compositions. What matters is the subject, her relationship with the subject, and how we as viewers are complicit in that relationship.

Her subjects only appear “grotesque”, as Sontag put it, because they’re so at odds with what ’50s and ’60s audiences were used to seeing on film.

Arbus shot the marginalised, and not just the socially marginalised, but those who weren’t captured in the media of the time. As the Vietnam War protests kicked off, she didn’t point her camera at the hippies: instead she found a pro-war campaigner, a stony-faced teenager dressed beyond his years in a suit, boater hat and badges saying “Support our boys” and “Bomb Hanoi”.

Characters follow you out of the frame. Take this run of three photos: in Central Park in 1962 a skinny blond kid plays with a toy hand grenade. Next to that, a body builder poses next to a trophy in Brooklyn, and beside that one, a burlesque performer is caught off duty in a dingy dressing room in Atlantic City.

Alongside Arbus’s photography, Heide is showing works by her mentors and inspirations. There are pictures of New York in the 1950s by Weegee, one of the first “street photographers”: a hobo-esque clown at Madison Square Garden, a young black woman in a concert crowd in Harlem. Walker Evans captures 1930s and ’40s bedrooms, all imposing wallpaper patterns and rumpled sheets, and a sculpture of Christ hanging on a cross over the bed. Lisette Model, under whom Arbus studied, snaps extraordinary moments of the 1940s, also in New York.

Then there are Arbus’s contemporaries, such as William Eggleston, whose richly coloured photos bounce off the walls alongside all this black and white, and Mary Ellen Mark’s candid portraits taken in American bars.

All these faces add up to a striking document of everyday mid-century America. As Arbus’s mentor Lisette Model said, the more specific a subject, the more general it can feel.

Model also said: “Don’t shoot ‘till the subject hits you in the pit of your stomach.” Every one of Arbus’s images hits you right there.

Diane Arbus: American Portraits is at Heide until June 17.