The Devil Had a Daughter at MUMA

Veering from the creepy and arcane to downright macabre, this new exhibition at the Monash University Museum of Art positions the practice of printmaking in an intriguing new light. 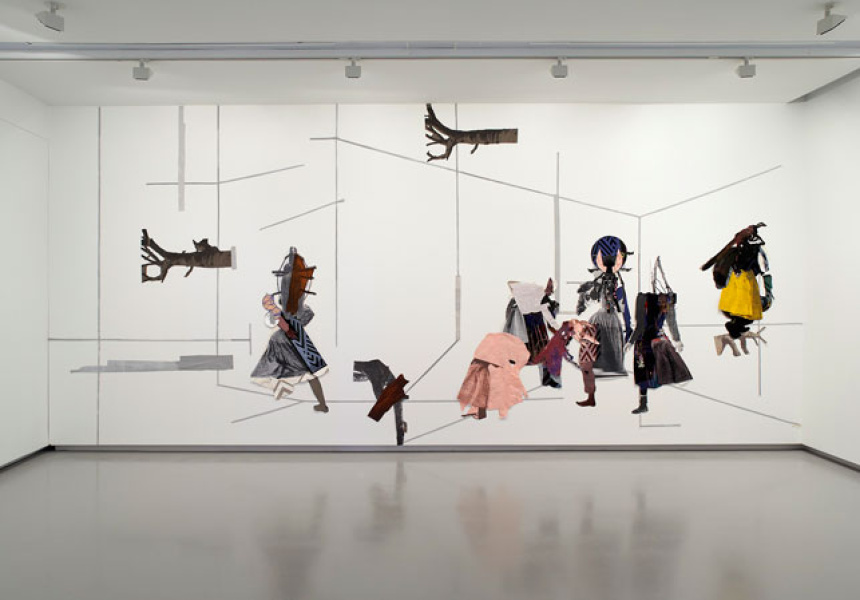 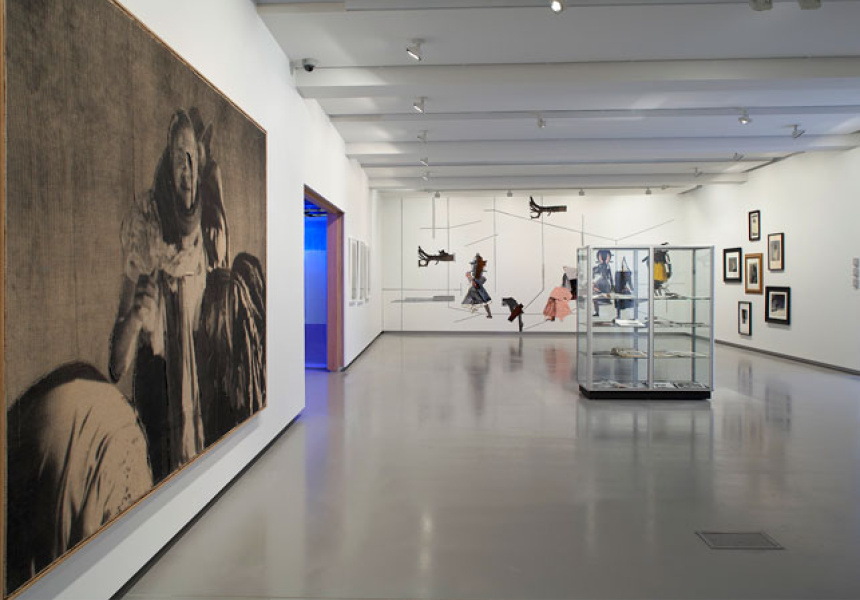 If taken at a glance, the concept of the print – and the various incarnations of the practice of printmaking – has all too commonly found itself framed within tropes of the cheap and twee. The notion of the reproduction or the copy, in whatever form, has long been cast as a kind of bastard child of the privileged, mythical moment of artistic creation and its singular resulting work.

This astute, wonderfully creepy show at MUMA not only rebuffs the assertion, but articulates an often blood-curdling justification as to why. At the black heart of The Devil Had a Daughter – which runs alongside a stunning survey of recent work by Chilean-born Melbourne artist Juan Davila – is a re-evaluation of printmaking, not just as an active, critical medium in its own right, but one with a subversive, challenging and at times broodingly sinister streak.

It’s a sensibility that resonates throughout the history of printed form – from Francisco Goya’s sinister prints of the late 1700s and 1800s (as pointed out by Dr Melissa Miles in her essay for the show), to the gruesome renderings and piercing political satire of Mexican illustrators and printmakers Jose Guadalupe Posada and Julio Ruelas in the late 1800s and early 1900s – and takes root at this show, which was curated by Kirrily Hammond and features artists and such agitators as Mike Parr, Petr Herel, Pat Brassington and Sally Smart among several others.

From the moment we wind our way from the MUMA foyer into the space, it’s hard not to be struck by spatial pervasiveness of this clutch of works. Dylan Martorell’s expansive wall-sized print utilises digital printing technology to render a crawling, creeping, enveloping kind of ecosystem. His installation on the opposite wall offers a different point of entry; we permeate his organic drawn landscape by gazing through viewfinders mounted on fluorescent tubes.

Stuart Ringholt’s wonderful installation of artist’s books – dubbed Circle books (2005) – meanwhile, is a simple, at times hilarious, exercise in defacement. Ringholt makes strategic, circular incisions in photographic portraits from the pages of books and magazines, twisting and rotating facial features until awry. Eyes are skewed 90 degrees; noses and mouths are upended. The effects are as comical as they are grotesque. The geometry and form of the human face is reduced to shifting discs of flesh.

In a time in which the printed form is facing challenges on all (and especially digital) fronts, The Devil Had a Daughter offers a resounding riposte. This show makes for a strong missive as to the medium’s propensity for wonderful miscellany, cunning satire and a good, sinister dose of the macabre.

The Devil Had a Daughter runs until October 1 at MUMA.