desktop magazine, one of Australia’s leading design publications, has relaunched to celebrate 25 years in print. 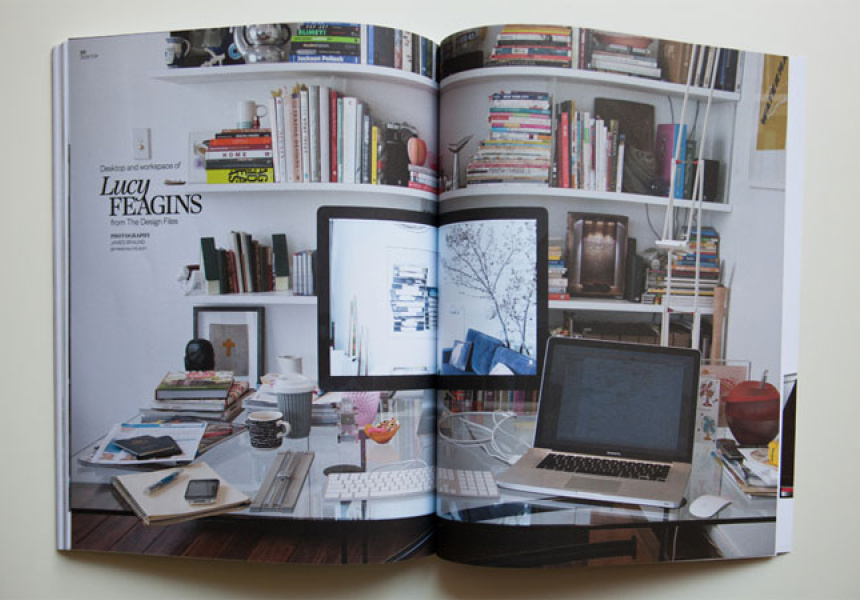 For the last four months the desktop team have been hard at work remoulding the magazine. After countless interviews, focus groups and a reader survey they honed in on the essence of the magazine- the culture of design.

The new desktop has a clean, modern design that showcases 100 uncoated pages of insightful content sure to inspire professionals and enthusiasts alike.

Managing editor Brendan McKnight says much has changed from both a design and content perspective. The new desktop really focuses on the creative souls behind design covering everyone from the world's most well respected designers to relatively unknown talent. Though, with an entirely Melbourne-based team behind the magazine, many of the stories are about Melbourne creative studios and designers, with insight into the design hub that this city has become.

“desktop is a place to really get into the minds of the people behind all this fantastic work. To celebrate and inspire both those who have been in the industry for 40 years and those in it for 40 days,” said McKnight.

The cryptic front cover was specially designed by internationally acclaimed designer Mark Gowing, who also designed the exclusive pull-out poster which is part of an ongoing poster series to be featured in desktop throughout 2011.

Other highlights from this special edition include ‘Retrospect- a look back at the work of prolific Australian designer Harry Williamson and ‘Occupation- a look into The Jelly Mongers from London Bompas and Parr, who are in town this week for the Melbourne Food and Wine Festival.

Printed in Melbourne by Niche media 11 times a year. This magazine is one you want to have on your coffee table.

We've got two x 12 month subscriptions to desktop to give away. To win one email win@broadsheet.com.au with desktop in the subject and your name and address in the email.