Open Season creative studio have set up a fortnightly cinema at Magic Johnston, showing some of your favourite childhood VHS films. 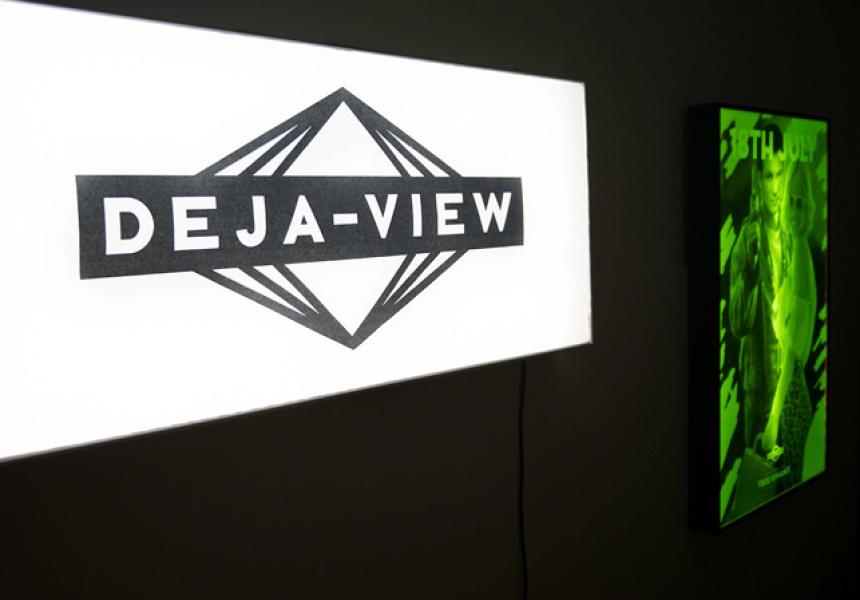 Luckily, the team at creative studio Open Season have opened Deja-View at the Magic Johnston design and arts complex. The fortnightly cinema is devoted to showing many of your favourite cult films from beloved VHS collections, including a few childhood favourites that deserve a big screen airing.

Seb Godfrey, one of the minds behind the project, says that the idea came from his own childhood experience. “My dad was never into cars – he was into movies. When I was a kid, during the golden age of VHS, he transformed our garage into a mini-cinema, so I guess this is an extension of that idea…but with a slightly more polished A/V experience.”

Nostalgia is definitely a key factor behind the films included in the program. “I actually worked in a video store throughout my teens and I'm pretty sure I had late-fees on every one of this season's selected films,” admits Godfrey. “It's basically a highlight reel of personal favourites.”

Deja-View gives you the chance to watch cult classics the way they were meant to be seen: with an audience. “It's one thing to watch a cult classic at home with a few friends, but it's a whole other experience to watch a film you know and love with a beer in hand and an appreciative audience. Heckling the 80s/90s references whilst throwing popcorn at the screen is encouraged.”

Having sold out their opening week screening of Independence Day, last Thursday saw Tarantino’s True Romance. In upcoming weeks, you can look forward to the likes of The Adventures of Baron Munchausen, Cliffhanger, Boyz N The Hood, and a special Bill Murray double of Groundhog Day and Stripes.