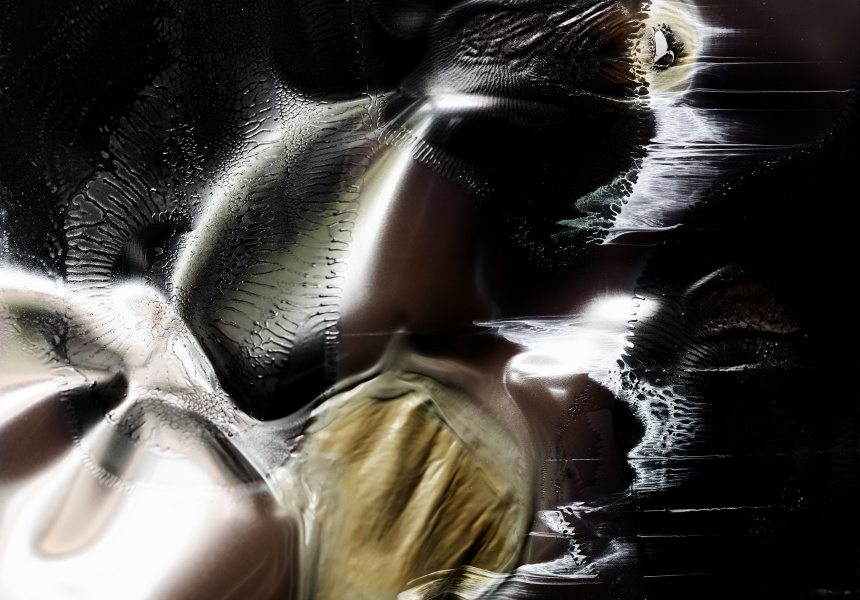 Mark Roper is a Melbourne-based lifestyle, travel, food and interiors photographer. He’s shot for Vogue Living, Belle, Gourmet Traveller and Habitus, among others, and worked with some of Australia’s top brands and restaurants including Aesop and Dinner by Heston (as well as shooting The Broadsheet Melbourne Cookbook).

In his first fine-art project, Arcane, Roper uses old and new photo technologies to create inky, mysterious - and meditative – landscapes that emerged in unexpected and unpredictable ways in that process.

Broadsheet: Tell us about this series, Arcane? What's the story behind the name?

Mark Roper: The word “arcane” can be defined, amongst other things, as dark, mysterious, obscure and concealed, which I thought described the work really well.

This series started at the beginning of this year. It's usually reasonably quiet for me then, and I took this opportunity to start experimenting with an idea I've been sitting on for quite a while.

The process involved shooting landscapes on an old medium-format Polaroid camera. I manipulated the film before processing it and then digitally photographed the negative side of the Polaroid. I found that when I played with lighting it brought out some really interesting tones and colours, which provided a base and inspiration for further digital manipulation.

BS: What do you see in the images? Do they mean anything?

MR: What I really like about the series is when people look at them, they all see different things in the image. It’s quite nice not knowing what the base image was so it doesn’t affect your mind and what you see … I just wanted to produce work that, hopefully, you find something different [in] each time you look at it.

BS: How did the process for Arcane differ to your editorial shoots, even those for which you were given quite a lot of freedom?

MR: I'm lucky enough to receive some interesting commercial and editorial briefs, but rarely anything as abstract as Arcane.

This is my first completed fine-art series. I’ve been experimenting with Polaroids for quite a while, but it’s only with this series I found the result I was looking for. With my commercial work, there’s always a brief and guidelines, and although there’s always a little bit of artistic freedom, the art directors and client have there own vision as well, so it becomes more of a collaboration, which I really enjoy.

BS: How did you begin taking photos?

MR: I'm originally from the UK. I studied in a town called Plymouth, which is on the west coast. It offered underwater photography, which I initially had an interest in but after experiencing the local water's freezing temperatures and low visibility I quickly changed my mind.

BS: Elements of Arcane look like deep, underwater spaces. Is there any of that in there, or am I imagining it?

MR: No, you’re not imagining it! A lot of the base images were of swimming pools and oceans.

BS: What were some of your early influences?

MR: I studied film for a while but realised that my passion was with photography. My early influences were typically Irving Penn, William Eggleston and Ansel Adams. I worked in a basement studio in London at the start of my career, so when I arrived in Australia the use of natural light made a huge change and influence in the way I shoot.

BS: And what's next?

MR: I’m very excited to have completed Arcane and it's motivated me to pursue more abstract projects alongside my commercial and editorial work. Each image in Arcane is an edition of 10. For my next series I’d love to produce one-off images, very large in scale. I’ve been shooting a lot more architecture recently and this is definitely influencing my new ideas.

The limited-edition Arcane series of prints has been released through Otomys gallery in Abbotsford.