With the new Hamer Hall ready to reopen its doors this week, Broadsheet gets a look-in at the spaces and places set to form Melbourne’s new cultural Mecca. 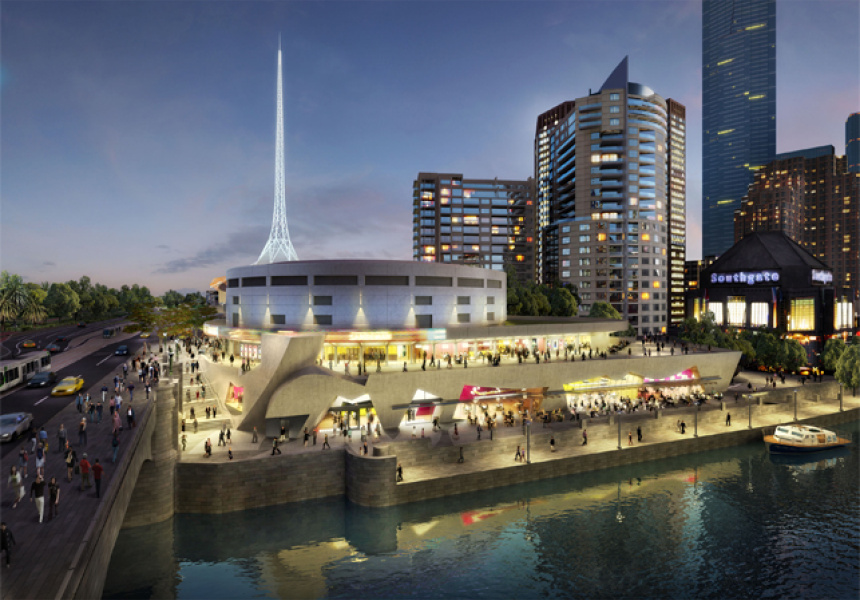 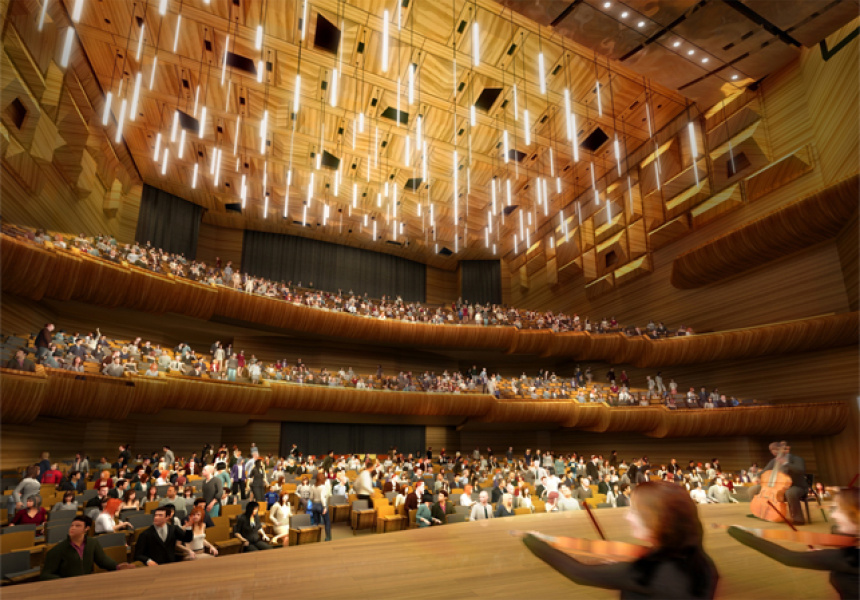 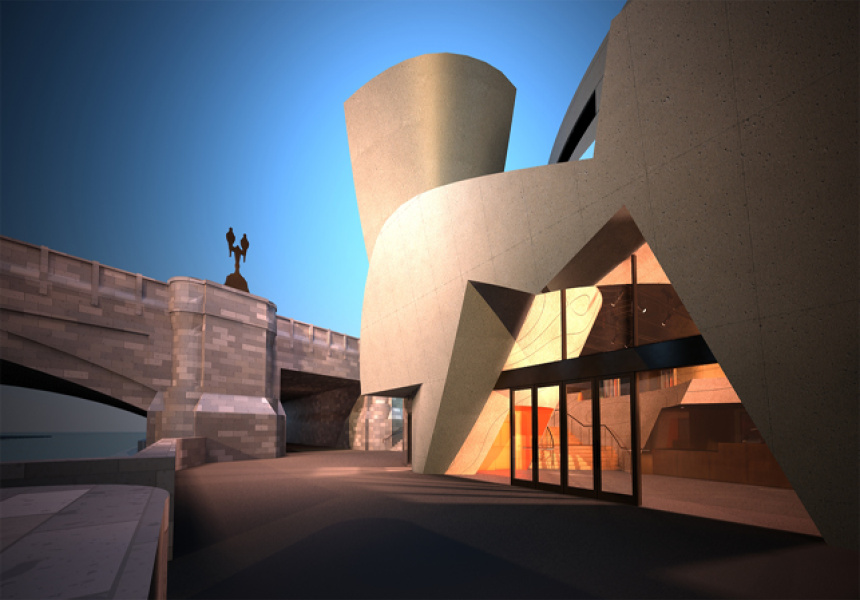 In one of the most exciting public projects that Melbourne has seen in recent years, the new Hamer Hall will open its doors this week to a fanfare of celebratory performances and events. The extensive changes to the auditorium alone will see Hamer Hall earning its keep amongst the world’s best large-scale concert halls.

But as Arts Centre Melbourne chief executive Judith Isherwood explains, it’s also “the contextual changes” that are of great importance to the project. Gone are the days of the dark and dank walkways down to river level. The renewed and distinctly open interface between the building, the promenade and the Yarra will boast a new entrance, new restaurants, bars and gallery spaces, sure to appease performance-goers and passersby alike. Touted as a cultural and culinary destination, celebrated restaurateurs Frank and Sharon Van Haandel open their much-anticipated new brasserie Trocadero at St Kilda Road level. Australia’s leading Japanese restaurant Saké (from Sydney) will establish itself riverside, with one more restaurant by the river yet to be announced.

“We’ve also extended our opening hours beyond performance hours,” notes Isherwood. “So we encourage people to come in and explore not just the external spaces but also the spaces within.” Those who visit the new Hamer Hall this opening weekend can also take advantage of a rare opportunity to delve backstage.

Despite the new Hamer Hall Opening Concert now being sold out, Melburnians can still take part in a host of free festivities from Thursday through to Sunday. With art installations, roving performers and live music peppering its relaunch, the opening season for the new concert hall is also sure to garner applause, with some of Australia’s leading performers making a triumphant return to the Hamer Hall stage.

Visit hamerhallopening.com.au for further information on opening celebrations this weekend, as well a details on the opening season.