Good Cycle wants to service your bicycle and the community at the same time. 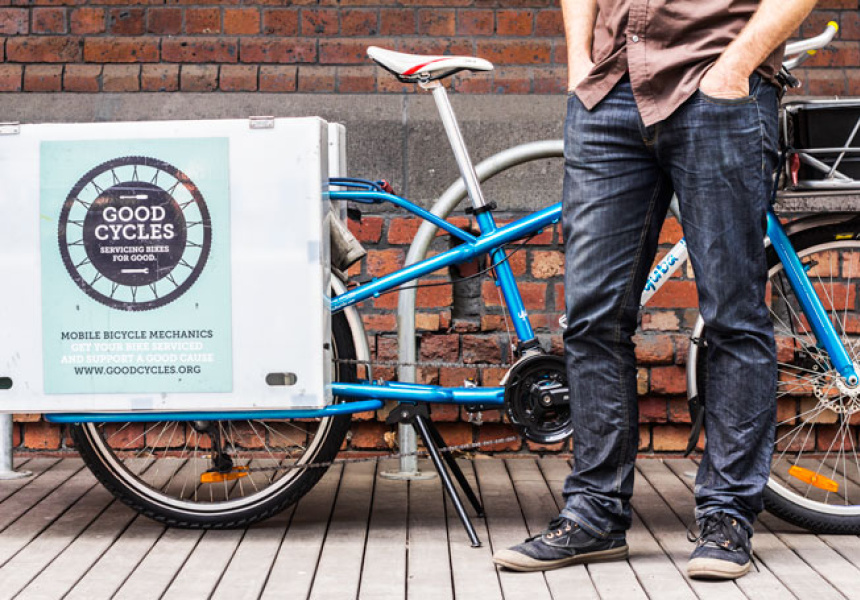 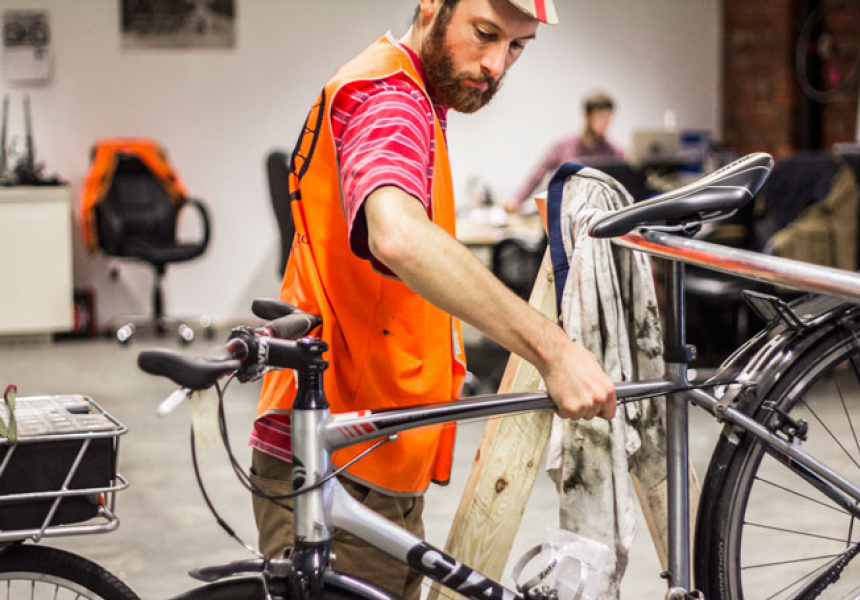 “I’ve always had a strong interest in ideas that benefit the community, rather than just those that are a profit-driven exercise,” says Luke Wright. He’s the founder of a new social enterprise, Good Cycle, a bike-servicing business whose proceeds help train people who are disadvantaged.

Good Cycle has two purposes: a commercial arm that services pushbikes in the city, and a charitable arm that supports several bike-based community projects. “All the revenue goes to funding our charitable arm, which is running programs for long-term unemployed and disadvantaged people in the community,” says Wright.

This support includes training and work-experience programs in bike repair that get people into paid employment. Also, working with The Squeaky Wheel, Good Cycle collects abandoned bikes destined for scrap or landfill and repairs them. Once fixed, the bikes are donated to asylum seekers who are then offered workshops in bike repair and road safety. “We do a whole bunch of programs for people who need a helping hand, basically,” says Wright.

As a point of difference, Good Cycle’s bike-repair service will come to you. Its mechanics travel all around the city fixing and servicing bikes. This means there’s no need to rush on your lunch break or take time out of your weekend to get your bike some love. Discounts are offered for group bookings, to encourage companies with a lot of commuter cyclists to book en masse. “You can be sat in your office, book online and we can be there the same day,” says Wright. “We bring all the tools and parts and stuff necessary to do the service.”

Based on the program’s early success, there are already ideas for expansion. “We have plans to replicate the idea in Sydney and Brisbane and [elsewhere],” he explains. “But we’re really focused on making sure that Melbourne is working properly and successfully and sustainably.”

With satisfaction, Wright reflects on his work: “For me, social enterprise brings together creative ideas … we’re not quite a charity and we’re not quite a business. We’re a mix of those two things and that really appeals to me,” he says.

To find out more about Good Cycle, to book a service or to donate to its charitable project visit its website.