The tragically short careers of Haring and Basquiat had a profound effect, with works that commented on the AIDS crisis, racism, consumerism and poverty, and invited audiences to join a conversation that – at the time – was often closed to those not in the art world. 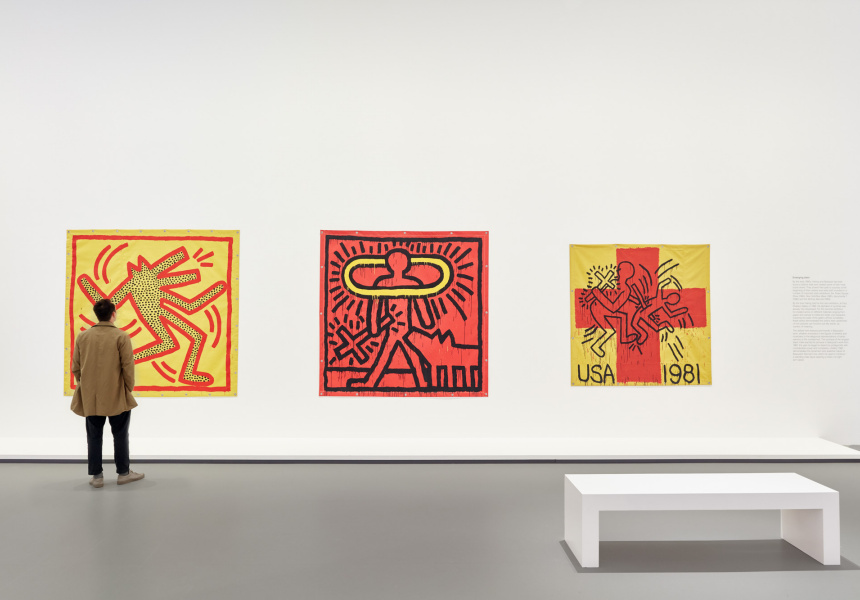 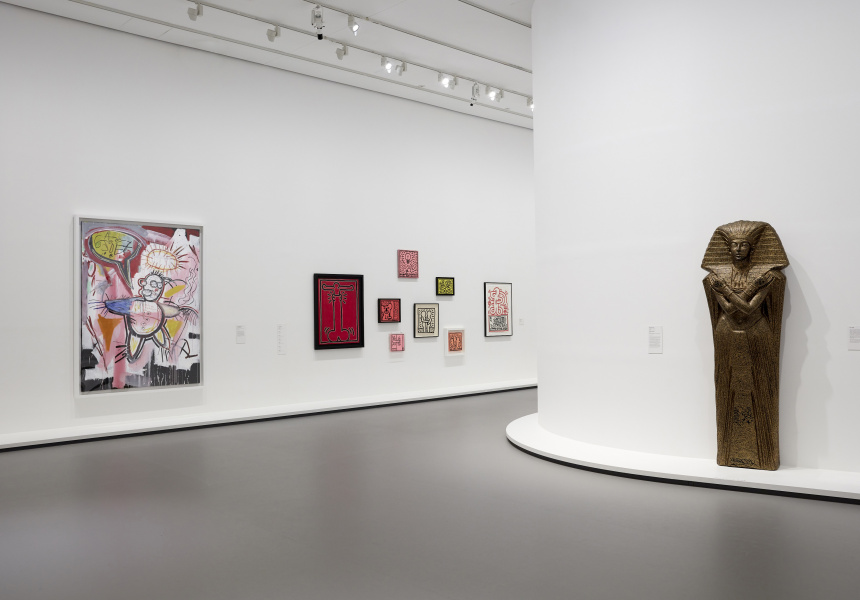 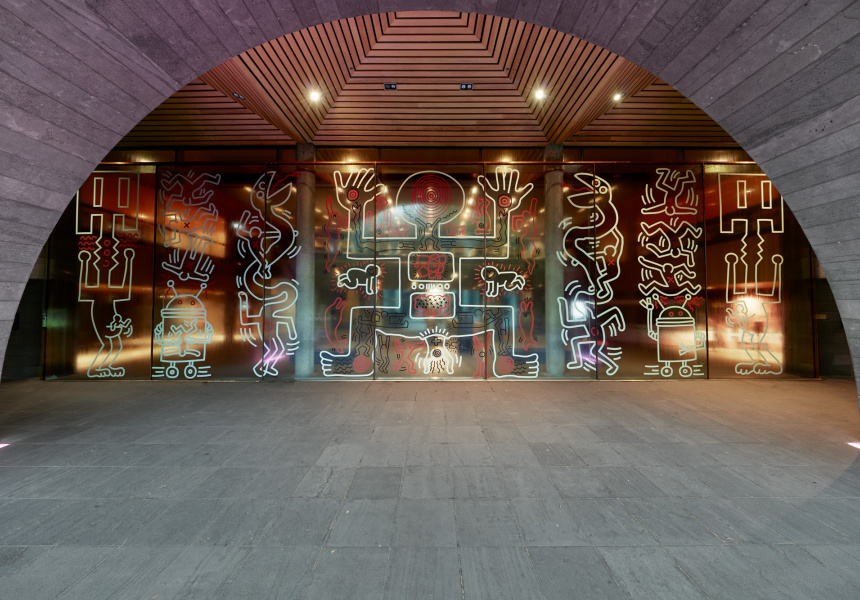 Raw and pulsating with rhapsodic energy, the NGV’s new show Keith Haring | Jean-Michel Basquiat: Crossing Lines covers a staggering amount of ground, with more than 300 works that still resonate some three decades after they were made.

The tragically short careers of Haring (1958–90) and Basquiat (1960–88) had a profound effect, their street-art styles inviting the masses to a conversation that – at the time – was often impenetrable to those not in the art world. Haring and Basquiat’s works spoke with a sincerity that spread beyond borders, and commented on issues such as the AIDS crisis, racism, consumerism and poverty.

Crossing Lines includes paintings, sculpture, objects, works on paper, original notebooks, black-light work and more, and moves chronologically, beginning with works from the streets and subway stations of 1980s New York, then moving onto the artists’ first gallery shows and collaborations (both with each other and with fellow icons such as Andy Warhol, Madonna and Grace Jones).

One part of the show catalogues the ’80s downtown scene – where (often broke) artists and creatives partied alongside the likes of Debbie Harry, Keith Richards and Jean-Paul Gaultier at lower Manhattan hotspots such as Area nightclub, where Haring and Basquiat were regulars.

Haring created a shorthand language to convey his messages. His modern hieroglyphic-style icons mirrored the look of billboards and advertisements of the time, with symbols such as Radiant Baby – the outline of a crawling baby with lines emanating from its body – becoming distinctive. Religious motifs feature throughout his works, too, along with his signature use of bold colour and black and white.

In a similar vein, Basquiat’s recurring crown and head motifs explore his fascination with human anatomy, and often represented characters – including the artist himself – as heroes or kings, burdened by the weight of greatness. His painting Untitled (1982) – which sold for $110.5 million in 2017 – is a frenetic, layered work, its mix of primary colours popping in and out of a central, stark black skull on a canvas packed with symbols and detail. This is one you’ll scan for a while.

Haring’s moving 1988 painting A Pile of Crowns is a tribute to Basquiat’s untimely death at 27 from a heroin overdose. A red-bordered triangle houses a stack of black crowns and radiating lines. Its power speaks to Basquiat’s larger-than-life spirit and legacy, and Haring’s heartfelt adoration of his friend.

“It kind of chokes me up when I look at it, to be honest,” says Carlo McCormick, a New York art critic, curator and friend of Haring and Basquiat, while sipping a long black across the table from me at the NGV’s Tea Room.

“We were all kind of stupid kids at the same time, living in the same run-down place and experimenting and discovering life. It was a whole wonderful world of amazing artists, musicians, designers, writers, filmmakers. [But now] there’s so much absence. So many people who can’t be here.

“There’s survivor’s guilt and a little burden of history. But I’m so proud of them and what they accomplished, and the fact that people still care all these years later.”

McCormick says Haring and Basquiat were first driven by the desire for expression and authenticity, but later turned political as outside influences affected them.

The AIDS crisis had a huge impact on their work and spoke to the very visceral experience of fear, anger and loss in the gay community. Haring died of AIDS-related illness at 31.

“There was this incredible silence – and that silence equalled death, because nobody was talking about it and everyone was dying. [US President Ronald] Reagan didn’t even use the word until I think his second term. So it was brutal,” McCormick says.

For McCormick, these visions of 1980s New York still speak to contemporary viewers because that era is one of the last versions of bohemia we have – but also because street art speaks to everyone, from critics to children. He references Melbourne’s celebration of urban graffiti and murals, and says that after our chat, he’s heading to meet one of his favourite street artists, Rone.

“Part of the modern connection and emotional resonance of their work is that it was so accessible, so honest and direct,” McCormick says. “When you can get people to speak directly to their own zeitgeist, they’re going to have a built-in audience.

He recalls a time when Keith got arrested for his subway artwork and police officers approached him with scraps of paper, requestingdrawings for their kids.

“Keith could reach all those people on their own terms, not just on his. It was beautiful that way.”

Keith Haring | Jean-Michel Basquiat: Crossing Lines is on at NGV International until April 13, 2020. 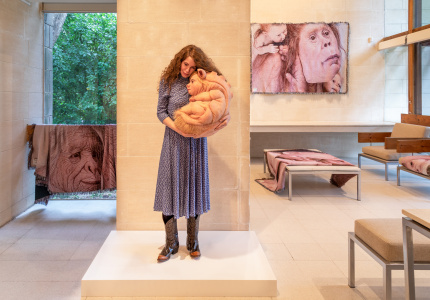