“Everyone should dance together, somewhere. Your kitchen, the bathroom, the bedroom, wherever.” We caught up with Chris Rodgers-Wilson and Andrew Killian, a couple who dance with the Australian Ballet. 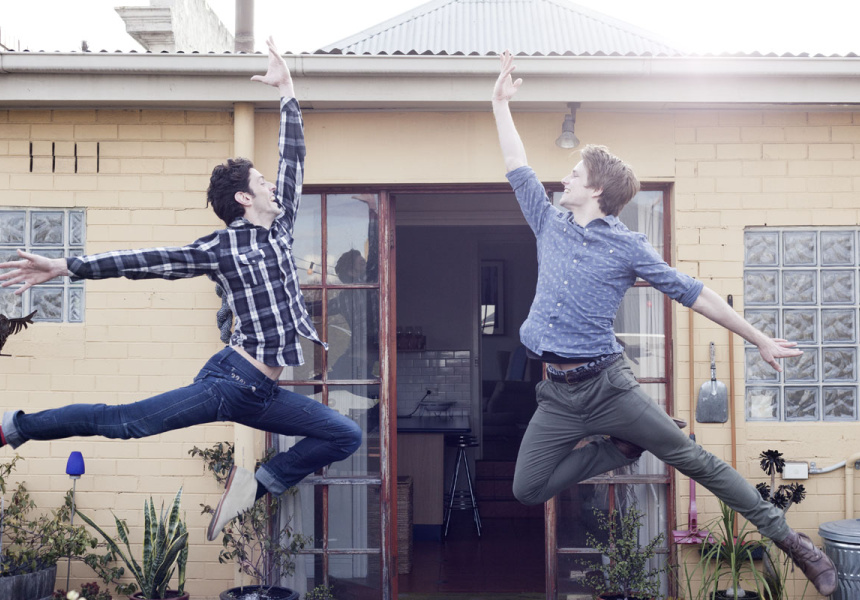 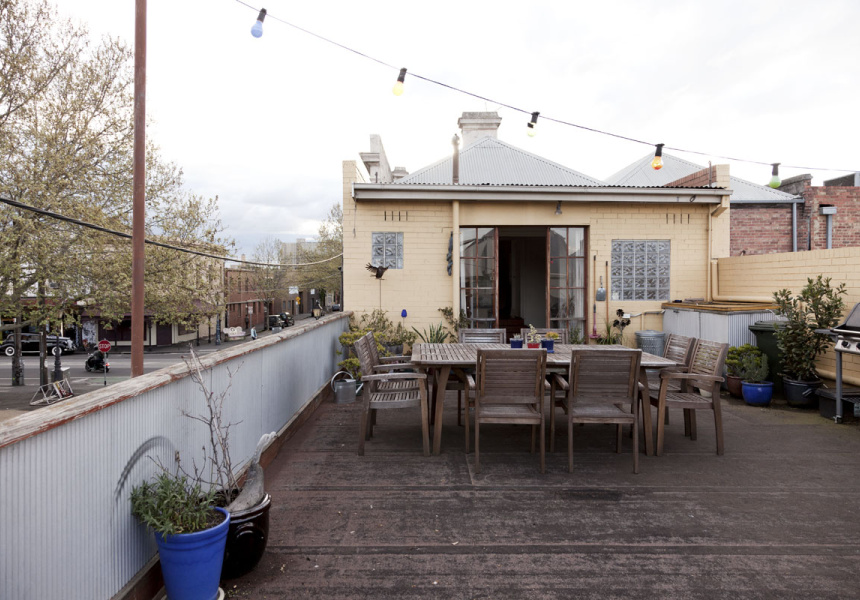 There’s something pretty bizarre about sitting around on a balcony and drinking beers with two dancers who have been consistently described as “debonair”, “immaculate” and “cavalier”. With such high praise, it would be easy to expect a lot of ego and arrogance, but it’s the exact opposite with Chris Rodgers-Wilson and Andrew Killian, a couple who dance with the Australian Ballet.

Spending time with the pair makes it very easy to forget that they spend their nights performing much-loved ballets for packed theatres around Australia and the world. They’re refreshingly humble and, somewhat disappointingly, not dancing around when I arrive.

“All the smoke and mirrors is what the audience sees, but we just start from the beginning, where it’s just bodies in a ballet studio,” says Killian. There’s something comforting about hearing this from a ballet dancer, let alone one of the best in the country.

A dancer since he was eight years old and a member of the Australian Ballet since 2000, Killian joined the company after finishing school at the Victorian College of the Arts. Beginning in the corps de ballet, he rose through the ranks before becoming a principal artist in 2011.

Rodgers-Wilson joined the company that year, having spent six years the UK, first with the Royal Ballet in London and then dancing with the Royal Birmingham Ballet. In fact, he started work at the Australian Ballet the day after he wrapped up his final season in the UK. “I’d just ended the season over there and literally finished the last show, got on a plane, went home for a shower and came straight to work.” The pair met on Rodgers-Wilson’s second day at the company.

Although they knew of each other through a mutual friend, they were both surprised at how quickly and how well they got along. “The more I spoke to him, I also found out that he was clever and interesting, and I decided I needed to know more about him. And that was about the start,” Killian says.

People are full of advice about working with your partner (a favourite is ‘don’t get your meat where you get your bread and butter’) but Rodgers-Wilson and Killian are quick to dismiss any drama that might be associated with working together.

“We work in an environment where there are already existing relationships between dancers,” Killian says. “We’ve seen it work and seen it not work, but you can’t not try something based on the fact that it might end. There have been things (relationships) that we’ve all lived through together in the company, ones that didn’t work out and ones that do and still work today.”

The Australian Ballet has a gruelling touring schedule and for people whose partners aren’t in the company, a lot of time and energy can be spent flying from an interstate season back home, looking for some time – even just a few hours – that they can be together. Indeed, the Australian Ballet can spend more than four months of the year performing in other cities.

Although they aren’t apart when other couples are, they are both very aware of being in the same space. “It’s just the normal, day-to-day things that happen in any place of work. It’s hard when your partner might be having a rough day in rehearsal and I can see from his face that he’s not so ... overly thrilled about it,” Killian says.

“But it works out,” adds Rodgers-Wilson, “because we we’re both pretty aware of what each other’s workload is like at any given time, so there’s an instant recognition that one of us – or both – are working pretty hard, so we can look out for each other.”

Although performers are often naturally competitive, the guys say that it doesn’t really exist in their relationship, or in the company. “It’s great because we have our own careers that are moving in separate timeframes and in separate ways. We work in the same place, we perform in the same ballets, but we still have a sense of ownership over our own contribution,” Killian says.

Rodgers-Wilson agrees. “It’s the same with your friends, or anyone who you care about – seeing them succeed and achieving something beautiful on stage or in rehearsal…it’s amazing to be able to be there for that, to see it so closely and to see the process.”

At the end of the day, Rodgers-Wilson says it’s a relationship like any other. “After we knock off for the night, we just go home and live our lives together.”

Although the boys concede that not everybody shares their dancing experience, they both agree that dancing together is something pretty special. “Everyone should dance together, somewhere,” says Killian. “Your kitchen, the bathroom, the bedroom, wherever.”

Broad List - Andy
Bookshop: Readings on Lygon Street
Cafe: ici in Fitzroy (close to home) for breakfast
Shop: Clemente Talarico, a friend's new brand (His Handsome Self) also sells his bow ties there
Restaurant: Longrain on Little Burke Street – pork hock!
Cinema: Nova on Lygon, or occasionally a Gold Class snob
Playlist: Trashy pop – everything
Reading: I just watched a friend finish Life of Pi the other day and he had a crazy reaction, so that's next on the list