That humble, idiosyncratic and often cluttered institution, the local record store, keeps spinning. We dig through crates of vinyl at some of Melbourne’s best. 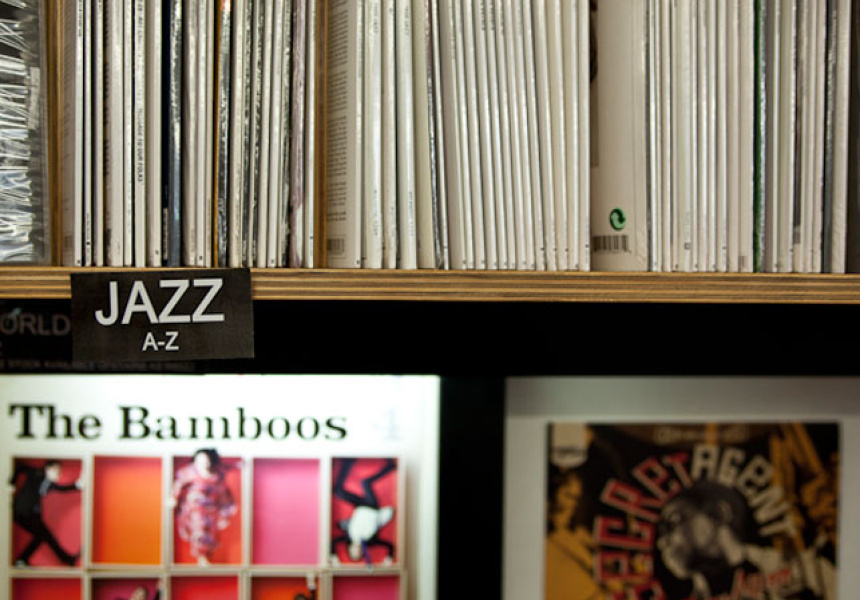 In Melbourne, independent record stores aren’t merely hanging on, but sprouting up. Little record bars continue to open their doors for the very first time. Established businesses tilt their collections toward vinyl, which is proving surprising durable, if not resurgent.

Record store owners all say the same thing: vinyl’s tactile, beautiful and it sounds great. When MP3’s are as readily available as running water, listeners treat music just as wastefully. Vinyl, on the other hand, feels special because it’s relatively scarce and often limited issue. It’s totemic and it’s big.

But perhaps importantly, those purveying records to us are more often than not experts and collectors with obsessive ears and an exhaustive understanding of their chosen genre.

We spoke to six of these Melbourne vinyl-mongers about their – and our – love of wax.

TITLE
San Franciscan-Melburnian, Jeff Raty has only been working at Title on Gertrude Street for the last couple of months, but he’s convinced he’s nabbed the perfect gig. “It’s probably the most enjoyable job I’ve ever had,” he says. “You can actually feel good about recommending things for people to listen to, or watch or read. It’s cool to sell forms of art. It’s not a commodity.”

Along with a carefully-curated selection of film and literature, Title stocks a choice range of new and reissued vinyl, which Raty explains is perpetually popular. “Whether you’re into the crappy-sounding old records or the beautiful reissued ones, there’s a bit of nostalgia on one end, and on the other it does sound better if you’ve invested a lot of money in speakers and a turntable.”

Greville Records
Greville Records has been the mainstay of the music scene for 32 years. Steve Morgan says he’s been there since 10am this morning, but after a little needling, admits he’s worked at Greville for 17 years.

Vinyl, which constitutes half of Greville’s sales, has proved a constant attraction to the store. Its stock has risen while CD sales have plunged. Morgan isn’t surprised by the format enduring popularity over “stupid technological things”.

“It sounds better, for one,” he says. “It’s just a nicer item. There’s nothing better than having a beautiful record cover in your hand.”

According to Morgan, each record has a palpable history, even if you’re unaware of which household it’s been in or who’s loved it previously. “There’s just something about it,” he says. “But the main reason that people want to collect it is the music of course.”

Polyester Records
At Polyester Records on Flinders Lane, co-owner Simon Karis reckons vinyl makes up at least 40 per cent of the store’s sales. During the 90s, he explains, records “died in the arse”, but the dawn of the digital age has seen the old-school format ascendant once more.

Karis thinks that the intangibility of MP3’s have helped tempt listeners back to the physical. While customers might not purchase all their music on vinyl, many are likely to collect their favourites this way. “If you really love a record, you have something to obsess over,” he says. “And obsessing over something cultural like that is the opposite of having something temporary like an MP3 where you’ll listen to it this week, then it’ll sit in the back of your computer.”

“It’s not quite like your standard record shop, it’s very specialised,” admits Williams. “Most people that come in are regulars, and we don’t do any modern music at all. “

Williams founded Hound Dog’s after “bumming around England in a van” in the early 70s, where he found inspiration in a little London record shop called Moon Dogs. A rabid collector himself, he figured the idea might fly back home.

While much of the music in Hound Dog’s might not match the sound quality of recent recordings, Dennis believes there’s something tangibly better about old blues. “The music is the most important thing,” he says. “Blues wouldn’t sound the same if it was all pristine.”

Wooly Bully
One of the newest and neatest additions to Melbourne’s record store fraternity is Wooly Bully, a cafe-cum-comic shop and vinyl bar. Its proprietors, John Douglas and Mitch Marks, approached their new business with a personal touch, aspiring simply to sell stuff they like. As a result, Wooly Bully stocks a small but select range of garage, indie, blues and folk records, plus a growing collection of home-grown vinyl.

“I’ve been buying records since I was 13, and CDs just aren’t the same,” says Douglas. “I think the whole tactile aspect of it plays a big part.”

Douglas says the ready availability of quality reissues of classic albums has exploded of late. “Reissues are out of control at the moment,” he says. “I can’t believe I’ve spent all these years searching for records and now you can get them new on 180g vinyl.”

Northside Records
Nine years ago, Chris Gill found the spot for Northside Records, back when Gertrude Street was “good and funky.” He’s been serving up soul to Fitzroy since.

While DJs are increasingly turning to digital, Gill believes there’s been a resurgence of listeners returning to vinyl “because, you know, MP3s sound shit.”

“It’s just a more meaningful document of culture,” he says. “MP3 is nothing. Sure it plays on your computer, but it’s nothing to reference your world. But a record, it represents a time and place in space.”

According to Gill, vinyl’s longevity is simple. “People who care about their music enough to put in the effort and money to put it onto vinyl, deserve it to be bought.”

However, that doesn’t mean Northside will stock just anything pressed on vinyl. “I’ve never sold a Beatles record. I hate Paul McCartney,” say Gill. “He makes me vomit, and therefore, anyone associated with him isn’t going to be sold in Northside.” 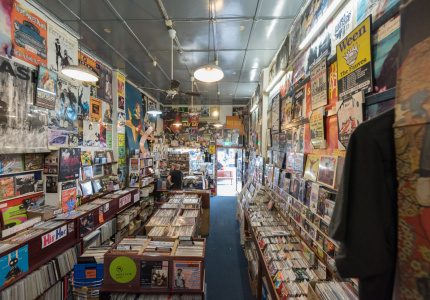 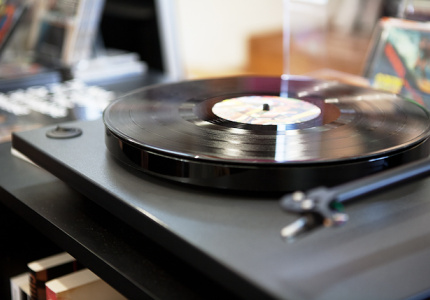 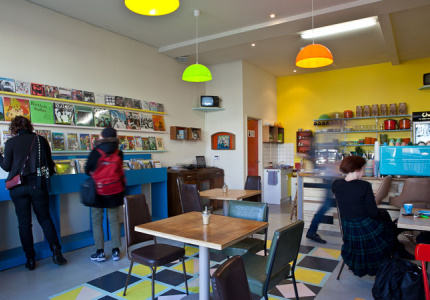