Ahead of the Hollywood Costume exhibition at ACMI, we chat with Hollywood’s leading costume designer Colleen Atwood about creating the iconic pieces we remember long after we’ve left the cinema. 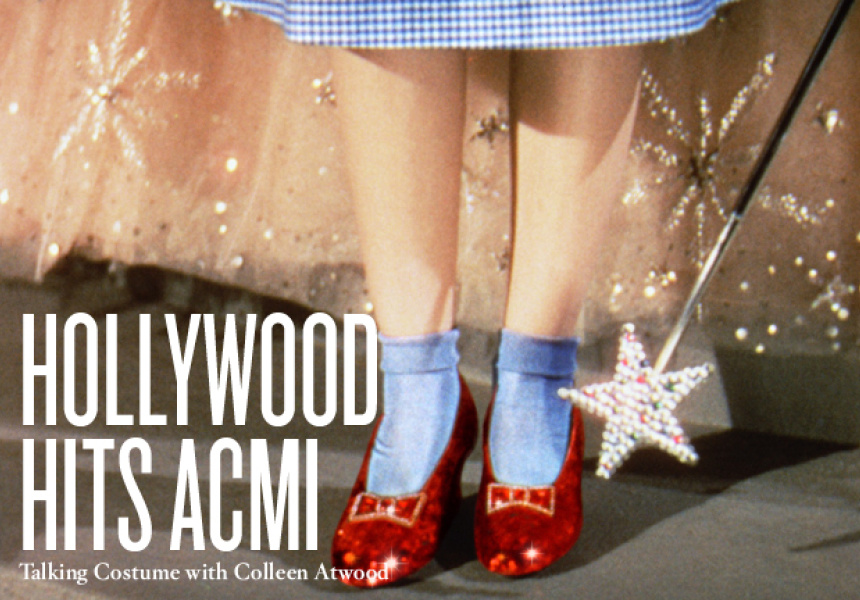 Colleen Atwood is taken aback when asked how many costumes she has designed in her 30-year career. “No one’s ever asked me before,” she laughs, before pondering for a moment. “Thousands.”

With three Academy Awards to her name (and 10 nominations), Atwood is one of the most influential costume designers in Hollywood since the legendary Edith Head. You may not recognise her name, but her filmography is extensive and you’ve probably seen most of it. Try Edward Scissorhands, Silence of the Lambs, Chicago, Sweeney Todd, Public Enemies, Alice in Wonderland and Memoirs of a Geisha for a start. Atwood is showing her works as part of new exhibition Hollywood Costume, which opened this week at ACMI, along with over 50 other costumers spanning film’s ‘Golden Age’ right up to the latest Hollywood releases.

Along with highlights such as Audrey Hepburn’s black dress from Breakfast at Tiffany’s, Scarlett O’Hara’s green velvet number from Gone with the Wind, Edith Head’s pale green suit worn by Tippi Hedren in The Birds and Dorothy’s blue and white checked pinafore and ruby red slippers from The Wizard of Oz, Atwood will be displaying her own costumes from Lemony Snicket, Sweeney Todd and Chicago, which form just a fraction of her output. Indeed, she has designed costumes for strapping young heroes, busty love interests and scheming nemeses, but also the secondary characters spouting a witty line or two and each one of the faceless pedestrians milling through the streets (not to mention the several hundred-strong soldiers in full armour for the climactic battle scene at the end).

Although Atwood has costumed countless contemporary films, she definitely tends to gravitate towards the unreal over the everyday, which might explain her recurring creative partnerships with fellow lateral thinkers Tim Burton, Johnny Depp and Helena Bonham Carter.

Devising imaginative costumes like the enduring Edward Scissorhands and recent manifestation of the Mad Hatter, Atwood finds inspiration all around her. For example, in one of her latest films, Snow White and the Huntsmen, she created a wedding dress with shoulders decorated with stark, bird-like bones, resembling an eerie, wraithlike exoskeleton.

“I think you find an architectural element or a tactile element about it that’s a starting point,” Atwood says, drawing on an example of a dress she recently made with beetle wings once she noticed the quirky, iridescent quality they had when they moved in the light.

Despite establishing her name through the fantastical onscreen worlds she helps conjure, Atwood explains that costuming a contemporary film isn’t as straightforward as one might think.

“It’s a very different process. It’s certainly not an easy process because I think there’s a real knack in making something believable in today’s world,” Atwood says. “There’s probably a huge oversight for contemporary designers because people don’t really realise they’ve designing something, which is their biggest compliment, in a sense.”

So how would a costume designer start laying down the initial sketches – the first tangible step towards defining a character on screen? In Atwood’s case, when she meets with an actor for the first time, they will start trying on different pieces of clothing together and allow the emerging silhouette of the character to take shape.

There is far more to be taken into consideration than pure aesthetics, she explains. How should the clothing fit on this character’s body? Should it be floppy or stiff? Should it seem to restrict their movement when they walk?

Atwood also often finds herself making several different versions of the same costume, depending on which scene it’s meant to be worn in. “If it’s in the script that the person is turning into birds or walking through fire…you immediately have to take into consideration the function of the costume in that way, so it’s anticipated,” she explains.

Pouring all her thoughts and attention into costuming others, you’d wonder if she finds herself considering her own clothing with the same significance. When she dresses each day, is she thinking about how she might be conveying her own character to the world?

“I dress in a way that functions for my work,” Atwood says. “One of the things the world doesn’t quite get is that costume designers don’t just spend a lot of time getting dressed in the morning and looking in the mirror all day long.”

Starting a work day at four in the morning and wrapping up by nine some nights, it’s a gruelling job and her clothing reflects her role in the world.

“I find myself dressing quite simply in way, because I think with costume design it’s never about you. It’s always about who you’re dressing, and that’s reflected in my personal style.”