There’ll be artist studios, galleries, a radio station, shops, a restaurant, a cafe, a rooftop bar, a speakeasy-style basement bar, a leafy open-air courtyard and more. It’ll be opening in stages from April. 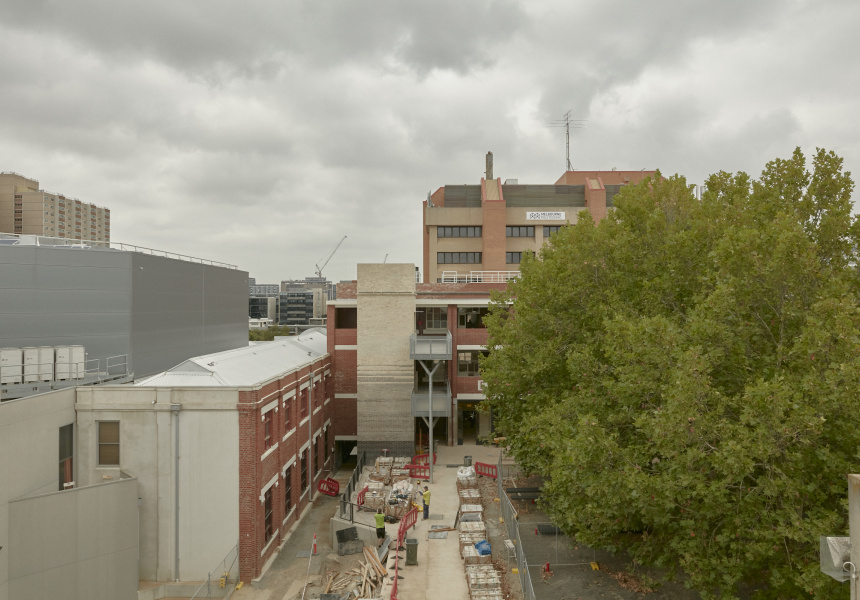 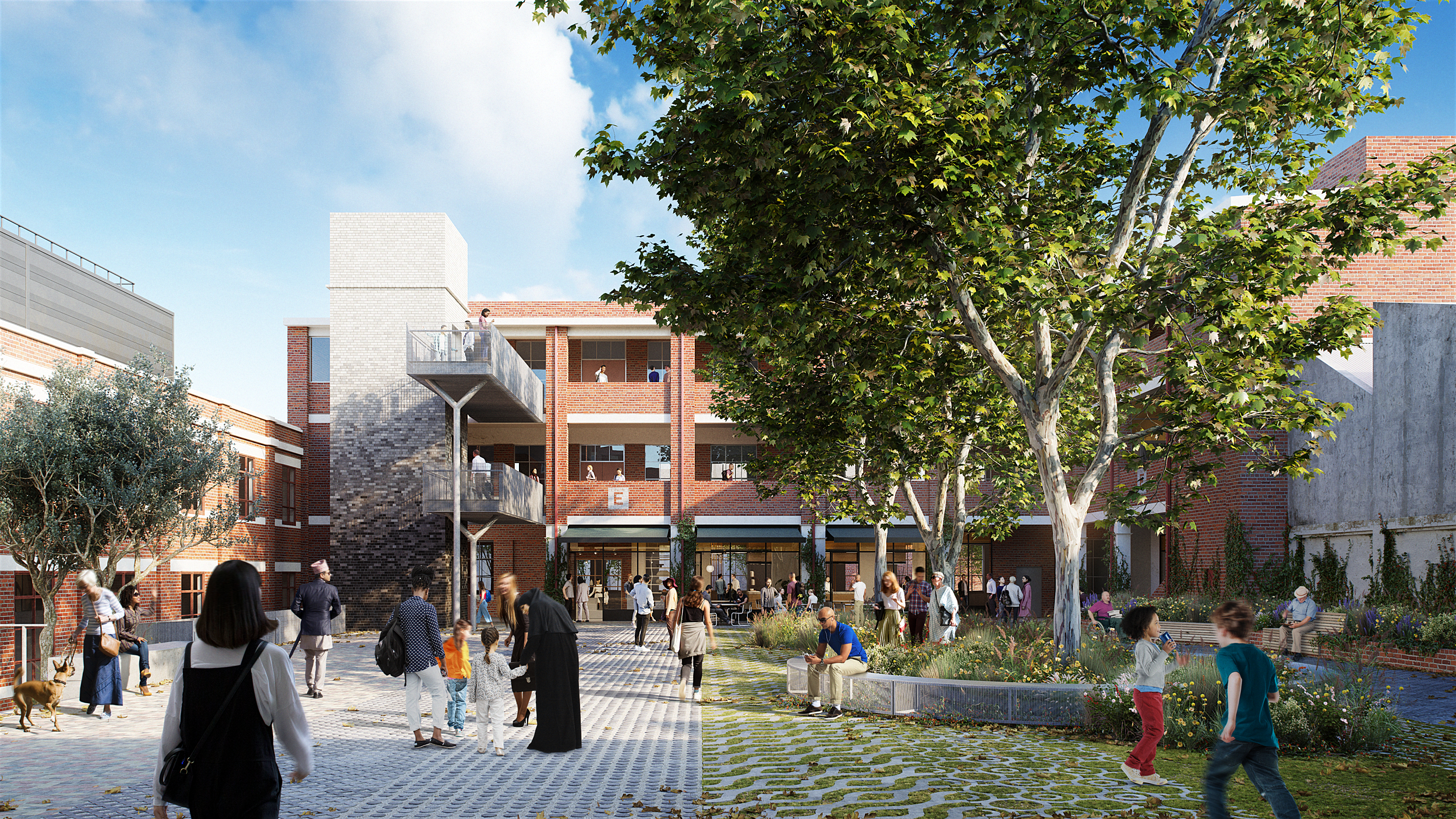 Like the iconic Keith Haring mural recently revealed on its outside wall, the former Collingwood Technical School has been hidden behind construction hoarding for years.

Since 2016, the 6500-square-metre site bordered by Johnston, Wellington and Perry streets has been transformed from a school vacant for a decade into a new multilevel arts precinct and community hub, which be will unveiled in stages across 2020.

Collingwood Yards, as it’s been named, will be occupied by 50 or so tenants, including artists’ studios, galleries, a radio station, retail stores, a performance space, a restaurant, a cafe, a rooftop bar, a speakeasy-style basement bar and more.

Many of the organisations have already moved in, and the majority of the 17 studios are now filled, but public-facing features such as additional entrances via Johnston and Perry streets, and the large, leafy inner courtyard are still under construction.

The site is expected to be ready for its public debut by mid-April.

“It’s a mixture of private and public spaces,” says Marcus Westbury, CEO of Contemporary Arts Precincts Ltd, which has managed the four-year project.

"We’ve designed the site so it gets more private as you go up. The upper floor has offices, studios, workspaces, and they’ll have open days and other reasons for people to visit them."

The vine-shaded courtyard will eventually host community events, markets and festivals; the former caretaker’s cottage has been converted into a rooftop bar; and a basement space will moonlight as a late-night bar as well.

“I’m really excited about opening the space up to the neighbourhood and to the wider community because it’s a really beautiful space,” Westbury says.

“[Historically] it was a bit of a fortress. We’re putting in new entrances and new ways of finding it. Connecting it back to the neighbourhood is a really important aspect of what we’re doing.”