The new fair gives us a chance to see – and buy – work from artists at the top of their game. In partnership with Centre for Contemporary Photography, we get a preview. 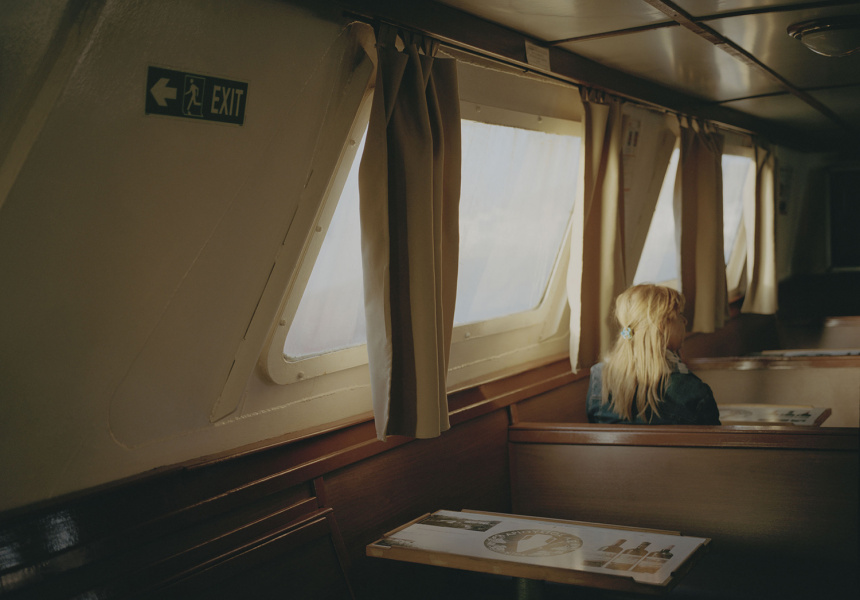 Tourist ferry from Greece to Turkey across the Aegean sea, cost 8 euros. From the series (Greece) The Last Resort

Sitting down with Adam Harding, the director of the Centre for Contemporary Photography, I’m surprised the conversation starts by talking about Broadsheet. Harding particularly appreciates the photographs we publish.

I’m meeting Harding to talk about the inaugural CCP Photo Fair, from August 15 to 18, which brings together nine leading Australian photographers to present more than 70 artworks from across the commercial and art worlds. Many of the artists exhibiting in the fair have day jobs doing commercial work.

Harding, who was appointed director last year, tells me he was inspired by the founding of CCP in 1986. Then known as the Victorian Centre for Photography, it was started by 11 photographers who surveyed the whole gamut of talent working in Melbourne: fine art, journalistic and commercial photography were all given equal weight.

“That really inspired me,” says Harding. “I wanted to broaden out the type of photographers we present, and look at photographers we haven’t had an opportunity to exhibit before. There are plenty of photographers taking photos every day in their job, but they’re still driven to make imagery, to pick up their cameras outside of work.”

Kate Ballis is sought after for her travel and lifestyle photography. But she has a fascinating art practice – she shoots nature and architecture in Palm Springs, California, through a modified infra-red-enabled camera, rendering everything in vivid blues and purples. Largely devoid of people, the landscape she captures looks like an alien world.

Saskia Wilson, James Geer and Tom Blachford also travel abroad: Wilson to the Greek coast, where she documents a refugee resettlement camp; Geer to Antarctica, where he shot the beauty of shrinking icebergs and the reality of rising sea levels; and Blachford, known for photographing modernist architecture by night, to Japan, where he focuses on the contemporary face of the country in all its Blade Runner-esque glory. Tom Ross has been all over the world in his pursuit of utopia, shooting the places where idealistic ideas come up against reality.

Veteran commercial photographer George Apostolidis brings a selection of his work from the height of the ’80s, from industrial products to make-up brands. The technical processes were very different back then, yet his images remain very much contemporary. “He’s been really reinvestigating the high-end power ’80s look, and how he created those … hand-cutting photos to make montages, and re-photographing them,” says Harding. “These days it would be a few clicks of the mouse.”

It’s a diverse range of works, visually stunning and thought-provoking, all with real passion behind it. Each artist will discuss their work over the weekend. And it’s all for sale.

“This show is all about supporting the artists,” says Harding. “And the best way to support an artist is to buy their work.”

Harding says the main influence of these artists’ commercial practice on their artistic practice is total mastery over the technical aspects of photography.

“The quality is out of this world,” he says. “These are people who are very, very skilled. There’s a real sense of control. Whatever they’re looking to capture, they know the best way to do it.”

The CCP Photo Fair is at the Centre for Contemporary Photography from August 15 to 18. More details here.

This article is produced by Broadsheet in partnership with the Centre for Contemporary Photography.