We caught up with the Lyon native ahead of her Australian tour to talk about the music scene in her hometown, Edith Piaf and singing in French. 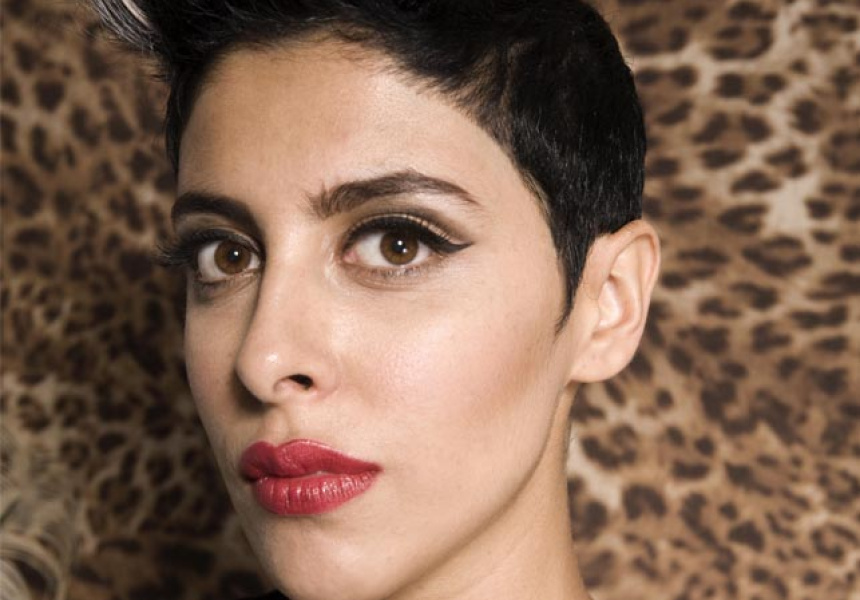 Of all the French artists we’ve spoken to ahead of So Frenchy So Chic in the Park in January, Carmen Maria Vega is probably the most removed. She resides in Lyon, a two-hour train ride from the French capital. But it’s not just geography that separates her from SFSC artists like Melanie Pain and Nadeah Miranda, who live and work together in Paris’s creative 10th and 11th arrondissements. Carmen Maria Vega’s inspiration comes from an entirely different place – a love for film and an education in the arts.

Chatting over the phone, she has a beautifully soft French accent, full of cheeky little laughs and upward inflections. She speaks less English than many of the other SFSC artists and explains that while she would like to sing in English (like Miranda and Pain), she feels much more comfortable expressing herself in French. “We have a lot of French groups who sing in English, like Revolver or Phoenix,” she says in broken, meandering English. “I think sometimes it is more easier to express yourself in English because the language is more musical. The French music is very direct, but for me, I don’t really speak well in English and it’s much easier to sing in French.”

While her voice is hushed over the phone, Vega’s songs ripple with condensed French phrasing and powerful vocals. This is the thing that separates Vega from many French artists. Her songs are arranged and styled like British pop music, but her execution is distinctly and utterly French.

And that is where Vega’s music derives much of its energy. There is a tension in all of her songs between light and dark, joy and despair, English and French. When asked of her influences, she says her musical upbringing was a little rebellious – she was always trying to find music her parents didn’t listen to. “In Lyon there is a lot of French music. Not so much rock. I started music at school and I discovered Pink Floyd and Queen and U2,” she says.

Vega discovered influences from America and Britain before she even thought about music from her local Lyon or wider France. “I grew up with pop music, but my parents didn’t like English music,” she recalls. “They listened to Edith Piaf and older French music.”

Vega’s live show, which was crafted in the small bars and cafés in the heart of Lyon, is key to her artistry. After picking up her playing partner, guitarist Max Lavegie, in 2005, the pair have amassed a huge number of shows together. “I was counting with my manager the other day and I think now we are passed 600 shows. We made the albums at the same time…I never slept, that is my secret,” she laughs.

Vega was approached by Universal Records without even so much as a demo tape in 2005 and began recording her first record in 2008. The self-titled debut was critically acclaimed, going on to be nominated for prestigious Prix Constantin (the French equivalent of the Mercury Prize). For the album she recruited guitarist Sebastien Collinet and drummer Toma Milteau, with the band recently growing to include bassist Oliver Smith, who played on Vega’s sophomore album Du Chaos Naissent les Etoiles.

Before Vega heads out onto the streets of Lyon to do some grocery shopping, we broach the topic of her acting career. Earlier this year she had a supporting role in Le Jour de la Grenouille, a French drama directed by Beatrice Pollet, and she hopes to incorporate more of her skills from acting into her live show and continue both careers into the future. “People from cinema want me to be an actress, because they saw me at my show. I hope to do both,” she says.

Vega is a little apprehensive about singing in Australia, because she doesn’t portray the soft side of Melanie Pain or the sass of Nadeah Miranda. What she does have is rare confidence and presence on stage. “I don’t have time to translate all of the songs (for Australia), but I think the music is universal. So we are going to translate between the songs so people understand what the song is about,” she says.

Carmen Maria Vega and her band are playing at So Frenchy So Chic in the Park on January 20, 2013. For more information visit the festival website.