In camera and in public at CCP

Part of the Melbourne Festival, CCP’s In camera and in public exhibition implicates its audience in a study of what it means to watch and be watched. 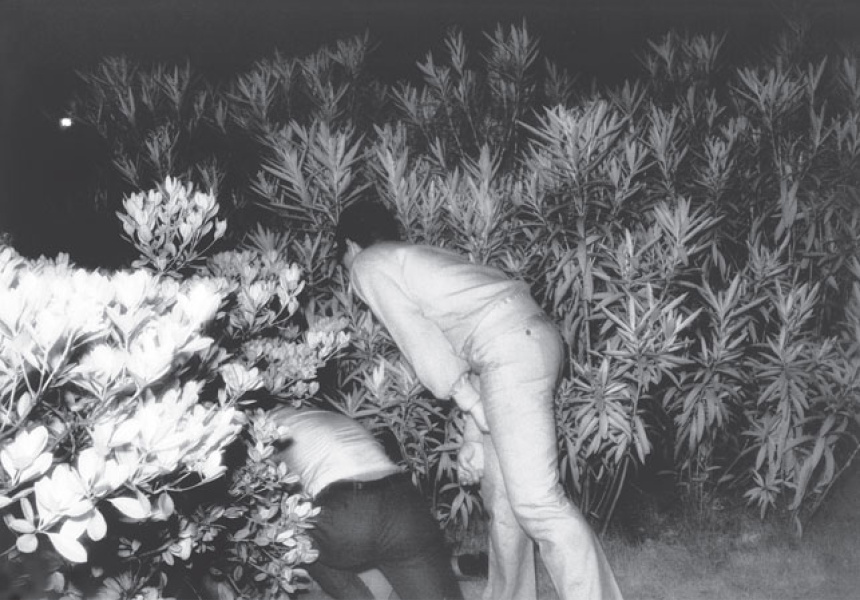 “Where is the camera in relation to these people?” asks Naomi Cass, Director of the Centre for Contemporary Photography. “In a physical relationship and a moral relationship?”

She’s describing the crux behind In camera and in public, an exhibition curated for the Melbourne Festival that explores in notions of privacy, observation and intrusion, and studies our varied reactions to watching and being watched. It questions the relationship between the camera and subject – especially when the subject is unaware.

“You get a sense of the panopticon, of the all-seeing eye of God,” says Cass. “What one senses are these creeping voyeurs.”

Occasionally disturbing, the exhibition provokes the audience not so much by revelling in the acts of others but by making the audience accomplices to the very act of watching. “They’re about looking and not understanding,” says Cass. “You really are implicated in the voyeurism.”

In camera and in public runs from Friday September 16 to Sunday October 23 as part of the Melbourne Festival.