Building on Melbourne’s Past

Many old warehouses and factories that once supported Melbourne’s industries are being pulled down, but their timber is finding new life. 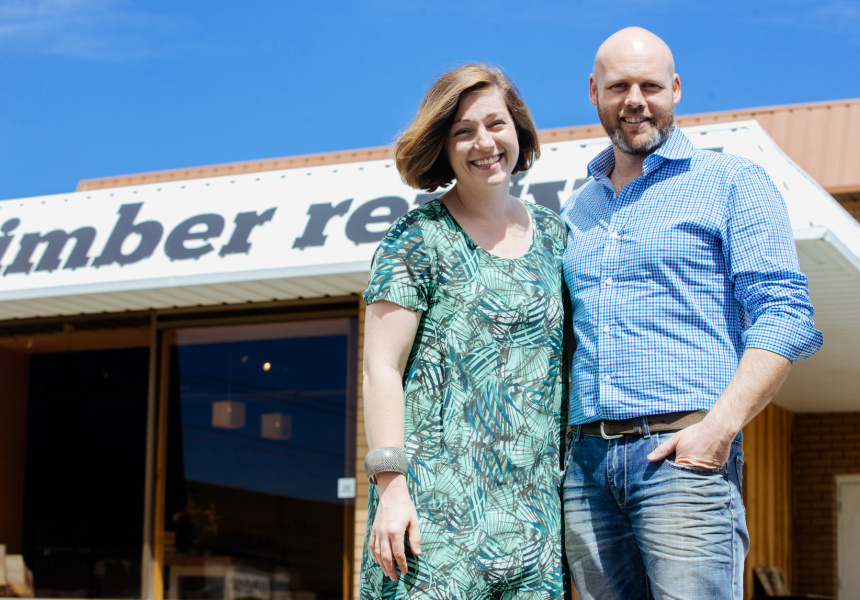 Melbourne can sometimes seem like a place where the past doesn’t stand a chance, as the old is torn down to make way for the new.

But pieces of the past can be saved. Companies such as Timber Revival reuse and recycle the timber from Melbourne’s old buildings.

Husband and wife team Aaron McKirdy and Bree Anastasi had been involved in another timber merchant business for three years before deciding to go out on their own.

It was around this time, a few years ago, when McKirdy was driving past the old Dimmeys & Forges warehouse in West Footscray and noticed demolition trucks out front. He pulled over to have a chat, and ended up getting enough wood out of the site to start up their own business.

“We just love it when you can sit down at a bar, and the bartender can tell you the history of it while you’re admiring it,” says Anastasi, who handles sales and marketing at Timber Revival. “We love knowing the ins and outs of a thing. You walk away knowing a bit more about the city.”

If you’ve seen the recent renovations at the Northcote Social Club, you’ve seen Timber Revival’s work. “It was a complete fit-out there,” says Anastasi. “We supplied timber for the three bars, the tabletops, all of their outdoor tables.” The source of the timber used was the Tottenham Munitions Stores, which opened in 1944 near the Tottenham rail yards as part of the World War Two-era expansion of defence stores warehouses in Melbourne’s western suburbs.

Telling the story behind the timber it provides has always been at the heart of Timber Revival. “There’s a whole range of people out there who are romantics just like we are,” says Anastasi.

Over the past two years, Timber Revival has sourced wood from the old Smorgon Meatworks in Tottenham, the Bonds Factory in Claremont Street, South Yarra, the old Ramler Factory in Cheltenham, and the Melbourne Theatre Company production headquarters in South Melbourne.

“That was a really great site to be involved in,” Anastasi says of the MTC building. “It was really beautiful stock, and the history of it really brought it to life.”

While it does provide timber for private homes, over the past year or so Timber revival has been increasingly focusing on retail and hospitality spaces, especially cafes and bars. Alongside the Northcote Social Club, timber from the Tottenham Munitions Stores alone has gone into the counter and shelves at the Convent Bakery in Abbotsford, the benchtops at BuonGusto cafe in Ivanhoe East and the fittings for Edward Scissorhands Barbershop in South Melbourne. They’ve also supplied Woodfrog Bakery in Kew with timber from a car factory in Brighton and Anchovy restaurant in Richmond with wood from the old Melbourne Theatre Company in South Melbourne, to name a couple more.

One of the difficulties of sourcing timber is that often, for demolition crews, time is money. “They basically want to come in with their excavators and knock it down, which damages good timber and creates more waste,” says McKirdy.

So Timber Revival has been working towards providing its own labour force to, where possible, remove the timber itself. “That way we can make sure that it’s in a condition that is more salvageable than it would be if they’d pulled it down with an excavator.”

Going into a site can also sometimes be a bit of a gamble, with McKirdy and his team never quite sure of what they’ve found until they start working with it. “We collected wood from one site out in Glen Waverley,” says McKirdy. “We didn’t suspect anything until the guy who was processing it said, ‘Gee, this is really heavy material’. It wasn’t until we machined it all down that we found it was all blackbutt, which is of a much higher value. Turned out it was double what we thought it was worth.”

Modern building methods might mean that the days of the timber warehouse are over, but the popularity of Timber Revival’s products suggests that wood in all its forms isn’t going anywhere in a hurry. “I think that timber is a material that’s always going to be used,” says Anastasi. “It’s something that people always come back to.”

Timber Revival has supplied recycled timber for Broadsheet’s office furniture. Broadsheet is a proud supporter of the sustainable nature of this company and its work. 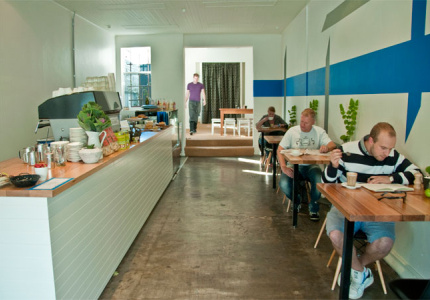