After two years in Byron Bay, artist David Bromley and his wife Yuge Yu have returned to Chapel Street with their gallery-meets-homewares store, Bromley & Co. 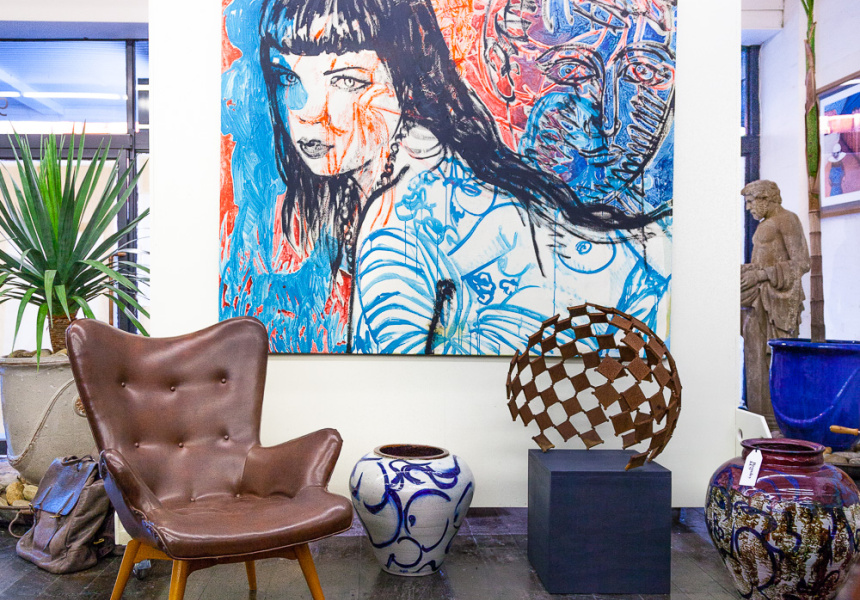 One of Australia’s most prolific and in-demand commercial artists, David Bromley is accustomed to juggling creative projects.

Between designing fit-outs for Singapore’s Potato Head, interiors for 72-storey Prima Pearl on the Yarra River, visual arts for the Adelaide Cabaret Festival and working with the Charles Blackman Trust, Bromley has opened the new retail gallery Bromley & Co up the Windsor end of Chapel Street.

Taking over the double-fronted warehouse once occupied by Metro Furniture, Bromley & Co is a combination of art gallery, fashion boutique and homewares store, filled with an eclectic collection of beautiful objects, textiles and clothing. "It is a whole minestrone of things that make up the expression of your life," says Yu.

The sense of curated, organised chaos at Bromley & Co reflects the personal aesthetic of Bromley and Yu. "I think it’s definitely the two of us. It really just is a representation of what it is that we do, and what fascinates us,” Bromley says.

"It is a different way of looking at fine art,” says Yu. "It doesn’t have to be in a white-walled gallery that has nothing else in it. We like the idea of putting fine art next to homewares and fashion and Italian leather shoes. " When it came to choosing what to stock in the store, Bromley says, “It was pretty organic. We have quite a large network of people whose work we admire and respect,” says Bromley.

When it came to finding a location for their joint store, the spacious building was the real selling point. However, the location is a fitting homecoming for Bromley, who has long worked out of a massive studio above JB Hi Fi on Chapel Street.

While the Chapel Street store has just opened, the couple is already on to the next venture – a second Bromley & Co outlet due to open in three weeks in Daylesford where the pair lives.

And as if they weren’t busy enough juggling their retail projects and interior design work, the couple also have an 18-month-old baby, one of five children between them. 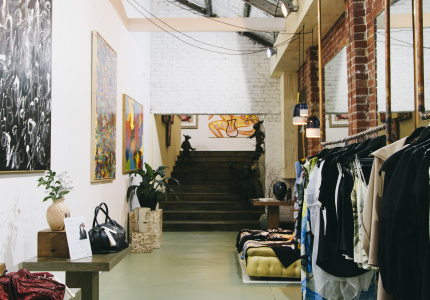