In amongst all the excitement of the Broadsheet Cafe, we’ve also just released the autumn print issue of Broadsheet. 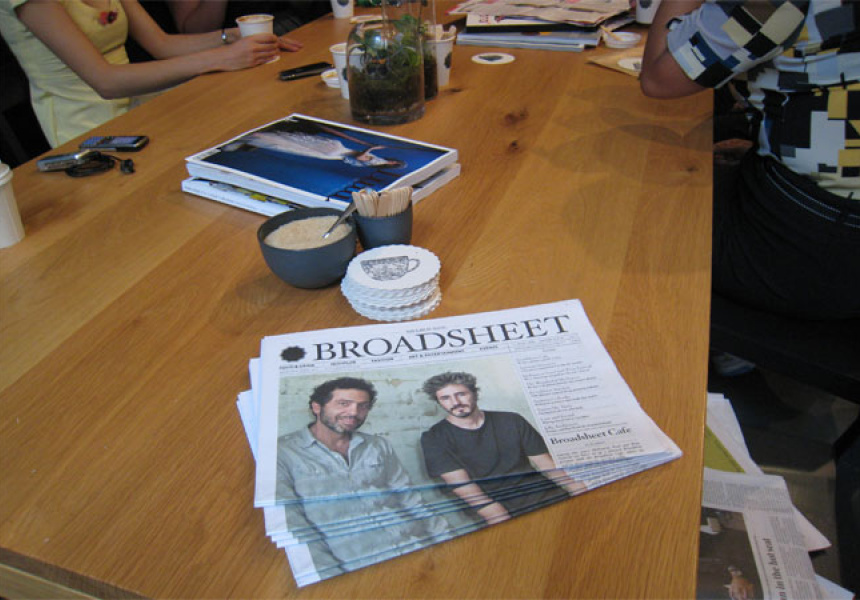 In amongst all the excitement of the Broadsheet Cafe, we’ve also just released our autumn print issue. It hit the streets late last week, so should now be filtering through cafes and shops all over town.

March is a great time of year in Melbourne; festival season is upon us. We are in the midst of the Melbourne Food and Wine Festival and L’Oreal Melbourne Fashion Festival (LMFF) opens next week. Food, drink and fashion also happen to be the things people want to read about most, so it made sense that the autumn issue was heavy with these.

For the cover, we’ve talked to Hootan Heyderi and Jono Hill, two guys who can be noted for developing a cafe culture in the northern suburbs with their cafe A Minor Place. Their new venture Wide Open Road opens this month. We’ve been pretty excited about the Food and Wine Festival, so have included out tops picks for the festival. We also spoke to the jelly architects Bompas & Parr, and photographed some locals with food tattoos.

On the fashion front, we caught up with the new Creative Director of LMFF, Grant Pearce, to see what sort of direction he’s taking the festival this year. There’s also a profile on local label, Dress-Up, who is nominated for the renowned Design Award at the festival. James Cameron has produced another beautiful photo shoot for this issue. Shot by Paul Barbera, who we wrote about in our last issue, this shoot features some of our favourite Australian designers in our favourite all-day bar, Cavallero.

Pick one up at the Broadsheet Cafe when you’re there getting a coffee. 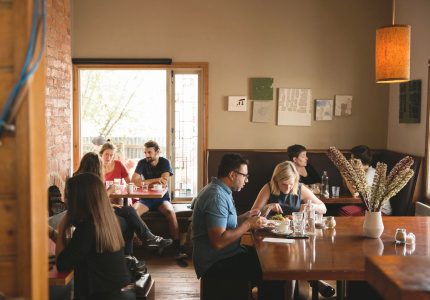