Spring is here and so is our latest print issue. 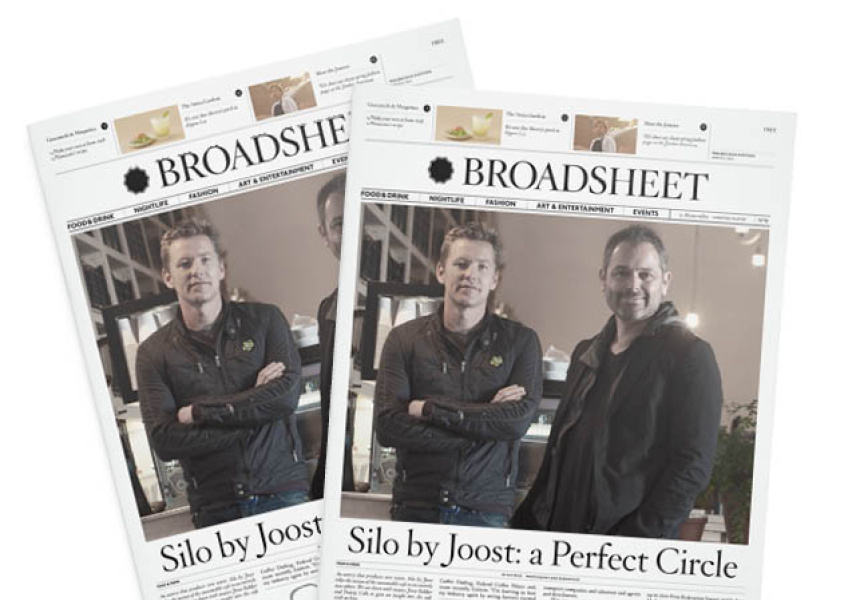 We’ve been looking a little further afield this issue. Sometimes we keep our heads buried so deep in our own surrounds that we forget to stop and look around once in a while. It’s easy to do in winter. So for this issue we’ve unwrapped our scarves and thawed our red noses so we can sniff around a few places beyond our own doorstep.

We’re getting back into the garden, specifically Ben Shewry’s. He’s planted a veggie patch at the historical Rippon Lea Estate and, with his fellow Attica chefs, is growing herbs and leaves you can’t buy from a grocer. To top it off, he’s serving them in his restaurant just around the corner. Hilary McNevin spent an afternoon with Shewry getting her hands dirty as they dug up beetroots, tansy and all sort of other things that bloom in spring.

Over in another historical home, James Cameron visited the Labassa costume collection to rediscover garments from a time when Melbourne was at its most fashion forward, which wasn’t yesterday.

We know that Mexican food has been hot on our lips for the last little while. But while our appetites have grown, so have the queues at our Mexican venues, so we got the recipes for a winning combo – guacamole and margaritas – that you can make at home. They’re from Melbourne’s first (and still favourite) taqueria, Mamasita.

We’ve also noticed that while people get so caught up in giving chefs a serve, we rarely critique our bartenders. So with the help of our man behind the bar, Dave Kerr, we’ve put together a guide to what you should be looking for next time you order your Manhattan.

Speaking of the Big Apple, we dropped into visit Aussie expat in New York, Peter Lawrence, for our Dispatch column. He’s one of the partners behind the striking new Wythe Hotel on the waterfront in Brooklyn. And while we were there, we noticed a little something coming our way from America in the form of the familiar white subway tiles of Schiller’s Liquor Bar.

There is also lots of art and music to soak up this spring with, most notably, the Melbourne Festival on our doorstep.

But a very new development and one we’re really excited about – hence its position on the cover – is Joost Bakker and Danny Colls’ new cafe, Silo. Taking eco-friendly to a new level, the pair have created a cafe with no bins and no waste. Contributing editor Dan Rule and editorial assistant Bree Johnson take you through the life cycle of a sandwich and a coffee at Silo. It’s the best thing since sliced bread!

Head in to your local cafe, bar or shop and pick up a copy this weekend.