The winner of the first Mercedes-Benz Design Award by Broadsheet has been announced. Chosen by a panel of judges from Jardan, Mercedes-Benz, and Broadsheet, Mitchell claimed the award for Noughts And Crosses – his refined, free-standing planter boxes which provide an elegant indoor solution to a lack of garden space at home. Presented the award by Mercedes-Benz marketing manager Emma Longden, Broadsheet director and publisher Nick Shelton, and Jardan owner Nick Garnham, a stunned Mitchell will have his winning design added to the Jardan range. He will also be mentored by the Jardan design team to see it in to production.

“This is an amazing opportunity and I’d like to say thank you to Mercedes-Benz and Jardan for putting it all together,” Mitchell said as he accepted the award. “It can often be so hard to start out in this industry and something like this is a great opportunity to get going.”

“It was our goal to create a design award as a way of uncovering and celebrating great Australian design,” Longden told the crowd before the announcement. “Not just Australian designers, but anyone who has a great design idea.”

Jardan’s Nick Garnham was impressed with the originality of Mitchell’s design. “That’s one of the main things we were looking for,” he said. “Having something original and bold that can go in every home is a tricky thing to achieve, but he’s done that very well.”

Also in attendance were the two runner-up finalists, Sydney-based Joshua McKean with Dudley, his smart proposal for a modern drinks trolley, and Bianca Isgro for Outlier, a clever three-legged chair.

"We were looking for something that every Australian would want in their kitchen or dining space," said Shelton at the ceremony. "We were overwhelmed by the response to the competition and such impressive entries, as you can see from the finalists here tonight."

“We were overwhelmed by the passion and love the entrants put into their work,” Garnham said of the more than 120 entries received. “It was really hard work bringing it down to three finalists.”

A special mention was given to Andrew Wright for Rush – a cup, saucer and dessert set referencing tools used to pan for gold during the gold rush. With its copper-like appearance, Rush appealed to Garnham and Jardan lead designer Tom Shaw for its nod to Australian heritage and culture, something they aim to achieve with their own pieces.

“We really liked the story behind Andrew’s design, Garnham said. “He tapped into something that captures the hard-working, durable Australian spirit. It’s a nice touch point with Jardan and what we stand for.”

After the ceremony, Mitchell said he’s excited to see Noughts And Crosses added to the Jardan range.

“I think my problem is that I like designing everything,” he laughed. “But this will encourage me to really focus on furniture and see how far I can go in that area. Jardan is such an incredible brand and it’ll be amazing put my name next to theirs.” 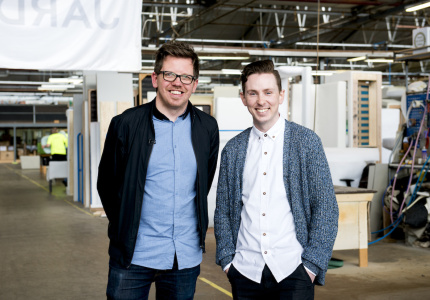 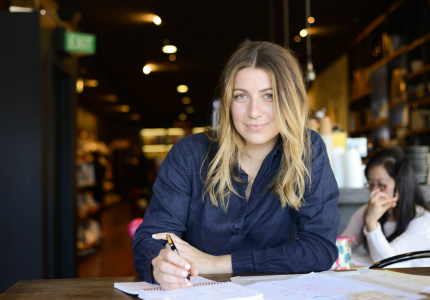 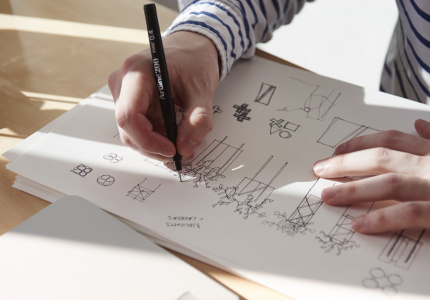