Geometry, eye-catching design, striking colour and revolutionary politics – a look at a century of constructivism and the avant-garde. 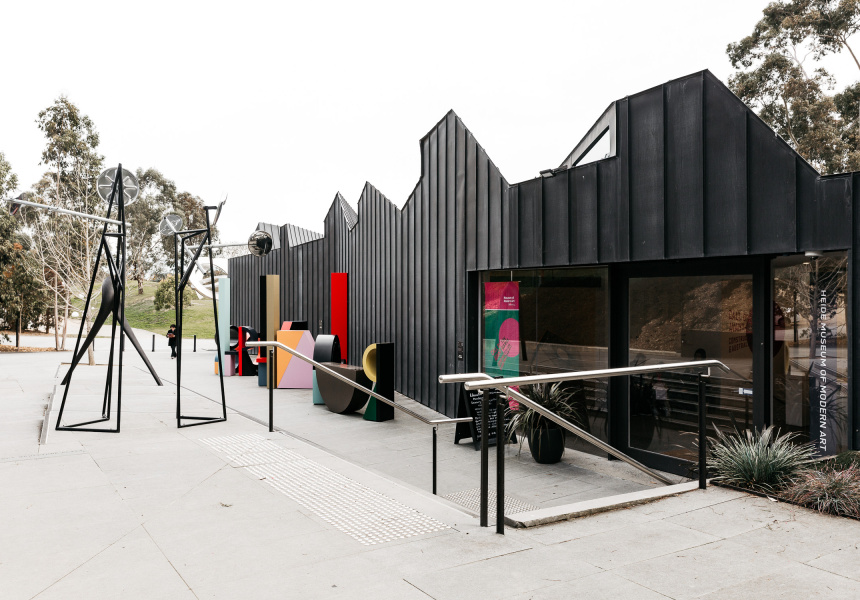 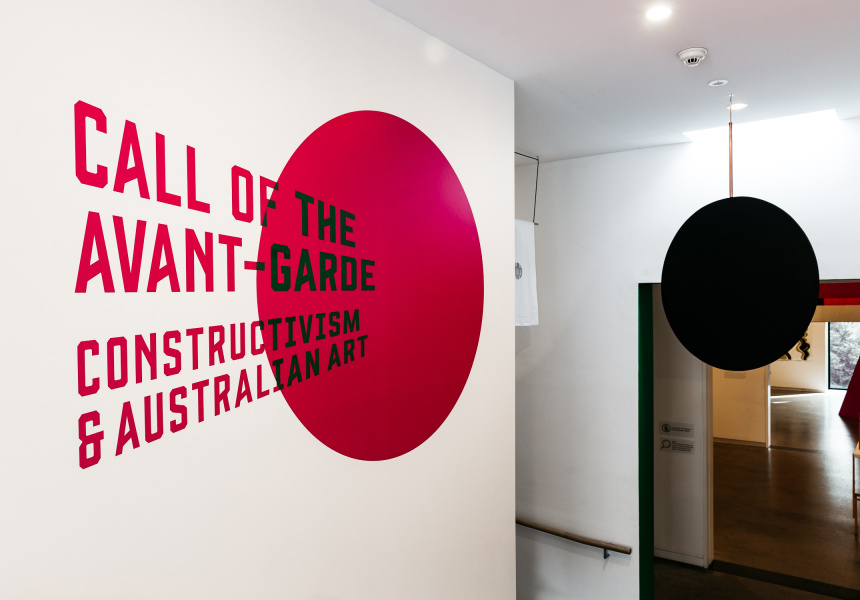 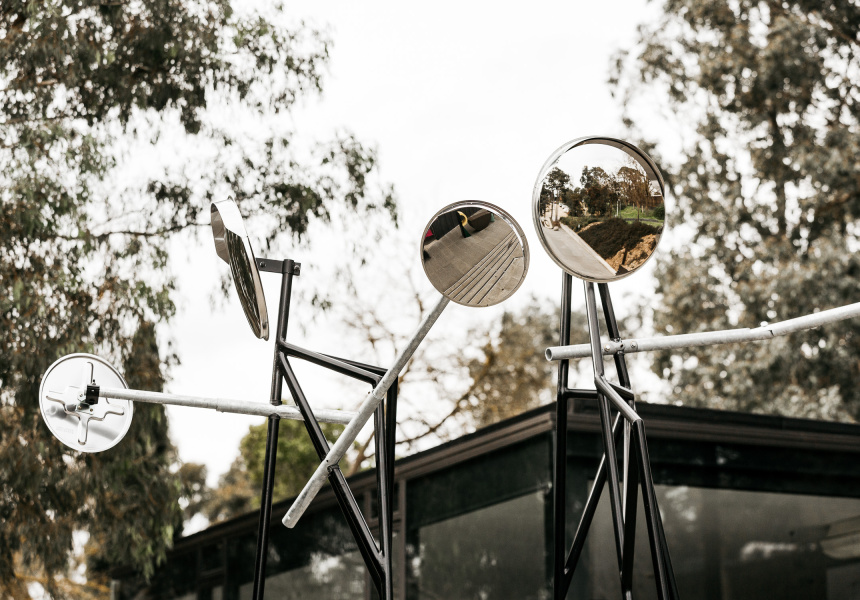 One hundred years ago, in the wake of the Russian Revolution, a bold new international art movement emerged, influenced by architecture, abstraction and a connection to the real world. It’s adherents created sculptures that looked like scale models of cranes; paintings recalled propaganda posters. A century later, it’s still with us.

Heide’s new show, Call of the Avant-Garde: Constructivism and Australian Art, charts the movement – its riotous colour and line simultaneously hypnotic and galvanising – throughout the last century of Australian artists.

The early constructivists sought to create a revolutionary new art form to match the revolutionary times. Debates were held at the Institute of Artistic Culture in Moscow about the function of art – it could no longer just be art for art’s sake. They wanted something that engaged with the world without using the traditions of realism, and the results were minimal, kinetic abstractions. The experimental movement was soon suppressed by the Soviet regime, which preferred something a little more realist and literal. But constructivism never really went away. It re-emerged in Europe, and then in Australia in the 60s, where artists continue to draw on its principles today.

Across 100 years and more than 233 works, the form of it may vary, but the basic concerns with geometry, sharp lines and stark colours don’t change. But the context does: the movement was spurred by revolutionary times, but what it all has in common isn’t necessarily politics.

“It’s small ‘p’ political,” says exhibition co-curator Sue Cramer. The movement is “knowing of the world, and aware of trying to see art as a space of experimentation”.

“When they used recycled materials, it wasn’t an environmental gesture,” she explains. “It was out of resourcefulness, and about an integration of art and life.”

The political legacy of the movement is also here. On one side of Emily Floyd’s Field Libraries you’re presented with bright sculpture reminiscent of building blocks – on the reverse side, the structure is filled with shelves that hold papers on socialist and feminist theory. Her work is clearly polemic, but she engages the imagination while educating and inspiring action.

Over at Heide 2, set against the building’s mid-century modernist architecture, the focus shifts to mid-century constructivism.

This era represents a far more pleasant and lyrical incarnation of the movement. Margo Lewers’s Orange on Grey (1971), an abstract sculpture made from translucent, reflective orange plexiglass, is about playing with the light of its surrounds. Wearable textiles from MHKP (Melinda Harper and Kerrie Poliness) and Sarah Crowest hark back to the early constructivist assertion that art should be useful – Crowest’s aprons draw on questions of class and feminism.

The movement’s bold approach to graphic design, initially used in propaganda posters and flyers, is of course still everywhere. You can’t hold a good movement down.

Call of the Avant-Garde: Constructivism & Australian Art runs at Heide until October 8.